Do crypto exchanges need a backup for AWS?

One of the major advantages cryptocurrencies offer is decentralization. It means that unlike a central source from where all the transactions are authorized, cryptocurrencies don’t require that. This gives major advantages in respect of security and efficiency. However, it’s a different tale to say that just because the technology is decentralized, it can freely perform in the world without any sort of centralization.

Recently, we heard the news about major crypto exchanges such as Coinbase and Binance crashing due to issues with the Amazon Web Services (AWS). AWS basically offers web services for a major part of the Internet. While the crypto technology is decentralized, it has to rely on a centralized source. This is so that it can offer an interface through which a user can operate. Why is it so? And more importantly, is there any way we can offer an alternative besides this?

Crypto Exchanges rely on AWS for their front-end interfaces.

No crypto exchange can work if they don’t have a front-end. Front-end is basically the interface on which the user interacts. It receives operations from the users and passes them on to the back end that performs those. In other words, Front-end acts as a messenger between the user and the back-end.

Out of all the options available to companies, AWS remains the preferred one. Why so? AWS had the first-mover advantage, which gave it a significant pull compared to the other offerings. Since AWS ‘created’ the cloud services segment, a lot of its affiliated software and technologies developed keeping AWS in mind giving it far more flexibility and options. Overall, AWS remains the first choice for crypto exchanges and a far bigger part of the internet traffic.

While AWS has remained up-to-the notch, with the increasing amount of traffic, things can go south.

It’s no secret that internet traffic has mounted up exponentially over the years. It’s not just the number of users but the average time & data consumed on the Internet, which has also increased tremendously. Other than that, Internet has far more applications than it used to a couple of years ago. This means a greater workload on the cloud services that ‘basically’ run the Internet. Due to this, it’s not uncommon for many major services across various segments to go down for some moments.

Are there any possible alternatives that crypto exchanges can do to avoid such incidents?

When opting for an alternative, the first thing that comes to mind is choosing an alternative cloud hosting service. The market has a lot of competitors over the years involving Google Cloud Services, Microsoft Azure, etcetera that more or less offer what AWS offers. It’s definitely not wrong to say that AWS has the edge in this market, but at times of trouble, the alternatives can provide much-needed assistance in times of distress.

If we look beyond the centralized options, crypto exchanges can develop their grounds-up solution independent of any other cloud hosting services. Through this, they can offer a more suited system according to their needs without relying on any other service. Also, since it is developed only for specific crypto exchange, it’s much easier to troubleshoot and fix whenever some issue pops up.

It has a disadvantage, however. Developing such a system requires significant investment. Other than investments, creating such a system requires a lot of fine-tuning and development that only the established ones can do. Not only that, this doesn’t guarantee a fool-proof system and the crypto exchanges will have to constantly tinker and develop their hosting service for an experience matching the current offerings.

There is one thing that crypto exchanges can offer that can co-exist with the traditional offerings and can come in real handy whenever the abovementioned issues pop up.

Crypto exchanges should offer a basic version, stripped of features through which they can perform tranasactions whenever the front-end goes down.

It’s not difficult to develop a barebones version through which users can at least perform and manage their transactions. It doesn’t need to have all the features of the main counterpart, only the absolute necessary operations that a majority of users perform. This can become a separate entity without any connections with the front-end and directly ‘talk’ to the back-end. What’s more? Since it is a relatively lighter package, the deployment of various hosting services is easier. In the meantime, this service can cater to the audience until the main website goes back up. This gives users a much-needed assurance in such situations. Also, it can become a disruptive feature, enhancing its dominance against its competitors. 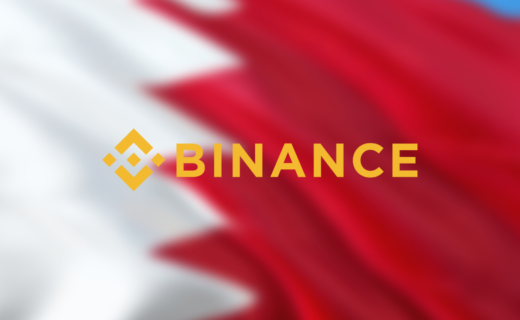