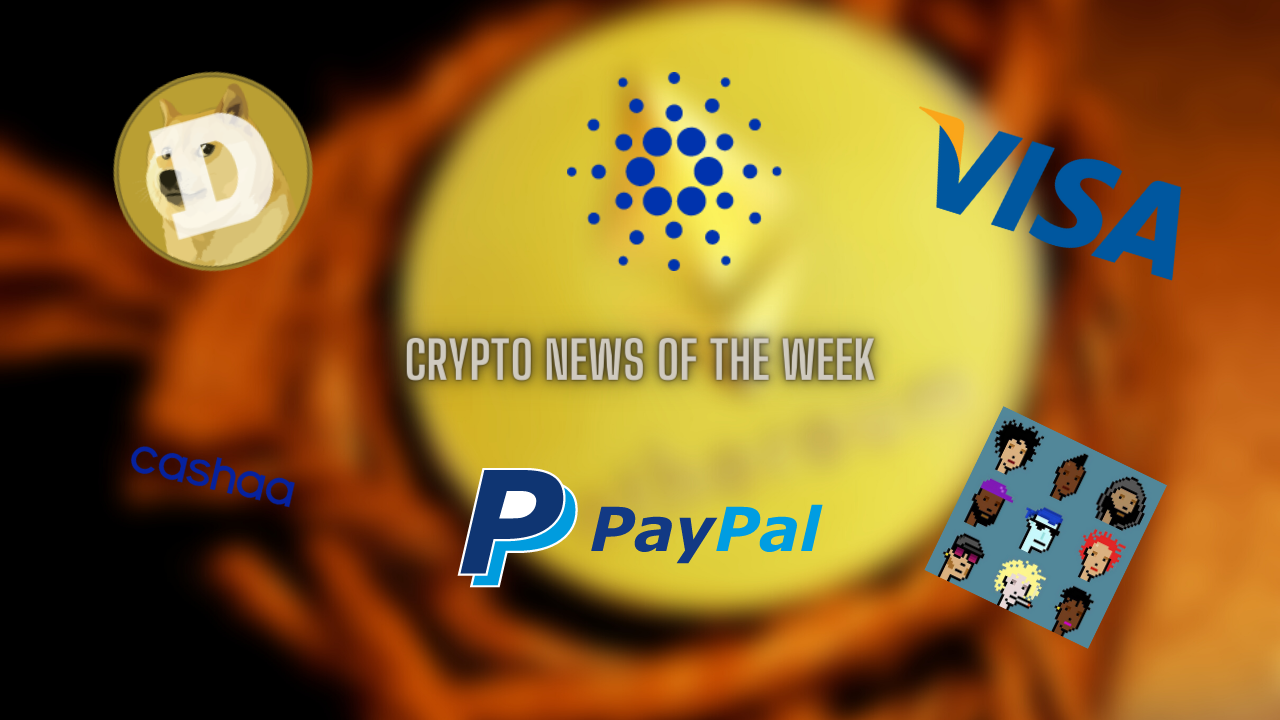 Cardano’s recent price rally meant it overtook Binance Coin as the third-largest crypto coin. On the other hand, the popular Japanese crypto exchange Liquid Global suspended deposits and withdrawals due to an unfortunate hacker attack. What’s more? Let’s talk about it in this week’s crypto roundup.

DOGE has a foundation named the Dogecoin Foundation. This organization aims to support the development of the meme coin through advocacy, governance, and trademark protection. While the organization was formed a long while ago, it became inactive over time and eventually dissolved.

However, the foundation is now hoping to secure a three-year budget so that it can hire a small staff to work on DOGE full-time.

Currently, the foundation comprises some well-known members including Ethereum’s co-founder Vitalik Buterin. He is serving as the foundation’s “blockchain and crypto adviser.” There’s also an individual who is a close aide to DOGE ‘fanboy’ Elon Musk. Developers of the DOGE network are also in the foundation. The main focus of the organization is to accelerate the development effort through supporting current Dogecoin Core and future Dogecoin Developers.

Liquid Global Crypto Exchange suspended its services due to an hacker attack.

In an unfortunate case, Liquid Global, a Japanese crypto exchange, has suspended deposits and withdrawals due to a hacker attack. The company gave this news through their Twitter account.

They also stated that compromises are on their warm wallets. Moreover, it is shifting its digital assets to an online storage system preventing further attacks. Currently, the amount of tokens stolen from the exchange is unknown.

However, estimates are pointing upwards of $90 million including cryptos like Bitcoin, Ether, Ripple, Tron, etcetera. Now, the company also stated about their process of recovering those stolen assets through working with other exchanges. This is so that they can freeze those funds.

One of Ethereum’s dominant competition has just surpassed Binance Coin in terms of market cap, reaching $80 billion. This is due to the fact that Cardano (ADA) jumped 25% in a two-day surge.

Cardano jumped as high as $2.58 that day after which a major sell-off dropped its price to below $2.50. However, the coin recovered soon enough and was trading at $2.50 per coin. It has had a terrific growth record with explosive gains this year especially. The growth of this year was more than 1,300%!!

Moreover, Cardano is riding along on a lot of expectations from the community due to its potential of massive use-cases similar to the dominant Ethereum. This is also the reason for the massive surge of Cardano. It is due to the optimism that a supposedly better-performing blockchain infrastructure is coming up soon. Cardano will soon support smart contracts thanks to the ‘Alonzo’ test net expected to arrive in October.

Full Story: Cardano surges ahead of BNB, is now the 3rd-largest crypto

Popular meme-coin DOGE has just received a new software update that will prepare the network for transaction fee reductions in the future.

According to the DOGE core developer, the update will “reduce the default fee requirement 1000x for transaction relay and 100x for mining.” He also added that the new update is the first two-stage update to decrease the fee recommendation.

Dogecoin’s average transaction fee is 2.46 DOGE ($0.779). The developer community is planning to revamp the revision to a default fee rate of 0.01 DOGE. So, lower transaction fees will enable increased adoption of the meme coin.

Crypto users will use the meme coin and make the network competitive with other cryptocurrencies like Litecoin and the premier crypto, Bitcoin.

Paypal introducing Crypto Services for the customers in the UK.

Residents of the United Kingdom (UK) can buy, hold and sell crypto through PayPal, marking a significant milestone for the payment giant. They had started offering digital asset services about a year ago.

The global payments provider announced that the UK residents can access Bitcoin, Ethereum, Litecoin, and Bitcoin Cash through the company’s website. They can also access it through the PayPal mobile app.

On a side note, with this new addition, PayPal can increase exposure to digital assets in the UK. Moreover, PayPal has the highest concentration of active users in the United Kingdom, with over 2 million active users.

Bitcoin mining in China is steadily down due to the government ramping up its crackdown. While this has created a big vacuum in the global crypto mining scene, much of mining activity is quickly shifting to other countries including Iran, United States, and Kazakhstan.

And a recent study shows that Kazakhstan is currently the third-largest producer of Bitcoin processing power in the world behind China and the United States. China’s share of global bitcoin mining power declined from 75.5 percent to 46 percent over the months of May and June. During the same period, the global mining share of Kazakhstan rose from just 1.4 percent to 8.2 percent.

This is because Kazakhstan created a relatively comprehensive legislative environment. Crypto mining is legal, Investors have to take approval from the National Security Committee and notify the Ministry of Digital Development. Moreover, Kazakhstan treats cryptocurrencies as property.

Full Story: Kazakhstan is No3 in crypto mining

European soccer’s top clubs are gaining a significant amount of money with virtual fan tokens. In exchange for these fan tokens, users have their say in certain club decisions.

The virtual token selling app aims at younger fans who want to demonstrate their devotion. The cost of these tokens is generally around 2 pounds ($3) each. The number of tokens a user is holding is directly proportional to the number of benefits received.

The clubs earn revenue in the form of direct payments from the token retailer company. But not everyone is pleased with it. The U.K.’s Football Supporters’ Association has told that it had received various complaints regarding the platform.

Cashaa partners up with Polygon for their new DeFi solution.

Cashaa, a crypto-friendly bank has partnered up with Polygon, a layer two solution on Ethereum-compatible blockchain, to release a bridge. Through this bridge, users can users quickly move their CAS tokens from Binance Smart Chain to the Polygon Network.

Cashaa, with its platform, wants to help crypto businesses access banking infrastructure. The platform has started offering personal accounts across the globe, starting with India.

Full Story: Cashaa partnering up with Polygon for their DeFi solution to the masses

Visa is looking into the increasingly popular NFT industry. They stated to have purchased a “CryptoPunk” non-fungible token (NFT) for nearly $150,000.

The head of crypto at Visa said that this purchase was to show that the company is “not shying away” from taking part in an ascendant sector of the art market. He also thinks that the NFT market requires banks to mediate between NFT creators and larger audiences.

People greeted Visa’s move as a validation of their strong interests. Also, with Visa’s big purchase, CryptoPunks demand grew significantly. As a result, many auction houses like Christie’s and Sotherby’s offered CryptoPunks for selling their NFTs.

CasperLabs has announced its partnership with one of the most popular cloud infrastructure platforms. Now, developers and organizations deploying nodes on the Casper Network can directly deploy node infrastructures and design private networks.

With the worldwide reach of AWS, node operators on the Casper Network can quickly and securely deploy nodes all around the world. Moreover, enterprise teams and consortiums can quickly architect and deploy private networks for solving their business problems.

Casper Network can also take advantage of AWS developer support tools along with an ecosystem of partners.

What does Celsius Network offe..