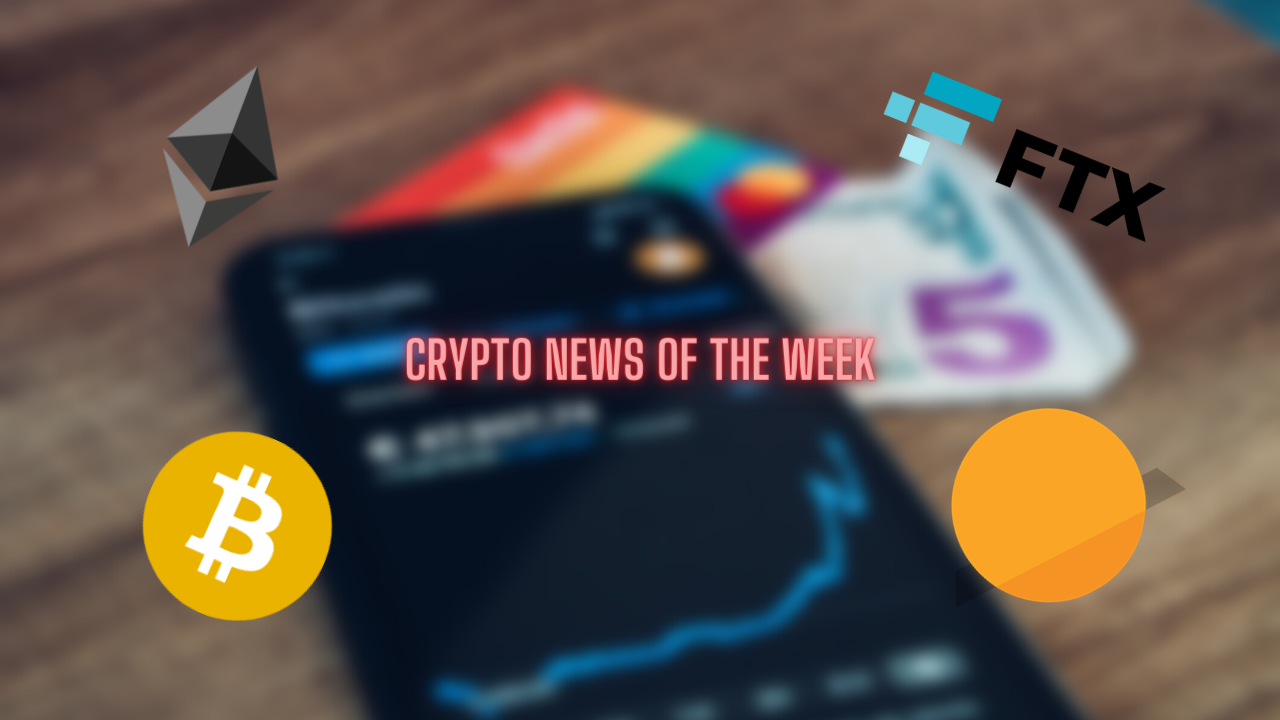 PayPal is planning to expand its reach into crypto trading. On the other hand, crypto exchanges in South Korea are shutting down due to non-compliance with regulations. Overall, it was an eventful week for cryptos. So let’s talk about it in this week’s roundup.

PayPal will introduce crypto trading services in the UK.

The CEO stated that PayPal is working on an open banking integration. This will enable them to integrate it into ACH, which is the company’s Automated Clearing House. PayPal’s CEO also hinted that the payments giant is taking an interest in the DeFi system. The company is also evaluating how to integrate smart contracts and decentralized apps into the platform.

Polish police have discovered a secret crypto mining operation at their headquarters in Warsaw. It turns out, an IT specialist was minting digital coins on police computers. The alleged crypto miner used police computers to upgrade with video cards and specialized software to mine digital coins, according to the reports.

Meanwhile, a Polish police representative said that the case has already been transferred to the District Prosecutor’s Office.

Pakistan cricket legend Shoaib Akhtar announced that he would auction his own NFT on Waqar Zaka’s blockchain platform, TenUp Nation. The fast bowler announced on Twitter about its collaboration with TenUp Nation.

TenUp’s cricket NFT marketplace is a tokenized platform for digitized cricket art pieces. With the NFT launch imminent, Shoaib Akhtar can exchange his digital copyrights in the world of cryptocurrencies. This also brings a fresh air of air for local investors who want a regulated cryptos experience in Pakistan.

Previously, Cricket legend Wasim Akram launched its NFT on the Binance NFT marketplace. That NFT was an artwork based on the fast bowler’s epic 1992 World Cup-winning campaign.

South Korea’s top financial regulator, the Financial Services Commission (FSC), plans to shut down 11 crypto exchanges due to non-compliance with the country’s regulations. According to reports, 11 crypto exchanges allegedly used fraudulent collective bank accounts. Due to this, the FSC is notifying the prosecution and the police of their alleged illegal activities.

Many mid-sized exchanges are now announcing their suspension of services.

Mastercard and CoinJar collaborate for a specialized crypto card.

CoinJar card has recently partnered with payments giant Mastercard to launch its first cryptocurrency Mastercard. CoinJar card allows users to pay through cryptocurrency wherever Mastercard is accepted. Any user just has to select the crypto for payment and automatically convert it to Australian Dollars while transacting.

This saves time as users don’t have to convert the crypto into fiat by themselves. Moreover, it becomes a seamless experience that any daily user can afford to do. The card also offers full digital wallet support through which users can instantly spend their crypto using their device or any other wearables (smartwatch).

CoinJar Card is free to activate, doesn’t charge any monthly, and has a transaction fee of 1%.

In an unfortunate incident, Bitcoin SV faced a 51% attack a couple of days ago. A 51% attack is when a crypto miner or a group of miners grabs more than 50% of the network’s blockchain.

According to an analyst at CoinMetrics, Bitcoin SV faced “some serious hashing power.” Later on, the intelligence firm corroborated his report saying that the blockchain security monitoring tool FARUM saw a 14-block reorg of the network.

A major threat is that if the miner group creates the new chain longer than the original chain, the system will switch to that chain, making the original one invalid. To prevent this, The Bitcoin Association recommended that the node operators invalidate the fraudulent chain.

The president of Venezuela has hinted that his government could give loans in crypto to the agricultural industry. In an announcement made in the cabinet meeting, he stated that the country is looking for new ways to finance domestic agriculture. These loans will feature low-interest rates.

The government’s shift to crypto shows strength deficiency in Venezuela’s own fiat, the bolivar, which is slowly losing ground against the dollar. This is also why the government is considering the redenomination of its currency.

The Venezuelan government is seeing cryptocurrency as a way to improve its economic standing.

FTX crypto exchange has launched support for Binance Smart Chain BEP-20 tokens. The company’s CEO made this announcement through a tweet.

Currently, FTX wallets actively support withdrawals for Binance USD (BUSD) and Binance Coin (BNB). Moreover, the company will soon enable users to make deposits via the BEP-20 tokens. However, the services aren’t available in the United States version of the platform. This is due to the regulatory procedures in the country.

The crypto exchange is seeing a lot of traction for itself. Recently, its latest Series B investment round saw over 60 participants. Also, FTX’s valuation jumped from $1.2 billion to a tremendous $18 billion. That is an increase of more than 1400%!!!

A senator of the Oriental Republic of Uruguay has brought a bill seeking to allow cryptocurrencies in his country. By the bill, digital coins will be recognized under the law. Also, local businesses can legally support them, and therefore residents can use them in day-to-day life.

The bill talked about the acceptance of cryptocurrencies under the law. Along with that, the bill also wants to add cryptos as a mode of payment alongside traditional systems. The senator further gave heed to the need for crypto regulation in Uruguay.

He stated that adopting crypto regulations can protect investors while promoting investment in the country.

Rejoice for Ethereum fans as Ethereum ‘London’ hard fork launched yesterday with five EIPs improving the network. The most anticipated EIP is the EIP-1559: Fee market change for Ethereum 1.0 chain.

EIP-1559 aims to solve the unpredictability of network fees. Now, users can choose between “fast”, “normal”, or “slow” bids for their transactions. This is similar to making bids to miner nodes. EIP-1559 also brings a minimum fee that is paid when a transaction occurs. It changes based on the number of transaction requests handled by the network.

It’s still debatable whether EIP-1559 will reduce gas fees or not. However, ETH gas fees will be more predictable now.

Full Story: Ethereum finally on the ‘London’ hard fork: What will change?

FTX Exchange: Everything you n..

How to earn money with your da..