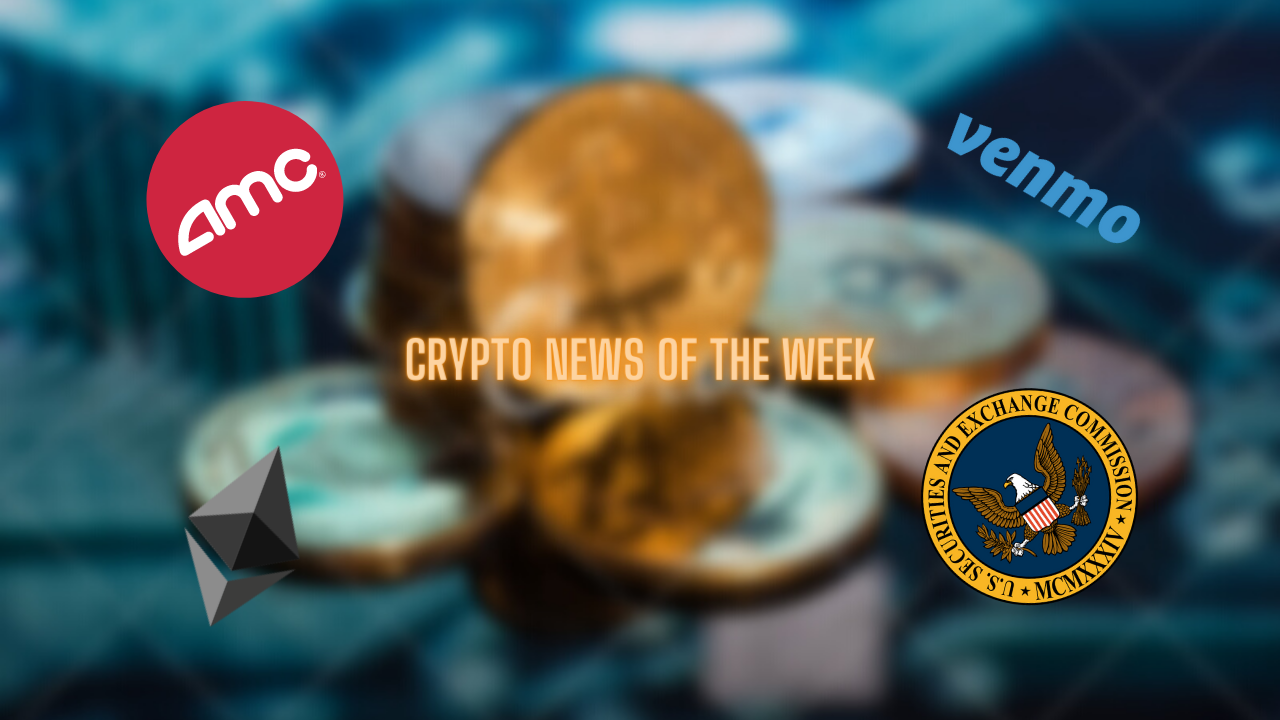 From the new crypto taxation bill in the United States to Lionel Messi’s entry into the crypto world with fan tokens, there is much to talk about in this week’s crypto roundup. Let’s start.

BITH11 is the new eco-friendly Bitcoin ETF launched in Brazil.

BITH11 is a new exchange-traded fund (ETF) launched in Brazil claiming itself to be the first ‘green’ Bitcoin ETF. The fund plans to neutralize its carbon emissions by purchasing carbon credits.

Hashdex Asset Management, a crypto-focused investment firm launched this ETF. Keeping in line with its aims, the firm has partnered with Germany’s crypto carbon rating institute. which will annually provide reports estimating energy consumption and carbon emissions through the creation of BTC.

As of now, the ETF is aiming at 0.15% of its liquid assets into carbon credits & eco-friendly technologies each year. B3 Brazilian Stock Exchange introduced this ETF under the ticker BITH11.

U.S. infrastructure bill with the new crypto taxation provisions going for a vote in the Senate.

The U.S. Senate had voted 68 in favour to 29 against ending the debate around the crypto tax provisions in the new U.S. infrastructure bill. Many in the crypto community are taking a keen look at the bill as it aims to raise $28 billion for infrastructure funding through crypto taxation.

The crypto taxation provision is aiming to impose third-party reporting requirements on any crypto firm. This is why the crypto community is not in support of these amendments. Moreover, it has also sent shockwaves into the industry.

Analysts stated that third-party tax reporting requirements can then apply to all miners, stakers, and other network validators. However, three senators have proposed an amendment that will limit the definitional scope of crypto “brokers”.

He claimed that he had invested about $23 million to launch his cryptocurrency. Moreover, The former star has regularly focused his attention on rapidly developing technology. In fact, after the platform’s launch, it looks like he has recouped in the first week. Zucoin’s initial selling price played a factor in too at $60. This makes Zucoin the first most expensive crypto at the time of its launch. Furthermore, Akermanis stated that, unlike others, Zucoin cannot go below $60 per coin.

He also claimed that his cryptocurrency is better than the premier crypto, Bitcoin.

Israel’s intelligence service is looking for a crypto expert.

Israel’s national intelligence agency, Mossad has posted a job listing for a cryptocurrency expert. According to the outlined requirements, the candidate should have “in-depth technological understanding and expertise in the world of fintech, e-commerce, DEF, and digital currencies.”

Israeli news websites claimed that Mossad is interested in using cryptocurrency as payments to its agents. Currently, most of the Israeli state’s recent crypto-related involvement is around Bitcoin.

On the other hand, Hamas, the recently classified militant organization has attempted to combat its financial isolation through cryptocurrencies. Moreover, they are using crypto for their fundraising campaigns on social media.

Buy tickets on AMC theaters through Bitcoin at the end of this year.

In an earnings call, AMC Entertainment stated that they will accept Bitcoin for online ticket purchases this year. Now, it will become the first theatre chain to accept crypto as a payment option.

AMC Entertainment’s CEO Adam Aron said the technology systems to process bitcoin payments will be in place by the end of the year. He also said that the company’s new investors were “enthusiastic” about crypto.

Aron did not give any explicit details about how the BTC transactions will take place. However, he said that the AMC theatres will start accepting Google Pay and Apple Pay. This is hugely positive news for Bitcoin considering that the largest movie theatre chain in the world is planning to incorporate them.

Moreover, the past two years weren’t exactly merry for AMC as their CEO stated that the revenue had fallen by 88% year-over-year. However, with Bitcoin, the company is hoping to grab some attention from the crypto-savvy people to use the cashless digital mode of transactions in order to increase their revenue.

Crypto miners aren’t pleased with the new $1 trillion infrastructure bill passed in the U.S. Senate. According to people, there are vague tax reporting requirements threatening individual privacy. Moreover, crypto advocates state that this can put a stopgap to industry innovation in the country.

In this bill, basically, anyone including crypto miners and buyers in the U.S. has to report his/her transaction records. This becomes an infringement of privacy. While there are amendments like the Wyden amendment which will limit the definitional scope of crypto “brokers”, the majority isn’t in favour of it.

On the other hand, many senators are amending the bill for even tighter reporting requirements. According to majority leader Chuck Schumer, the Senate is proposing the tighter implementation of rules on businesses handling cryptocurrencies.

PayPal-owned Venmo has come up with first of its kind scheme to attract crypto buyers who use their credit cards. This new feature allows users to automatically buy crypto using cashback.

Cardholders can purchase Bitcoin, Ethereum, Litecoin, and Bitcoin Cash through the new “Cash Back to Crypto” option. Also, Venmo noted that the user can turn this feature on or off according to his/her needs.

The company looks at this feature as a way to increase the cryptocurrency adoption rate. Moreover, newcomers can enter the market without having to worry about the process of making crypto purchases. It’s more of a set-it-and-forget-it type of feature.

Hackers returned $260 million of the stolen $613 million back to Poly Network.

However, the company recently stated that $260 million of the stolen funds has been returned.

However, Tom Robinson, Co-founder of Elliptic, stated that returning the funds was due to the headaches of laundering stolen cryptos.

Ethereum miners are happy in spite of London upgrade.

Ethereum’s price jumped in markets after the blockchain went through its substantial upgrades -London hard-fork. As per the media reports, Ethereum miners have seen a jump of around 7 percent in revenue post the update. Miner community was expecting the same.

Crypto traders were also keeping a close watch on the upgrade. They were looking for signs of how the changes could change the pace of the new issuance of ether. Moreover, Analysts had also calculated the risk that something might go unnoticed as the new technology is implemented.

Before the ‘London’ hard fork, Ethereum was showing a tremendous pace, breaking out of a two-month consolidation period. Moreover, Ethereum’s price has grown more than three times this year.

According to reports, the 34-year-old signed a two-year contract with PSG. There is an option for a year extension & alongside this, there are crypto tokens included in his ‘welcome package’. These tokens are worth 25-30 million euros. While the club didn’t disclose the exact proportion of tokens, they hinted that Messi received a ‘large number’ of fan tokens.

PSG said there had been a high volume of trading in its fan tokens. This is likely due to Messi’s move to the club. Socios.com powers the club’s fan tokens. As of Tuesday, the price of the fan token was at an all-time high of $60. However, it has dropped from that to around $41-42 as per CoinMarketCap.com.

How did KuCoin recover from th..

Argentina is open to exploring..