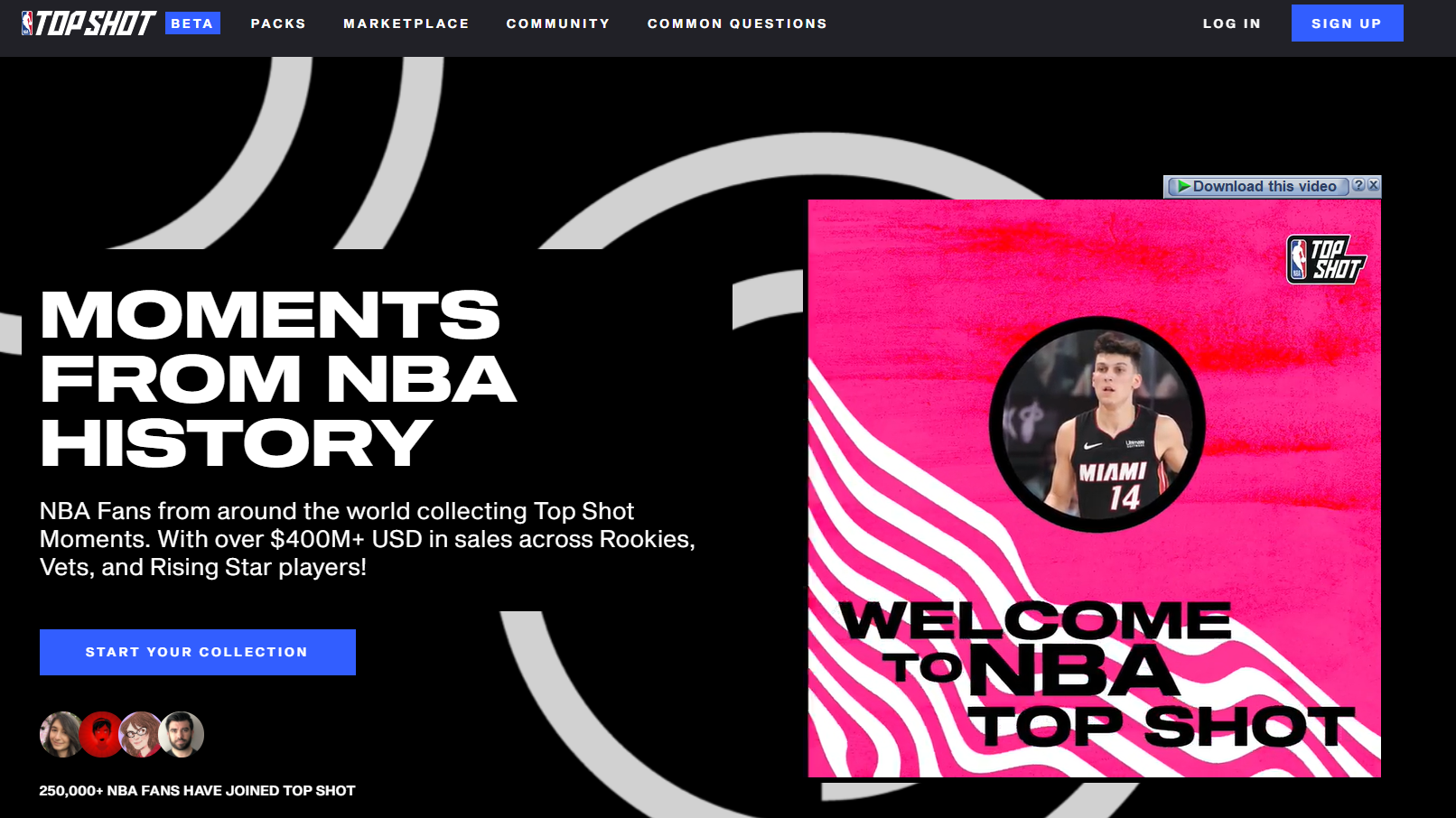 If you’ve been following the NFT space, you would’ve heard about NBA Top Shot. Possibly the biggest mainstream example of digital collectables, they’re basically trading cards but instead of being a physical copy, they’re a digital one kept on a blockchain. You can store these in your digital wallet and send them to other people, or sell them in online marketplaces.

This began in the July of 2019 when NBA and Dapper Labs came together to create NBA Top Shot. Touting a “revolutionary new experience in which jaw-dropping plays and unforgettable highlights become collectables that you can own forever” as described by Dapper Labs’ CEO Roham Gharegozlou.

And to say that the experiment is a success would be an understatement. Five months since its open beta, the blockchain-based collectable platform has handled more than three million transactions. It has done about $460 million in sales on the secondary marketplaces.

According to Action Network, five sales on the marketplace have already been done worth over $20,000 U.S dollars. A specific LeBron James highlight recently sold for over $71,000.

The platform also offers packs which contain a number of NFTs clubbed together as a single entity. Prices of these packs start from $9.00 for the cheapest Base set and $229.00 for the 2021- all-star game. As of now, all the packs are sold out.

Previously, a Ja Morant highlight (No. 1 of 49) was sold at a secondary marketplace for a then-record of $35,000. According to a recent Bloomberg report, the sports card and memorabilia boom are riding on the surging cryptocurrency markets with investors looking for hard assets to hedge against future inflation. However, there is a difference. While cryptocurrencies can be readily exchanged with each other, each NFT is a single entity by a single owner at a time.

Ever since the Morant sale, the marketplace has seen more than $1 million in sales on the platform every day. According to the action network, the company is clocking $20 million in sales and $6 million in packs. It is also looking at $14 million on its secondary marketplaces. Basketball veterans like Kevin Durant and Michael Jordan have also weighed in on this platform pushing the Dapper’s current valuation at $2.6 billion as per USA Today.

People are increasingly engaging in these digital memorabilia and there are a couple of reasons for that. First of all, the physical collection goes through an appraisal process and the inherent need for trust. Although you can buy physical sports trading cards on a number of marketplaces, the authenticity can be doubted since creating a copy of the original one isn’t a big feat these days. Moreover, the appraisal process is required to get a true value of them and all this requires additional money.

In the digital space, since all the cards (or tokens) are on the blockchain, there’s no chance of counterfeit copies of the original token on the network. Added assurance of no wear and tear issues on the digital network due to obvious reasons. Since the number of cards will always be present on the blockchain, calculating the value of that specific card wouldn’t be so troublesome.

And while engaging in communities is a substantial reason, revenue generation also plays a big role in this.

In NBA Top shot, the secondary market is also operated by the same company. This means that if a token is sold at the secondary market, just like the main company receives a cut on that purchase, every other entity will receive that cut, unlike traditional card stores or marketplaces.

Although this sounds lucrative, an important aspect acts as a stop-gap: Volatility. Some tokens will skyrocket and some tokens will tank. However, with sports memorabilia, a sense of loyalty is present. An urge to collect and remember those crisp moments, celebrate the veteran players, and an aspect of money-making as well. So while yeah, it can be argued that volatility could trouble NBA Top Shot, the possibility of one is very unlikely.

What is Binance Dual Investmen..