Crypto Explainer: What is Airdrop? 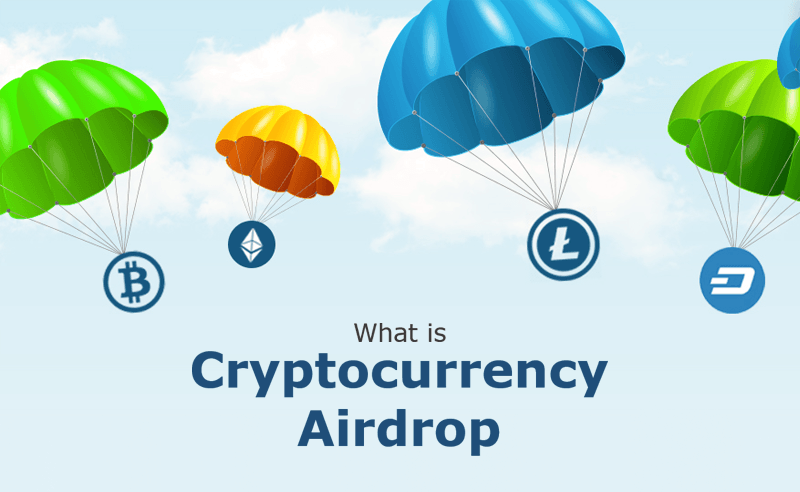 Have you ever seen a sudden increase in coins in your crypto wallet? Keeping the excitement aside, have you wondered where these free coins came from? That is most likely because of an airdrop. Yes, free money.

Airdrop can be delivered in plenty of ways such as during forks, new ICO purchases. And sometimes freebies are given by marque companies (Eg: Binance). Airdrops can also happen if a project team wants to increase the token’s popularity or a project beforehand. But what exactly is an airdrop?

An airdrop in the crypto domain is nothing but a marketing feat involving sending free coins and tokens to people’s wallets just to promote the new crypto project or token. A small percentage of the new digital tokens are sent to the wallers of those members of the crypto community who are the most active ones.

They are often free or sometimes demand a small favour of sharing the new virtual currency to their own platforms.

Its actual aim is just to spread awareness or raise popularity about the ‘soon-to-be launched’ crypto token. And to get more public to trade it at the time of its listing on the exchange as an ICO (Initial Coin Offering).

There have been many airdrops in the past on a huge scale. One can not forget the very well-known Airdrop during the Hard Fork of Bitcoin. Bitcoin Cash gave an equivalent piece of Bitcoin Cash(BCH) to their current Bitcoin Holders. For instance, if you were holding 0.5 Bitcoin at that time, you were one of the lucky guys to receive 0.5 Bitcoin Cash. Pretty sweet, isn’t it!

Why do Airdrops Occur?

Of course, the question remains: Why would someone just decide to give away free tokens to random people? Why would a team who has worked on a token they think is valuable choose to release those many tokens for FREE?

Let’s think about it this way. You are roaming around a dessert shop in your favourite shopping complex. Then an employee offers you a sample of the dessert you find attractive. Also, there is no harm in trying the sample as it is FREE. Then, you take a bite of that sample and it tasted more astonishing than it looked. Now you surely would want to try more, don’t you?

The same goes for the Crypto domain as well. Spreading awareness is one of the most integral steps in launching a new token/project. Psychology is a critical aspect in the case of an airdrop. The buyer would only buy the product or token they are familiar with or have ‘tasted the sample’. Hence, those who are in charge of the Airdrop – distribution of the token, see it as a chance to give us the taste of their dessert.

Advantages and Disadvantages of a Crypto Airdrop

An airdrop is an attempt to pursue the crypto community, given the level of extreme competition among blockchain startups. Many businesses in the crypto space provide alerts to their users about the upcoming airdrops. However, there are several aspects we can discuss before deciding to be a part of an airdrop.

The important thing is to know about them beforehand. Make sure you visit the official token site and research the airdrops on a prior basis. The best way to filter and save yourself from scam sites is to verify the social media handles of the token/project and find out the team working behind it. It is important to release the right amount of tokens during an airdrop. As we discussed, issuing very less or too many tokens can cause drastic problems, But all in all, Airdrop has proven to be a great way of increasing token popularity and will continue to do so.