Crypto Explainer: What is HODLing? 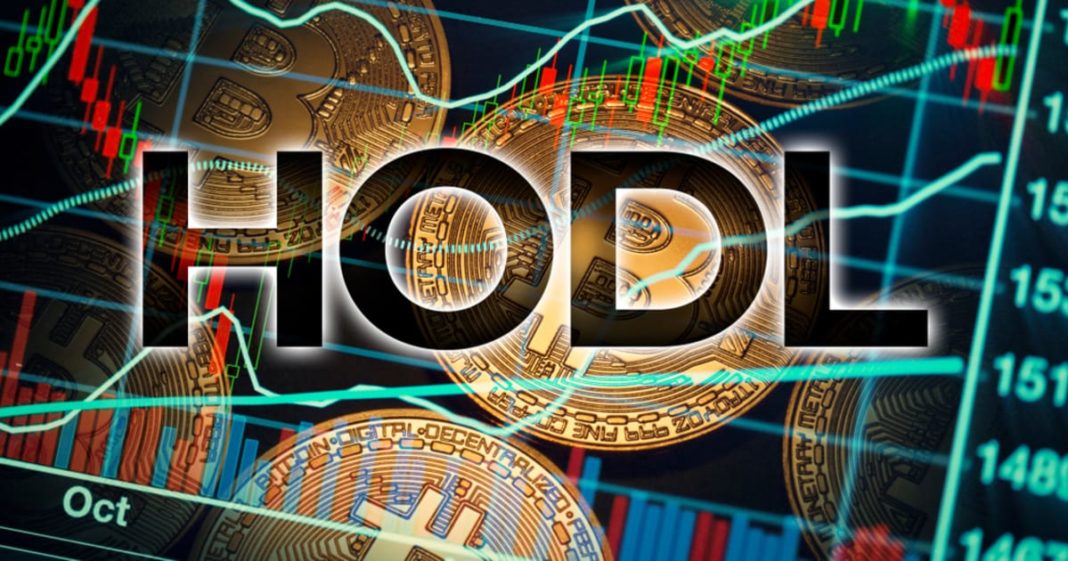 HODL is a term derived from a misspelling of “hold” that refers to buy-and-hold strategies in the context of bitcoin and other cryptocurrencies. Two common theories have come up to try and explain what the term HODL mean in cryptocurrency.

The first theory states that the word is merely a misspelling of the term HOLD, which describes buying and storing your cryptocurrencies until the price is higher than the initial price.  The second theory argues that HODL is an acronym for ‘Hold On for Dear Life.’ This basically has the same meaning as HOLDING with a bit of a twist. But the origin of HODL is quite dramatic.

The Origin of HODL

Yes, you are reading the word “hodl” right, and it is not a spelling mistake, or at least not anymore. Apparently, the term HODL was first used in a cryptocurrency forum known as Bitcoin Talkback in 2013.  A user with the username GameKyuubi wrote a forum post titled “I AM HODLING”. However, most people believe that the forum user was intoxicated and merely misspelt the word “HOLDING”.

GameKyuubi was ranting about how he was a bad trader and why he was holding instead of selling like everyone else was. The post came after the price of Bitcoin fell from $716 to $438 after reports that the Chinese Government was cracking down on the then-new and highly unregulated cryptocurrency in 2013.

The idea behind “HODL” is basically to hold Bitcoin. If you try to sell when the market is up and buy when it is down, it will end badly for you, or so did at least GameKyuubi reason. GameKyuubi realized that he did not have the necessary skills to day trade and therefore needed another strategy.

Within an hour of posting, the word HODL went viral and soon made its way into memes and other lighthearted posts about cryptocurrencies. As a result, HODL is now an official trading term that many cryptocurrency investors use.

HODLing refers to the action of holding investments despite falls in price. It is also commonly used in the context of investors (“HODLers”) who admit they are not good at short-term trading but want exposure to the price of cryptocurrencies.

It can also be used to refer to investors who have a strong conviction regarding a specific currency and intend to hold their investment for a long period of time.

The HODLing strategy is similar to buying and conserving the investment (hold) from traditional markets. Investors who use buy and hodl (hold) try to find undervalued assets and hold them for a long period of time. Many investors adopt this strategy while investing in Bitcoin.

After many years of use (mostly in internet memes), the word HODL has become an official Bitcoin trading strategy.

HODL is now used to describe an investing strategy that discouraged investors from trading based on short-term price swings. The approach basically stems from GameKyuubi’s rationale in his drunken forum post. That is, inexperienced traders are more likely to lose their investment in short-term trading. Because they cannot correctly read and interpret vital signals.

Therefore, the safest approach for them is to simply HODL. And wait until their investments become highly profitable when the price goes up.  Hodling can also help traders avoid two common mistakes in the cryptocurrency market. These are:

According to them, a time will come when you won’t have to sell your Bitcoin for fiat money because there won’t be any fiat money but only Bitcoin.

There are some other terms in the world of crypto trading. Such as The Fear of Missing Out (FOMO), Fear Uncertainty and Doubt (FUD), Do Your Own Research (DYOR), BUIDL (to build regardless of price fluctuations) and Due Diligence (DD).

The world of crypto trading is quite enticing. But we will leave you with our final piece of advice in crypto lingo. Don’t just invest in crypto because of FOMO. HODL and DYOR. After doing your DD, you can get rid of FUD and start BUIDLing. Good luck!