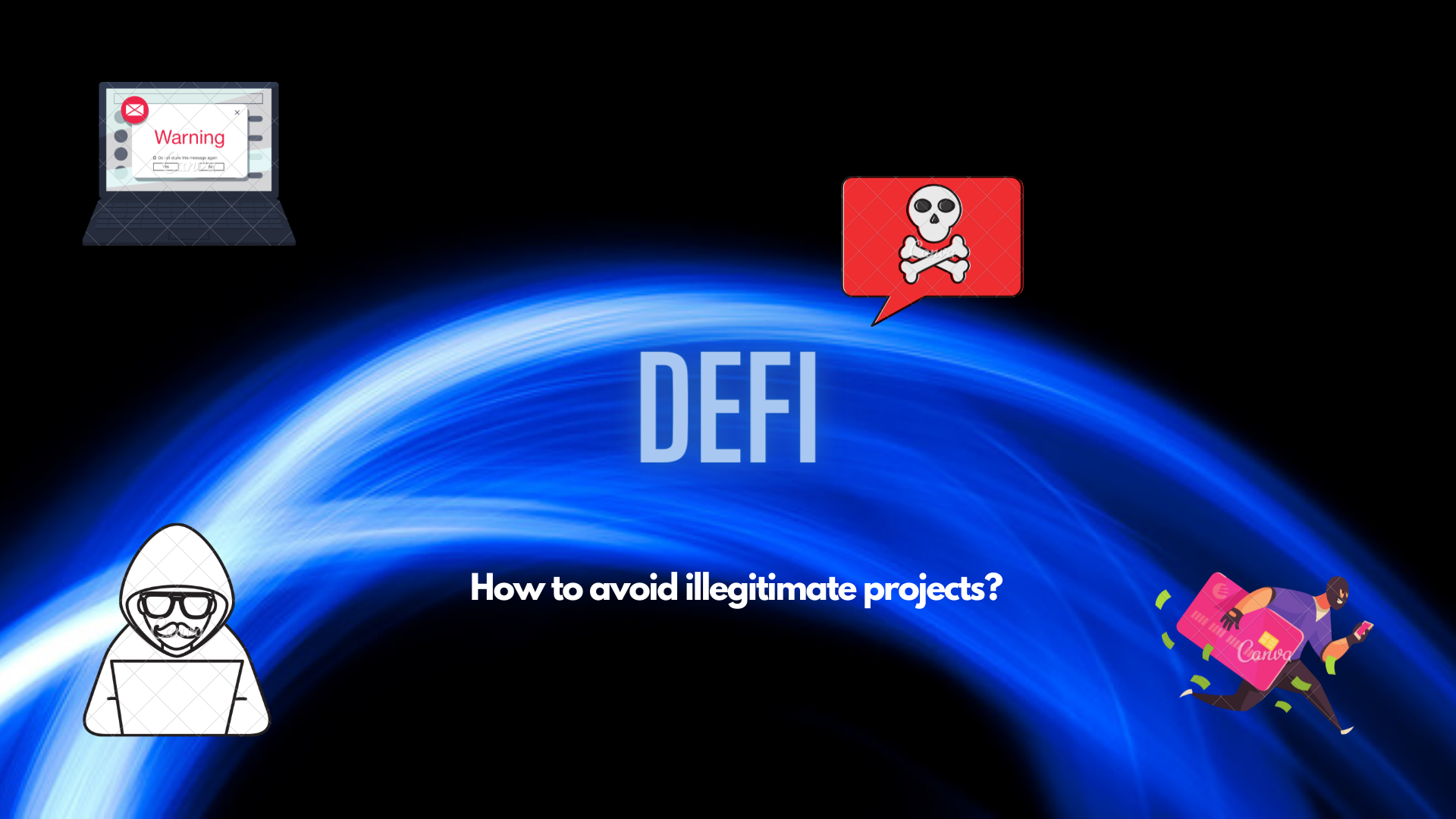 If you’ve been looking at the crypto space for quite a while now, you would have heard about DeFi and the new projects based upon the concept. For those who don’t know, let me explain.

DeFi is an acronym for Decentralized Finance. It is a relatively new concept that does not depend on intermediaries like brokerages, exchanges, or banks for offering traditional financial instruments. Instead, DeFi utilizes the concept of ‘smart contracts’ on blockchains. These ‘contracts’ are basic programs that run when the predetermined conditions are met. They automate the process of agreement execution, removing the need for an intermediary’s involvement.

This concept opens up boundaries for a lot of projects that could improve the current financial industry in innumerable ways. Moreover, some of the DeFi projects are making inroads in the Insurance and Entertainment industries too.

However, DeFi has also become a new ‘playground’ for scammers leading to several unpleasant experiences. Recently, DeFi100 has been the latest example of why there is a need to study and understand projects before investing.

Unfortunately, due to the underlying structure of blockchains, there aren’t any good ways to recover funds, and scammers usually tend to flee away with investors’ hard-earned money. However, there are some things that you can look for through which you can decrease the chances of scammers taking advantage of you.

In this article, we will guide you through a series of things you should look for while investing in DeFi projects.

DeFi projects are rich in innovation, so always DYOR

It’s no secret, and DeFi brings itself with a lot of innovation. Several DeFi projects launch every day, and it’s a tough task keeping up with all of them, so always Do Your Own Research.

Since blockchains are inherently ‘public’, everyone can use them and develop projects for them. Although with time, projects tend to gain value, as in the case of Bitcoin, every project doesn’t have the same tale, and especially the first-mover advantage Bitcoin had.

What this means is, anyone can launch a misleading project which cannot be stopped so easily. When I say easily, it means that although projects can be flagged out as scams, there’s no optimal method of doing that yet. However, there is a common pattern seen in ‘scammy’ projects that differentiate it from legitimate ones. What are those?

What does the project want to do?

Although I’ve mentioned above that DeFi projects are usually innovative, many projects don’t bring anything new to the table. They are mostly piggybacking over one exciting innovation that happened at that time. It’s like a slew of companies developing their offering over the same idea that some company innovated just a while ago. These offerings don’t get the same attention as the original ones and generally tend to become ‘exit scams’.

How to avoid this? Check whether the project is really innovative or not. Is the idea contributing to society in any way? Does it bring improvements to the current system? Even if it is a flavour of another project, does it improve upon the limitations present in the former project? These will easily help you filter out the ‘scams’ from the good ones.

Is the project’s source-code freely available?

It is considered a ‘good’ trait in this digital world if the project’s source code is available for viewing. This applies to DeFi also, and good projects usually upload their source code for everyone to look at.

Not everyone will get the code, obviously, but it opens up a lot of boundaries for the project. Firstly, if the project somehow doesn’t garner interest, other companies can try the idea and potentially offer a better project than the former one. It also helps uncover if the project has any ‘wrong’ or ‘malicious’ intent to it.

Also, the project developers will regularly update the code, which means we can distinguish whether the company is really interested in the project or want to earn some quick buck.

Is the project audited?

Audits ensure that the code is secure, which plays a big role in the project’s legitimacy. The auditing process is expensive, so a project with a proper audit will most likely not be a scam. Although it isn’t a sure shot that the project is completely immune from trouble like hackers and all, it generally means that it will more likely be a legitimate one.

However, companies tend to announce that they are auditing their project from a third party and don’t mention the details or the report about it later on. Always look for the proper authentication from the auditing agency whether they’ve actually audited the project or not.

Is the team well-known or not?

Cryptocurrency has ‘anonymity’ written all over it. From the process of transferring funds to the underlying blockchain, privacy is a high point. Moreover, the identity of the creator of the first cryptocurrency, Satoshi Nakamoto, is still unknown.

In the case of DeFi projects, anonymous founders pose a bigger risk that needs to be considered. It’s easy for anonymous founders turn out to be scammers as they can’t be held accountable. This does not mean that it happens every time. There are a lot of projects in the DeFi world whose origins are unknown but are completely legitimate.

Tokenomics is actually Token economics which means how is the company allocating its tokens. This is one of the main parameters that decide whether the company will make or break. Scammers take advantage by artificially inflating their token price and immediately dumping it on the market, essentially making it nil. This creates huge turbulence leading to a loss of investors’ money.

There are other things to consider as well. A significant founder allocation isn’t considered a red flag but could lead to problems down the line. How will the tokens be distributed? Are they going to be sold in a pre-sale where only a few insiders buy the tokens and hype them up through social media, thereby increasing the price substantially at launch?

Will the project go through an Initial Coin Offering (ICO) or an Initial Exchange Offering (IEO)? These offerings put a lot of pressure on the project especially the latter where the reputation of the whole exchange is at stake?

By reading this article, I hope you’ll get a fair bit of idea about what to look for while researching in DeFi projects. Although I’ve mentioned before that, there is no sure shot method of deciding whether the project is genuine or not, but a fair bit of research and observations can come a long way in deciding whether to invest in the project or not. Most importantly, two points you should always remember while investing:

South Korea compressing its grip on DeFi and NFT