Top NFT Games that you can Play Right Now 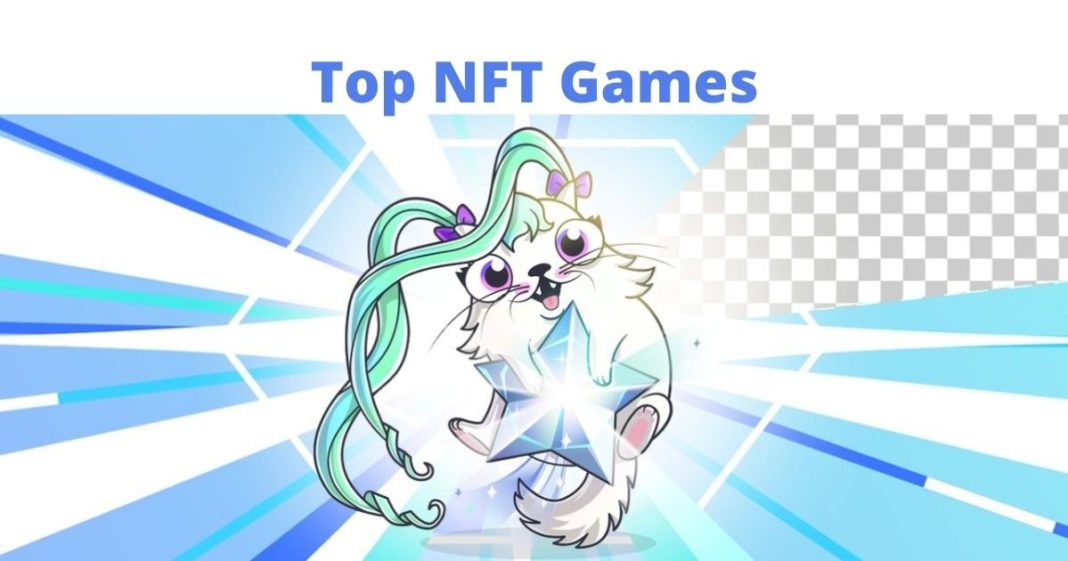 Did you know that a 50-sec video by Grimes was converted into an NFT and was sold for $390,000? NFTs are selling like hotcakes to people who have a fad of collecting rare items.

So, what are these things, and why has there been such a craze around NFTs in recent times? While we’ve covered them in detail, let’s give you a quick overview: NFT stands for Non Fungible Tokens, mostly considered art pieces (but not limited to them). These tokens are one-off, mostly unique, and purchased by collectors as they believe their value will continue to increase. That also means that a fixed value cannot be assigned to an NFT, and its value is what its owner claims. NFTs work similarly that cryptocurrencies work; it is a digitized currency based on a blockchain architecture.

NFTs have also become widely popular in video games, where people trade and collect NFTs from other gamers. These games allow people to get a chance at owning art pieces, tweets, or even videos that are tokenized as rewards or on mission completion.

Without further delay, here’s a list of the top 10 NFT games.

This game is similar to a fantasy league game, but with a difference. It allows the players to own playing cards of international football players in the form of NFTs. Sorare is the blockchain version of a playing card. Considering how the playing card market is highly in demand, it isn’t a surprise to see this game generating revenue of around $5.4 billion in the U.S. alone.

Developed by a Canadian studio named Dapper Labs, Crypto Kitties, allows the player the chance to own their kittens of different colors or breeds. Further, the owners of such kittens can later exchange their pet with other players’ kitties. This is one of the earliest cryptocurrency-based games, and the kittens in the game are a form of unique NFTs.

An official product by Formula 1, the F1 Delta Time is a must-have game for F1 enthusiasts. The game has a fantastic UI, and every element inside the game, starting from the race modes to cars, drivers, or the pit crews, is tokenized. Further, the game also hosts annual events like Grand Prix take place where players can race against other players for earning more NFTs in the form of rewards.

Axie Infinity is a game that is enjoyed by nearly 60,000 users. This cryptocurrency gaming platform allows gamers to breed and trade their cattle or pets with other players. These pets in the game are called Axie’s and are treated as NFTs. The game can be played by people of all ages.

This is a trendy NFT game with over 13,000 players and a net worth of $20 million in transactions to date. Players in the Alien Worlds compete to earn NFT rewards. Here digital planets and lands are in the form of non fungible tokens, and it is entirely upon the owner of that planet to decide how these tokens operate.

This is a multiplayer role-playing game. The players of My Crypto Heroes have particular avatars and are put in historical war scenarios to fight against other players and defeat them. The game is based on the Ethereum Blockchain framework, and all the avatars and the artillery are treated as NFTs, that can be sold or traded with allies.

OxUniverse is a blockchain-based strategy development game that is set in a virtual galaxy. The players of this game have to accomplish the task of conquering planets to extract NFTs in the form of rare artifacts. Also, each planet is a different token and based on the rarity of those planets, the value of the NFTs will vary.

This is an MMO (Massively Multiplayer Online) game focused on land domination through battles between players. It also consists of a prover governance system where the players are chosen through a transparent election process. The real estates, weapons, and the positions in a governing body are all a form of NFTs.

This is another role-playing game based on a fantasy world that exposes its players to a vast area of 256 sq. km. of land with endless adventures and rare artifacts to collect. There are more than 300 unique items as NFTs that the players can trade as the game progresses.

Another multiplayer RPG game that allows players to catch, trade, battle, and breed monsters. Breeding monsters will lead to more unique types of monsters, and they can be treated as NFTs. Also, several resources like gems and potions can be traded among players as non fungible tokens.

A lot of people have gotten interested in NFTs lately. It seems that they’ll have far-reaching implications than cryptocurrencies themselves. And games are the best way to understand the value of NFTs. It’s evident that NFT games inspire the players to play while earning on the side in the form of tokens. According to many, NFTs will be the mode of transaction in the future, and playing games that involve these can turn out to be a good investment later.

These NFT games are available on multiple platforms like iOS, Android, and Windows, allowing a large number of people to play them.