More
HomeNewsBitcoin down to 60K
News

Bitcoin down to 60K 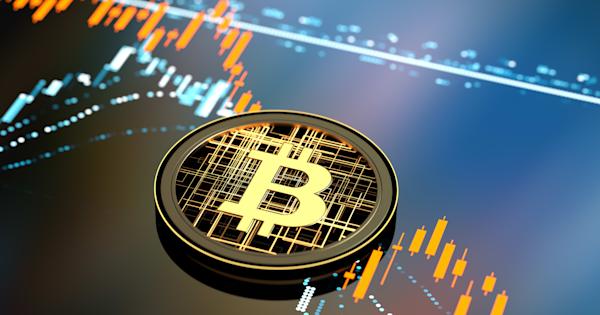 In a fresh dip, bitcoin price dropped $1,000 in just five minutes on Wednesday morning that saw the big crypto tank below the $60,000 psychological level.

Despite soaring to an all-time high of $67,016 on Tuesday, the globe’s number one crypto dropped significantly on Wednesday.

BTC has been down 6.05% in the last 24 hours, having lost approximately 7.95% of its value over the previous week. The correction has tested support around $57,000, as the bulls appear determined to take the BTC price lower.

Ethereum, Ripple (XRP) and Dogecoin are all trading down today (27 October), while meme coin Shiba Inu is bucking the trend to a record ATH on Wednesday morning.

The Bitcoin dip could signify traders pulling back from new all-time highs for the cryptocurrency and hedging their bets as market analysts project that Bitcoin could reach a landmark $100,000 threshold in the near future.

Usually, a fall in Bitcoin price and other major cryptocurrencies can be linked to a significant announcement about crypto market conditions or announcements from notable regulators worldwide.

Bitcoin price tried to clear the $64,000 resistance level. However, BTC failed to gain strength and started a fresh decline. The bears gained strength and were able to push the price to the $60,000 support zone.

Many believe if bitcoin fails to clear the $62,000 resistance zone, it could continue to move down. An immediate support on the downside is near the $60,000 level.

The overall global cryptocurrency market slipped below $2.5 trillion, down by over $200 billion this week.

The crash in Bitcoin’s price was likely sparked by long-term Bitcoin investors rallying profits after seeing Bitcoin’s all-time high price and liquidating their positions. Panic selling is common among investors after a sudden price dip. Experts expect more selling in the coming time period, indicated by Bitcoin going below its 20-day moving average.

However, October is still likely to finish out as one of Bitcoin’s strongest months this year. Reports suggesting that October saw nearly 35% growth in Bitcoin’s value.