El Salvador set to build the First Ever Bitcoin CIty 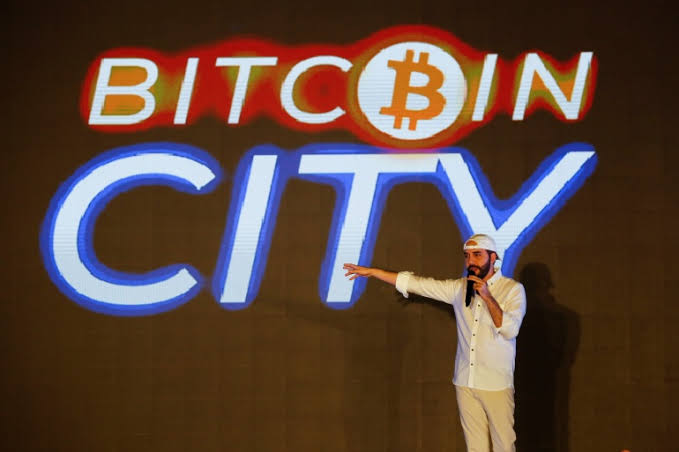 El Salvador is all set to build the world’s First-ever ‘Bitcoin City’, funded by BTC backed bonds. The Country President Nayib Bukele said that this would fuel the investment in the Central American country. And will double his bet to harness the crypto domain.

Nayib announced that the city east of the region of La Union will be provided with geothermal power from the volcanos. And will be free from any taxes other than Value-Added Tax (VAT).

First-Ever Bitcoin CIty to be built in El Salvador

Bukele’s motto all along the event was about ‘Invest here and make all the money you want.’ He has been one of the most popular presidents lately with a keen interest in Bitcoin and cryptocurrencies. He was dressed in white with a baseball cap worn backwards at the beach resort of Mizata, on Saturday night.

“If you want Bitcoin to spread across the world then we should build some Alexandrias. This will certainly make El Salvador the financial centre of the world.”

Siting the example of Alexander the Great, Nayib supported that the Bitcoin City would be circular. With an airport, a central plaza, designed to look like a Bitcoin Symbol from the sky, surrounded by residential and commercial areas.

He also stated that the bonds production will take place next year in 2022. The BTC bond would be issued on the famous Liquid Network – Bitcoin Sidechain Network. Currently, El Salvador’s government is working on the Security Laws, But it will be interesting to see how it all pans out in the next year.