John McAfee found dead: Highs and lows of his life 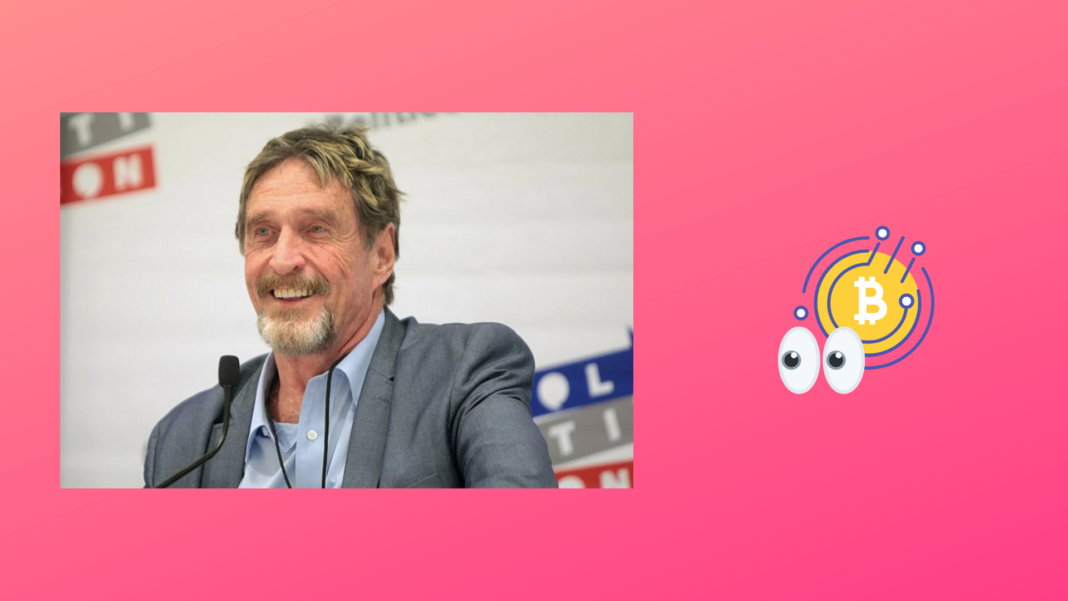 A lot of people may know John McAfee for his widely popular and quite possibly the first commercial antivirus software, McAfee Anti-virus. But a lot of you may not know that he ran for the U.S. presidential elections twice, founded companies that ranged from smartphone apps, cryptocurrencies to light-sport aircraft and recreational drug use. Moreover, McAfee was recently arrested in Spain over U.S. tax evasion charges. The allegations against him were that he had failed to pay income taxes over a four-year period. He was found dead due to suicide by hanging in a prison cell near Barcelona.

His initial days were working as a programmer in NASA’s institute for Space Studies in New York. Post that, he went to Univac as a software designer ending up in Xerox as an operating system architect. Couple of years later, while working at Lockheed, he received a copy of Brain, the first computer virus. This sparked him developing software to combat viruses.

His company’s domination in the anti-virus software market

In 1987, he founded McAfee Associates Inc. which sold the first anti-virus software to the market. The company dominated the market for antivirus protection of personal computers. Its prevalence was at such an extent that half of all Fortune 100 companies were using his software during that time.

However, his influence was short-lived as he left the company in 1994 since he considered the company was “no longer fun as it grew a huge corporation with thousands of employees.”

In 2010, Intel acquired McAfee that announced that McAfee-related products would be marketed as Intel Security. McAfee was pleased with this decision as he felt disgusted with his name associated with “quite possibly the worst software on the planet.”

His personal wealth plummeted due to a couple of bad investments

After a slew of bad decisions and investments, his personal wealth, which at its peak was $100 million, diminished to $4 million due to 2008 financial crisis.

His outlook towards cyber-awareness

Cognizant was announced by McAfee when the public never gave heed to permissions taken by apps on smartphones. It displayed information about the permissions of other installed applications. Although the effect was minimal at the start, this eventually sparked the public’s consciousness towards privacy which led to software giants, Google and Apple displaying permissions per-app and per-hardware levels.

John had an eventful life from being the pioneer of the cybersecurity industry to seeking asylum in Guatemala after his neighbor’s murder which grew out to be a tussle between him and the authorities. Long story short, it wasn’t completely merry nor horrific.

He also had a keen interest in cryptocurrencies, especially Bitcoin

After his appointment to MGT Capital Investments, a technology holding company as the CEO, he pushed the company into mining cryptocurrencies. According to him, that would make more money for the company as well as increase its expertise in dealing with blockchains. A larger view which he thought was that it was imperative for cybersecurity.

Although this move had conflicts in the organization with him leaving the company in the end due to unending conflicts. He took the position of CEO with Luxcore which is a cryptocurrency company focused on enterprise solutions.

Luxcore aims to bring the usage of blockchain to the mainstream by bridging the gap between normal consumers and enterprise users through specific use-cases. With its upcoming releases like Segwit, Smart-contracts and LuxGate, it’ll provide a private network for enterprises and business on top of the existing masternode feature for the public network.

McAfee has been known for his outrageous posts and tweets, from claiming to hack WhatsApp through which he was able to read encrypted messages to stating that Bitcoin would jump to $500,000 within three years or else he’ll “eat his own dick on national television,” with further claims that it’ll reach $1 million in 2019.

However, all of this went backward when in January 2020, he tweeted that his predictions were ‘a ruse to onboard new users,’ and Bitcoin had limited potential since it is “ancient technology.”

Although John McAfee will always be known for his outrageous acts, posts, and tweets which were always mired in controversies, he will also be known for creating the first commercial anti-virus software, his advocation towards cyber awareness as well as strict action against the threat of cyberwarfare, all of which have really become prevalent in the world now.