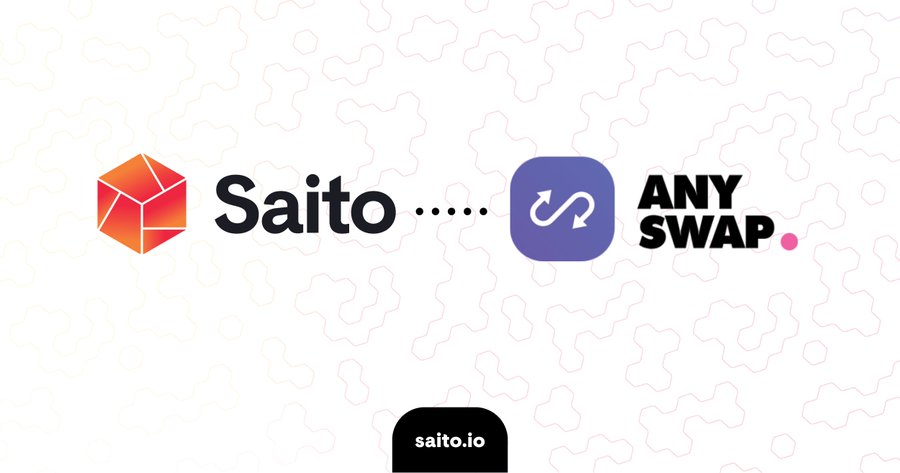 Saito, a blockchain-based decentralizing application, has partnered with AnySwap as a symbiotic relationship. It is an open network that runs cryptocurrency applications in browsers without plugins, private APIs, and non-open infrastructure. The company survives without an owner while funding the nodes that provide user-facing infrastructure for its own network and other public blockchains. The company also has its own token SAITO, which is listed for market influences.

AnySwap is a fully decentralized cross-chain swap protocol based on Fusion DCRM technology with automated pricing. The protocol enables swaps between coins on any blockchain that uses ECDSA or EdDSA as the signature algorithm. This category includes coins like Bitcoin, Ether, Tether, Ripple, Litecoin, and many more.

Saito and AnySwap, together

Saito wants their token SAITO to be tradable on lower-fee chains. As they are also working on ways for supporting their token holders, this is a step towards them. The company has achieved its goal to allow users to buy and sell the token on Binance Smart Chain (BSC).

Towards that very step, the Asian company partnered with AnySwap to create a bridge between ERC20 and BEP20 tokens. The bridge will allow anyone to move SAITO ERC20 onto BSC freely.

The conversion process will involve visiting the AnySwap interface.

Partnering with AnySwap on this cross-chain bridge is a step towards two common requests: cheaper purchasing and transacting fees for SAITO and access to more liquidity pools and options.

The blockchain-based application is currently supporting a liquidity pool on BSC that can share trading rewards with large token holders. They are gathering input by talking to community members and partners. And they will pursue wallet integration and other features to help increase the reachability of the brand.