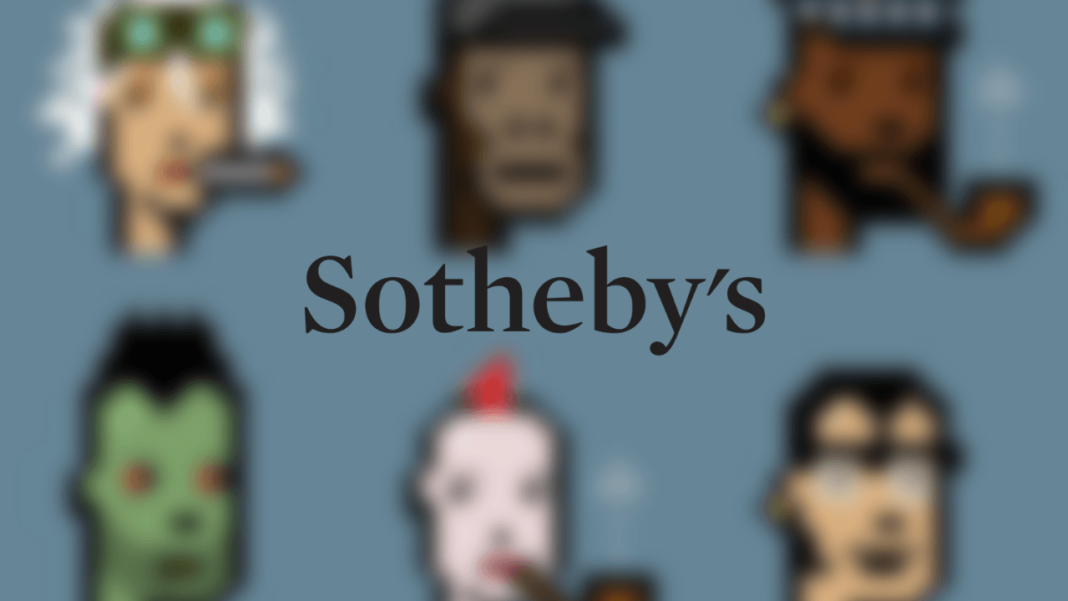 Multinational luxury auction company Sotheby’s announced that their firm will auction 104 Cryptopunks NFT collectibles. However, before the start of the event, Sotheby’s cancelled the auction because the owner of the NFTs decided to keep those assets.

Sotheby’s had to cancel an NFT auction dubbed ‘Punk It’ where they had planned to sell Cryptopunk NFTs. This is because the consignor decided to not sell these NFT collectibles before the event. At the now-cancelled event, Sotheby’s would’ve auctioned 104 Cryptopunks NFT collectibles.

The owner of those 104 Cryptopunks had purchased them all in one go. He did so by bribing a miner with 5 Ethereum in 2021.

After a discussion between Sotheby’s and consignor 0x650d, the former tweeted about the cancellation of the event.

Following this, 0x650d shared a meme, making fun of the situation with the luxury auction house. However, that move backfired that the individual received criticism from the community for pulling the auction away from Sotheby’s.

What’s surprising is the lack of reasoning behind the individual’s move of not selling Cryptopunks NFT. Many speculate that 0x650d’s stash became worth far less than he would’ve liked. This is likely due to the escalated geopolitical tension between Russia and Ukraine that has tanked a lot of markets globally including crypto.

Roughly estimating, metrics from dappradar.com state that 0x650d’s stash of NFTs is worth $22.16 million currently. While the amount sounds pretty big, it’s actually a fraction of what it was before the announcement of the auction.