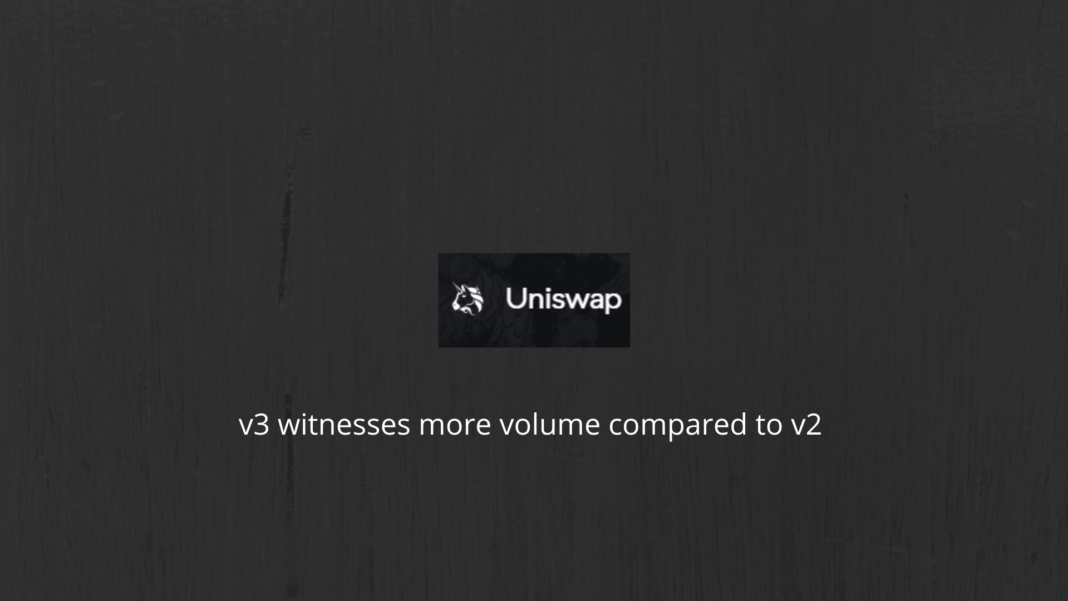 Uniswap’s v3 iteration came out to be more successful than its predecessor in terms of volume as reported by the Founder of the protocol, Hayden Adams.

On 6th May, Adams tweeted declared the launch of Uniswap v3. In the first 24 hours of going live, v3 had processed more than twice the volume that v2 saw in its first month.

Everyone is not exactly happy with the latest iteration of the world’s most popular decentralized exchange. Users complained about the costs associated with using v3. One user replied to Adams stated:

Hasseb Qureshi, Dragonfly Capital Managing Partner, asserted that v3 is more expensive to use than its predecessor.

DeFiPrime gave in heed on the complexities of using the new interface:

“Add liquidity UI now requires a master’s degree to figure out how to price your liquidity position. It’s a huge step backward from the simplicity we had in v2.”

The platform’s major drawback is fees which seems to be carried out in the next iteration as well. But most DeFi projects on Ethereum are facing this nuisance for quite some time. In case of Uniswap, it has to wait for the launch of Optimism to bring layer-two scaling to v3.