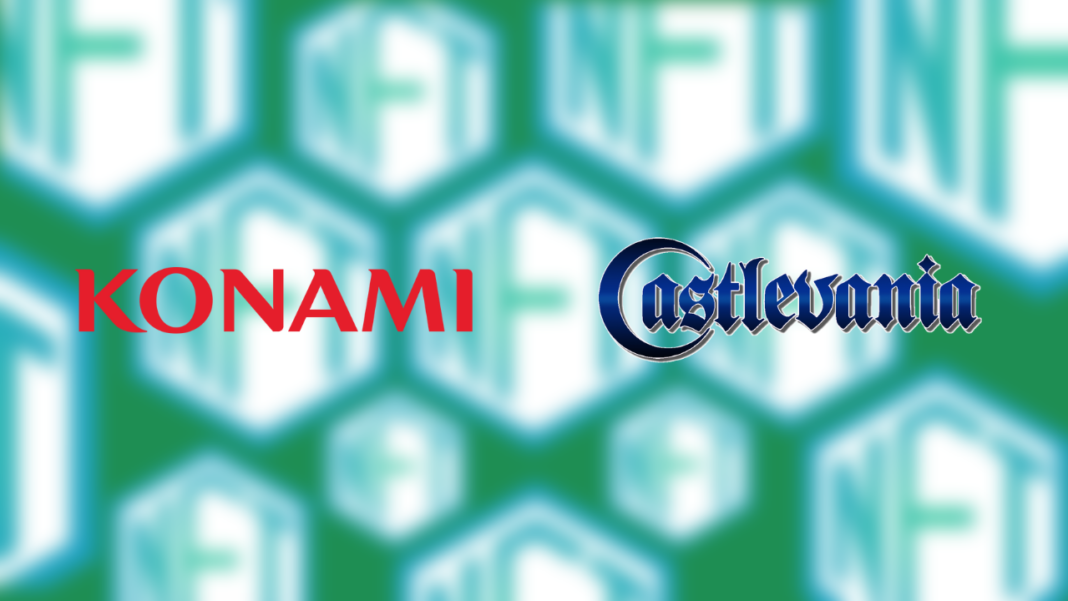 In the previous year, we had seen NFTs from various brands across industries and expectations had grown high for this year in terms of technology. And it looks like we’ll witness even more surge as Video game giant Konami has released Castlevania NFTs, commemorating its 35th anniversary.

For those who don’t know, Castlevania is a gothic horror action-adventure video game series and media franchise about vampire hunters. Konami had released the game on 26th September 1986. Besides this, Konami has also developed various popular franchises such as “Contra”, “Frogger” and “Suikoden”.

Coming back to Castlevania, the game sold more than 20 million copies, cementing its popularity.

Talking about the NFTs, Konami has revealed the Castlevania 35th Anniversary NFT collection web portal. Moreover, interested customers can have a look at the OpenSea NFT Marketplace.

The following collection consists of 14 pieces of art, with its sale beginning on 12th January.

Konami isn’t the only video game developer entering the world of NFTs. Recently, Ubisoft launched Tom Clancy’s Ghost Recon Breakpoint NFTs for PCs. However, this move attracted criticism since they included the utility of NFT items in a game adding the complexity of micro-transactions.

On the other hand, Konami’s NFTs include “game scenes, background music (BGM), and newly drawn visuals.” Besides this, the company’s approach tilted more towards launching NFT products.

This hasn’t saved them from mocking though. Communities within the gaming world have mixed reception with Konami entering the NFT space. Some are apprehensive about the company’s newfound interest in this technology. Some people have mocked the company, saying:

“Konami doing NFTs now? Instead of doing anything actually worthwhile with Castlevania? Why am I not surprised?”