Ren bolstering DeFi liquidity via integrations to Polygon and Fantom 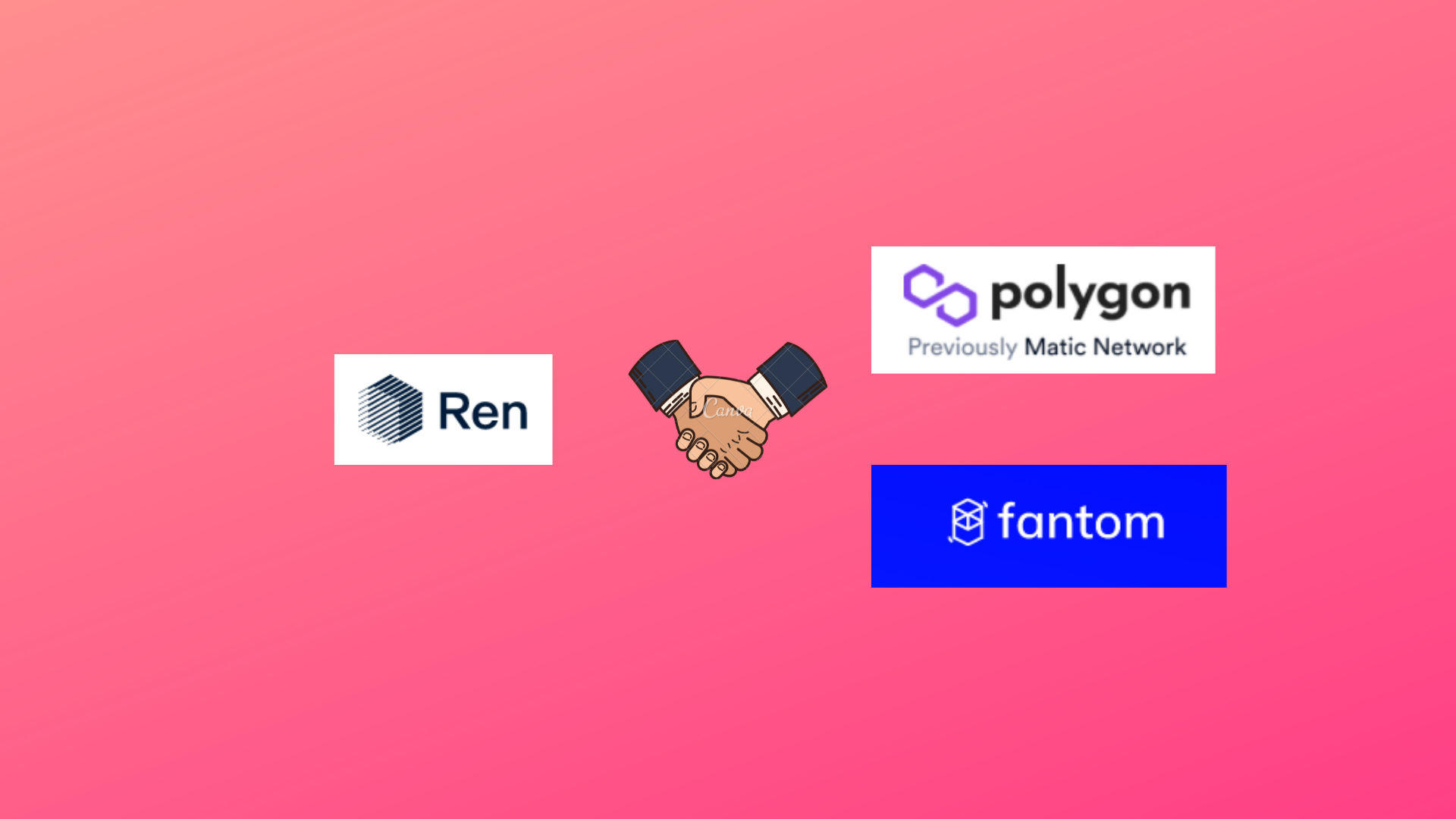 While there is a global pullback on digital asset markets, Ren, a popular cross-chain bridge protocol, announced integrations with EMV-compatible chains Fantom and Polygon bolstering liquidity across the DeFi ecosystem.

Ren had recently announced in their blog post that RenVM bridge now supports the transfer of four popular cryptocurrencies to Fantom, including Bitcoin, DOGE, and ZEC. They also added that additional Fantom bridge assets are incoming as well, including Filecoin and LUNA.

Ren had also tweeted about its similar asset integration with Polygon:

Regarding Fantom, Ren stated that they’re ‘currently working on adding Ren-based assets to Curve, QuickSwap, BadgerDAO, and beyond.’

Although Ren serves as a bridge between multiple chains, they’ve also collaborated with BadgerDAO, demonstrating that a partnership with a DeFi protocol can drive its fees and volume for all parties involved.

In Badger’s case, This collaboration drove its WBTC vault to a quarter billion in TVL.

According to BadgerDAO’s Chris Spadafora, $150 billion in BTC has already passed through the joint protocol bridge.

Sidechains like Fantom and Polygon’s demand have grown tremendously in recent months as developers, investors, and farmers look for ways to escape Ethereum’s high gas fees.