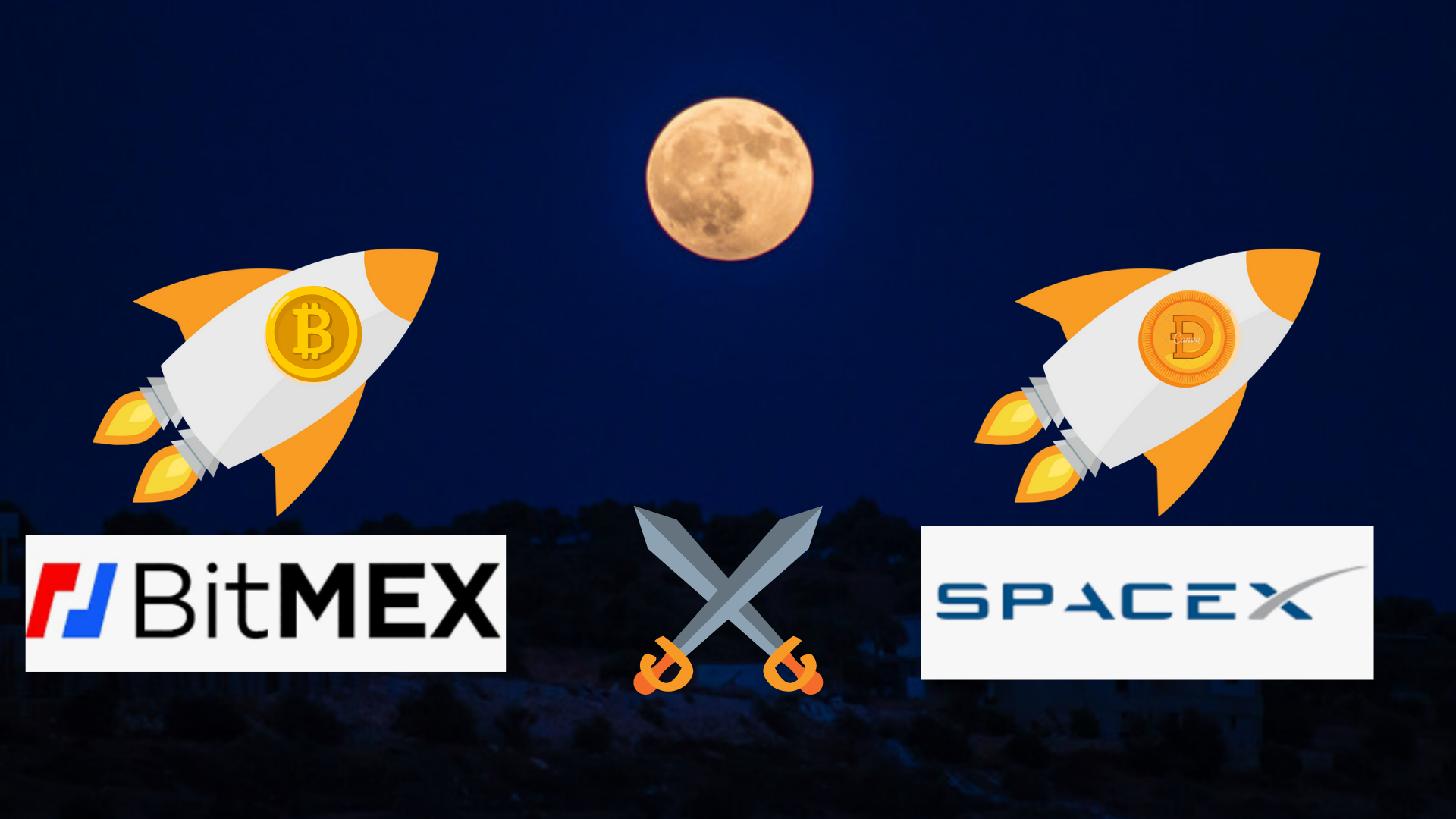 Popular crypto derivatives exchange BitMEX announced on 4th June that they would be supporting space robotics firm Astrobotic Technology in its mission to send its first commercial lander to the moon during Q4 2020.

BitMEX plans to make the occasion by delivering a one-of-a-kind physical bitcoin to the moon’s surface. On the topic of Musk known as a “Dogecoin protagonist”, they said:

“We’ve nothing against Dog Money, we felt it was only right to help Bitcoin get there first.”

On the news of BitMEX’s astronomic ambitions, he responded through a tweet.

Although many people are pressing for Elon to make DOGE win the crypto space race, some believe that there are more pressing problems on Earth than whether one’s crypto token of choice reaches the orbit of another celestial body.

Some projects have explored the utility of establishing crypto infrastructure from space, but only a few have captured the mainstream imagination, like Musk’s DOGE expedition. However, the plan to launch cryptos outside first is not the first for the Tesla CEO.

In August 2017, Blockstream pioneered the use of crypto satellites to broadcast Bitcoin transactions from space. In August 2020, ‘an interplanetary architecture’ was being developed by Robonomics and Kusama to relay data between Mars and Earth using the Kusama network. As of now, Robonomics is aiming to connect Internet of Things (IoT) devices using the Polkadot network.

There has been a lot of development regarding ‘cryptos in space’ in 2017. Spacechain had successfully deployed nodes in the orbit to operate as an isolated cryptographic module from orbit. A couple of days back, the project also announced about its multisig Ethereum payload destined for installation on the International Space Station has been launched aboard a SpaceX rocket.

WazirX gets ED Notice for cryp..