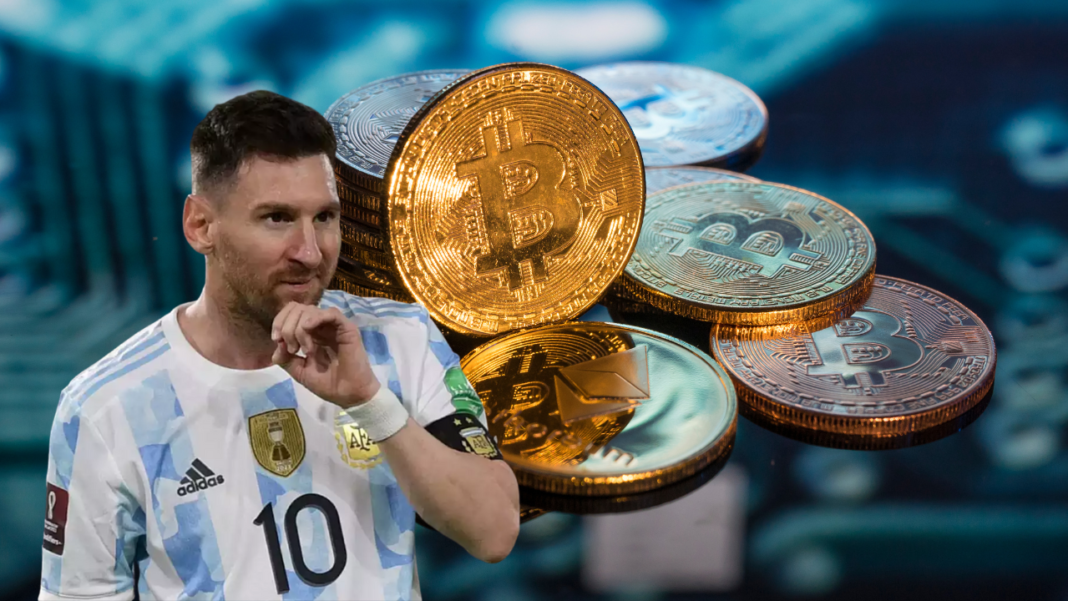 As captain of Paris Saint-Germain and the Argentina national team, Leo Messi recently won the World Cup. In addition to being a world soccer champion and winner of seven Ballon d’Or awards, he has also been deeply involved in crypto. Among the many standing projects, he is involved in are Bitget, Sorare, and Socios. Let’s take a closer look at them.

Messi’s signing as a Global Brand Ambassador for Socios.com is another significant step in the union between cryptocurrencies and sports.

As a result, the Argentine champion has begun to promote Socios.com to his 400 million followers, increasing the number of fans who are adopting digital currencies, especially Fan Tokens.

The partnership with Messi aims to raise the bar for Socios.com’s presence in soccer and sports, innovating the concept of fan engagement. Moreover, Socios has partnered with more than 130 of the largest sports organizations, including Paris Saint-Germain, FC Barcelona, Juventus, AC Milan, Inter Milan, Milan, Napoli, and Uefa.

In partnering with Messi, the ultimate goal is inclusion and sharing from the crypto world to soccer fans.

A leading global cryptocurrency exchange, Bitget announced in October that it had partnered with the iconic soccer player Lionel Andrés Messi. Bitget and Messi launched a partnership a month before the World Cup, which led to the production of a film.

In this partnership, Bitget provided Messi’s fans with a unique opportunity to explore Web 3.0 and cryptocurrency trading. In addition, there is a shared understanding that the partnership will allow both parties to engage in more robust efforts beyond cryptocurrencies and soccer.

The collaboration between Bitget and Leo Messi is also intended to boost confidence in the crypto world, which recent problems with FTX have shattered. The company has invested $20 million in advertising campaigns to provide users with attractive rewards and improve market sentiment through various advertising campaigns.

In November, World Cup winner Leo Messi joined Sorare, a fantasy sports company based on NFT technology. Through this partnership, Leo Messi became an ambassador for Sorare. This blockchain-based gaming platform has not only launched soccer-related games but also launched baseball and basketball-related games.

Sorare had raised $680 million in a record Series B round last year to accelerate the development of its fantasy sports platform and ended its partnership with Messi.

Further, Messi acquired an equity stake in the blockchain-based fantasy game, allowing the striker to provide content and experiences to fans via the non-fungible token (NFT) trading platform.

According to the club’s announcement, Leo Messi will receive part of his salary in cryptocurrency. As a result, the PSG token doubled in value.

A contract worth more than 30 million euros plus bonuses were signed by the world soccer champion with the Parisian team, with an option for a third year.

Messi’s welcome package, however, includes a portion of his salary paid with the cryptocurrency “$PSG Fan Tokens.” The news, predictably, sparked a rally in the cryptocurrency: since Messi signed, its value has doubled. Messi joined the $PSG fan community in January 2020, which was created to build a new fan community.