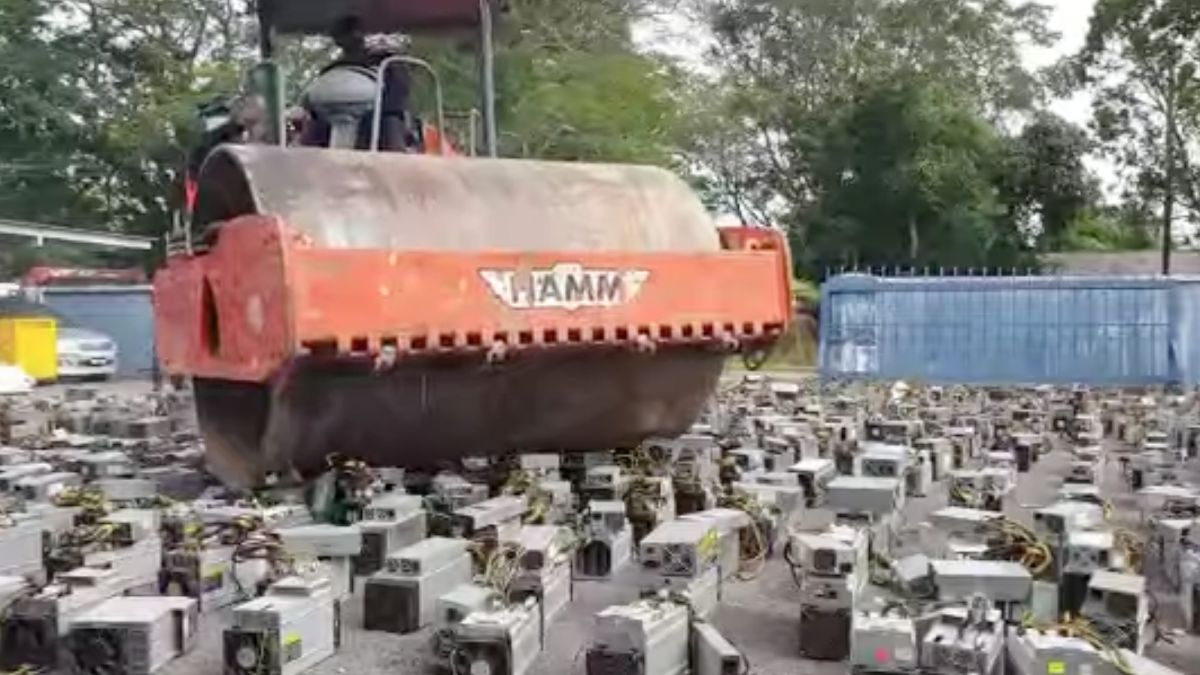 A video clip showing the destruction of Bitcoin ASICs went viral on Twitter. Many wondered about the ‘who-where-why’ about the video. It turns out, it was the Malaysian Police.

In the video, A steamroller is crushing hundreds of Bitcoin ASICs on the ground. The video then went into circulation among the Chinese crypto community on WeChat. Initially, it wasn’t clear about the whereabouts of the video.

However, in a recent report by Malaysia media outlet The Star, Malaysian police in the city of Miri was deposing 1,069 Bitcoin ASICs. The reason for that was a crackdown on electricity theft. Another media outlet had a video clip at a different angle showing the local police crushing the Bitcoin ASICs.

The Miri police and Sarawak Energy Berhad carried out a joint operation between February and April. As a result, they arrested eight people for allegedly stealing electricity for mining Bitcoin. They also confiscated equipment worth $1.25 million.

In the report, Miri police stated, “All seizures made in the cases that had been settled in court were disposed of at the Miri district police headquarters today.”

Previously, there have been multiple reports about operators in Malaysia stealing electricity for mining Bitcoin. Similarly, a Malaysian electricity utility raids 33 Bitcoin miners accusing them of stealing $760,000 in electricity. Recently, Melaka state hunted a bitcoin miner that allegedly caused around 9 million ringgit ($2.2 million) of losses to a local utility company.

WazirX is being probed for all..