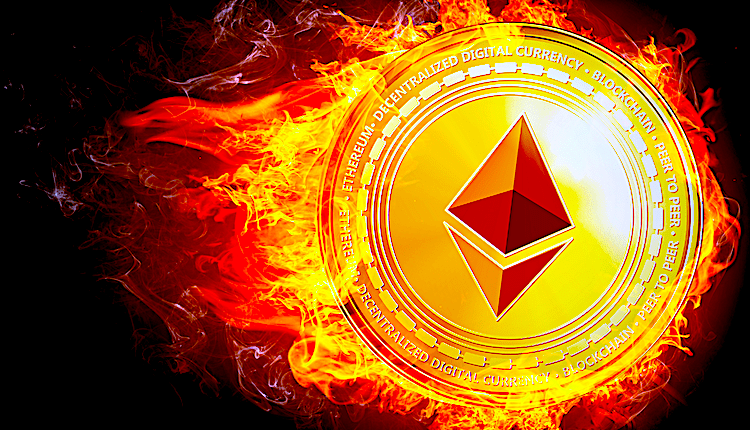 The Ethereum network hits another record after breaking the ATH on the market, which is $4 billion worth of Ethereum coins burned already.

The burning mechanism on the Ethereum network was presented in August as part of the major fee structure update EIP-1559. With the implementation of the burning mechanism, fees that previously went to ETH miners are now being burned.

Due to the rapid increase of DeFi, NFT and dApp popularity, the burn rate on the network has been increasing continuously. As a result, the major fee increase is currently at around 150 GWEI, which was considered extremely high a couple of months ago.

Previously, U.Today reported that weekly Ethereum issuance hit negative for the first time in the coin’s history. The current week is still holding the positive issuance mark with 7,500 ETH coins issued. More than 86,000 ETH were burned and 93,000 were given out as rewards.

The net reduction in issuance compared to periods when the fee-burning mechanism was not active reaches 64%.

As for the price of ETH, it has been steadily moving up since the beginning of October and has now reached 68% profit and gained more than $1,900 in value. In addition to that, Ethereum sets a new ATH for the second consecutive week.

Hence, for the first time since the introduction of the fee-burning mechanism, Ethereum has reached its first whole week of negative issuance in the coin’s history. The main reason for such statistics is elevated network load and increased fees.

Meanwhile, the market price of ETH has constantly been moving up since September and is now at 53% monthly growth. Therefore, with more investors choosing a cryptocurrency to avoid losses caused by inflation, Ethereum might become a top pick for those who are willing to redistribute their funds and own a deflationary asset.