Apple is hinting at crypto payments incorporation in the future 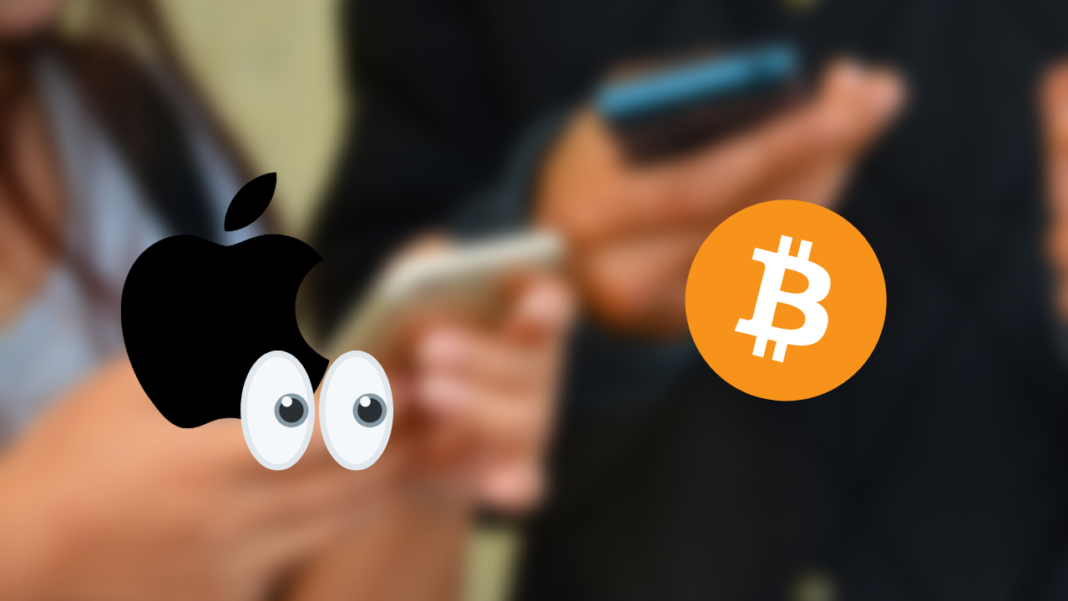 Last year, as crypto gained traction, so did the number of companies making an entrant into the space. With time, many major companies across industries took a step towards evaluating a use case for the technology. Now, it looks like tech giant Apple is hinting towards some sort of crypto payments incorporation in the future.

Apple has recently announced its plans to launch a feature dubbed “Tap to Pay” for its iPhone. With this new feature, users can turn their iPhone into a point-of-sale device for businesses and merchants. While this doesn’t sound much for crypto at the face of it, there is some potential to it.

The announcement explained that with Tap to Pay, iPhone-owning merchants can receive contactless payments via their mobile devices. Essentially, their device act as a point-of-sale machine thanks to another technology near-field communication (NFC).

According to Apple, they’ll extend support for this feature to “Apple Pay, contactless credit and debit cards and other digital wallets”. What this means is customers with a Coinbase Card, Crypto.com Visa Card or a similar card can use crypto holdings to make payments.

While there is a possibility that Apple can place a direct barrier, preventing those cards to function, right now, they can freely operate via this mode.

As of now, Apple has announced Stripe has the first platform to offer the Tap to Pay feature. Moreover, they also stated that “additional payment platforms and apps will follow later this year.”

Since many crypto exchanges such as Coinbase allow users to convert fiat holdings to crypto, Apple users can take advantage of this for making crypto payments. Although that is an indirect method, it opens up avenues for further adoption in the future.