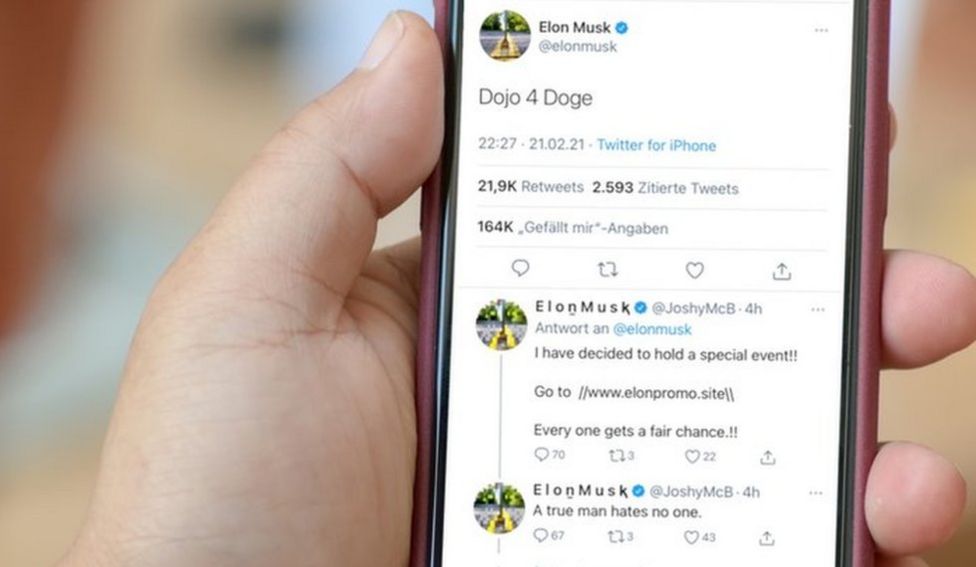 As the crypto industry continues to grow and get legitimacy, scams are on the rise too. We saw a lot of scams during the previous cryptocurrency surge in 2017, and with the market reaching new highs every day, scams have also increased. In the latest scam, a person from Cologne, Germany got duped for £400,000 (~$550,000).

How did the crypto scam take place?

Per a report by BBC, the man named Sebastian (not the real name) just clicked on a link to a giveaway that promised to double his money. What made him believe it all was the fact that he had clicked on a link which was a reply to Elon Musk’s cryptic tweet about Dogecoin. The giveaway website also looked legitimate to him, and it mentioned that there’s a competition being conducted by Tesla. The website stated that people can send 0.1 Bitcoin to 20 Bitcoin and get double the amount back.

There was also a timer running to get people to hurry up. In a classic case of greed taking over logic, Sebastian thought that he should send the maximum amount he could, so he sent 10 BTC after verifying the blue tick next to Elon Musk’s name. The problem was that the replies to the tweet seemed to be from Elon Musk, but they were scammers.

What happened next is something you could easily guess – as the timer finished, Sebastian continued refreshing his wallet to get double the amount of BTC, only to realize that it was a scam. He kept emailing and tweeting the fake Twitter account of the scammer but didn’t get any reply.

How much money are crypto scammers making?

Whale Alert — a blockchain analysis company — checks the public ledger of Bitcoin blockchain (and other cryptocurrencies) to track the movement of coins to spot the trends. The Amsterdam-based firm has identified several Bitcoin addresses that are operated by giveaway scammers. It highlighted that 10 BTC send by Sebastian was the highest amount they’ve tracked.

According to the firm, scammers have made $18 million in less than three months this year — more than $16 million made in 2020. It also stated that scammers are casting a wider net as well. While 10,500 people fell victim to such scams, more than half (5,600 to be exact) have been scammed in 2021.

What can you do?

Well, as mentioned above, you shouldn’t believe any get-rich-quick schemes, whether it’s for fiat currency or virtual currencies. You should always have multiple checks to verify the authenticity of a person or any content shared by them. You can also report such accounts on Twitter or the respective social platforms.

While we could wait for authorities to crack down on such scams, we should always be careful.