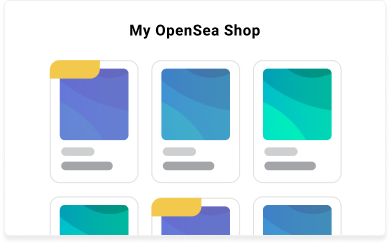 A16z, or Andreessen Horowitz, is a prolific venture capital firm that has invested in hundreds of companies. It also has been investing heavily in the crypto space with its dedicated crypto fund. Some of the companies that it has invested in include the likes of Coinbase and Decentraland. Now, another startup that’s being added to the list is OpenSea, a popular NFT marketplace. OpenSea has closed a $23 million Series A funding led by A16z. The other investors in the space include popular names like Mark Cuban, Naval Ravikant, and more.

As described in our NFT market opportunity piece, OpenSea stands out from the slew of NFT marketplaces. It acts as a bridge between the consumers and infrastructure to offer digital goods that can have a provenance, thanks to blockchain. It’s a one-stop place to discover, buy, and sell non-fungible tokens. Moreover, OpenSea also makes NFTs searchable and organized as you can see all the details of the asset. It’s not a surprise that OpenSea has been growing exponentially. In the last six months, its transaction volume has grown 100x.

Started in 2017, OpenSea raised $2 million after a few months of its inception. It competes against the likes of Mintable and Rarible. Similar to many other NFT marketplaces, it’s cashing in on the celeb factor to gain popularity. OpenSea has partnered with Shawn Mender, a popular singer, to sell his virtual avatars. It is also working with Super Bowl champion Rob Gronkowski, also known as Gronk, for selling trading cards.

A16z has invested the money from its Crypto Fund II that has a corpus of $515 million. With NFTs being sold for as much as $69.3 million, it’s evident that marketplaces like OpenSea will become more popular in the time to come.