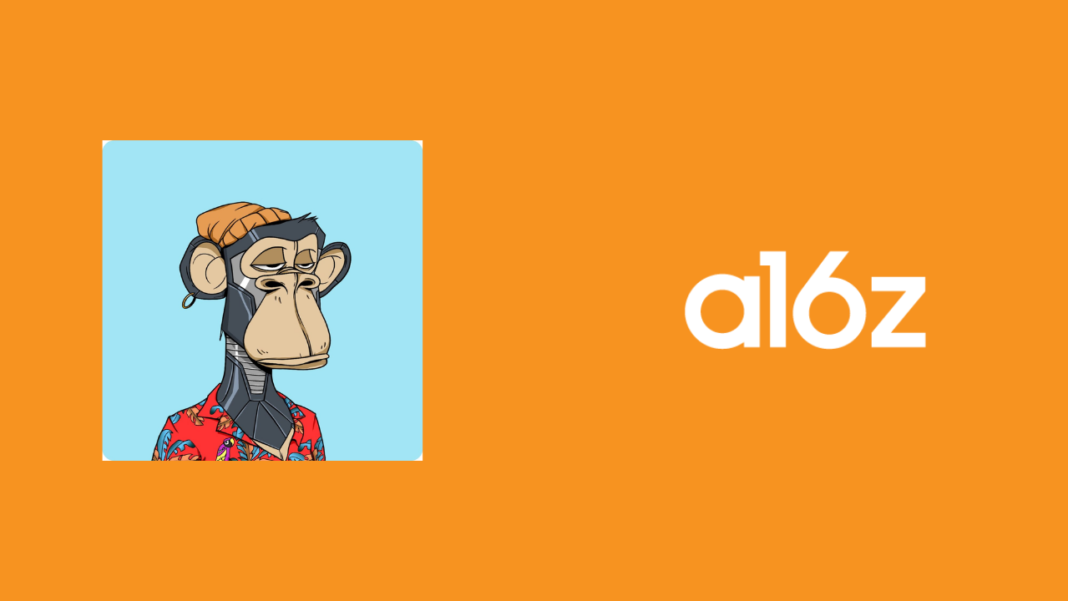 Tech Venture Capitalist Andreessen Horowitz (a16z) is in talks with Bored Ape Yacht Club creator, Yuga Labs. Reportedly, a16z has stated the valuation for the project as high as $5 billion.

According to the Financial Times, Yuga Labs is seeking funding for a multi-million dollar piece of the company. Overall, if a16z secures a deal with Yuga Labs, this will become the first institutional investment the latter accepted.

Yuga Labs’ creation has made headlines around the world for one of the most popular NFT collections in the world. However, as of now, there is no information regarding the terms and negotiations of the deal yet.

Besides this, a16z and Yuga Labs both have not confirmed the news yet. Moving on to the NFT collection, Bored Ape Yacht Club (BAYC) is at the second position for the most traded NFT collections list.

Moreover, major celebrities such as Justin Bieber and Paris Hilton have already revealed their own Apes.

Yuga Labs have had an ambition of becoming a “community-owned brand”. This is a major reason why they have only 11 full-time employees in 2022.

Talking about a16z, besides Yuga Labs, the investment firm has over 41 companies in their portfolio with ‘crypto credentials’. In fact, these companies include NFT-based projects such as OpenSea, Autograph, and CryptoKitties.

However, unlike those companies having a publicly known team, Yuga Labs have a pseudonymous team.