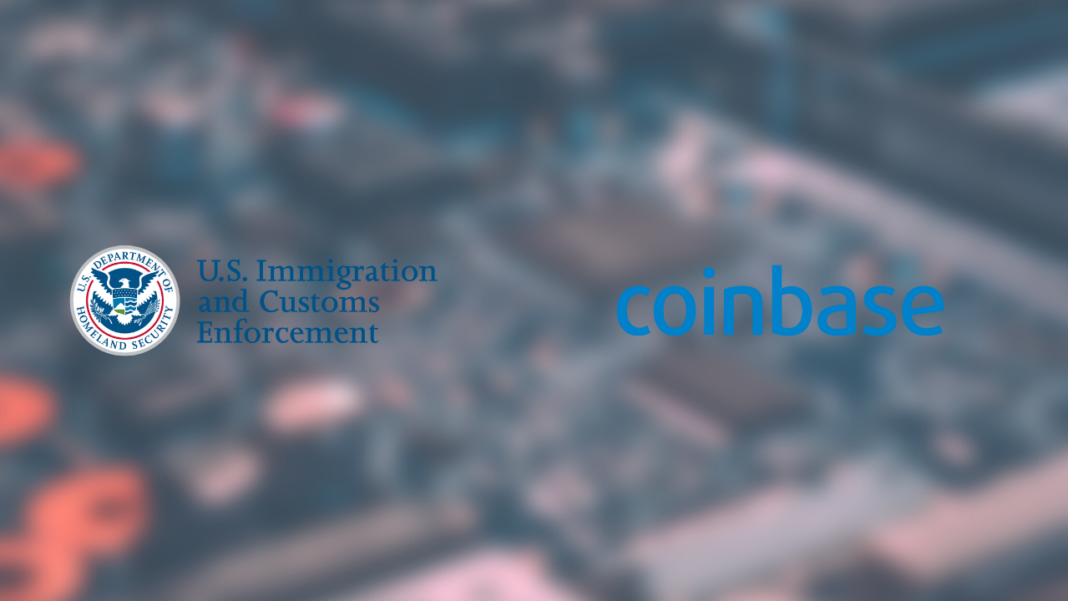 Popular US-based crypto exchange Coinbase has signed a multi-million contract with the Department of Homeland Security for technology development. Under the agreement, Coinbase will deliver ‘application development software as a service for U.S. immigration and customs enforcement (ICE). Coinbase received $455,000 from the department when the contract took effect last Thursday. However, Coinbase will receive upwards of a million dollars as the contract can see an extension of three years.

Moreover, Coinbase and U.S. customs are partnering up for the second time now. Previously, Coinbase secured a $30,000 contract that provided ‘computer forensics services to the agency. That contract took place in August.

The Crypto community is not pleased with these partnerships and has backlashed them. Human Rights Foundation chief strategy officer Alex Gladstein said that the compensation is comparatively low. In his words:

“This isn’t very much money for Coinbase in the grand scheme of things. Strange that they would risk much reputationally such a relatively small sum.”

Moreover, he is talking about the relational value of the crypto exchange’s operations compared to the earnings from the contract. Previously, the community has also criticised Coinbase’s move of acquiring blockchain analytics start-up, Neutrino. But why so?

As it stands, Neutrino was reported to be involved in Hacking Team, which helped authoritarian regimes spy on journalists.

However, CEO of Coinbase Brian Armstrong assured that all the staff relating to the controversial frim would transition out of their roles at the exchange. Following the acquisition, Coinbase is also in touch with the U.S. Secret Service. In addition, they had announced the creation of a Crypto Fraud Task Force mandated to investigate illicit crypto transactions.