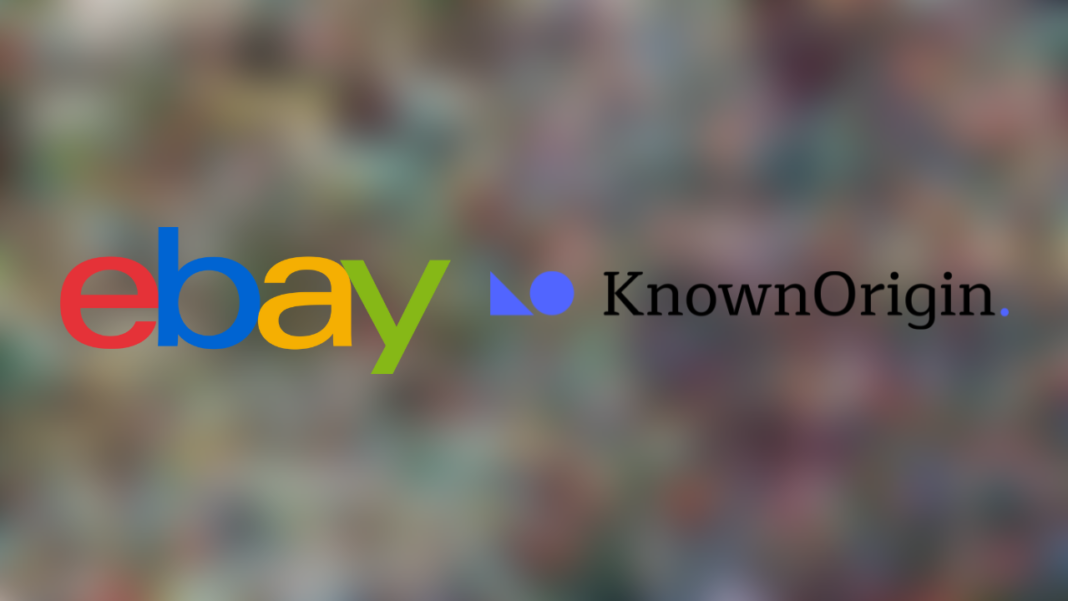 One of the most popular e-commerce companies in the world, eBay has recently announced that they are acquiring NFT marketplace KnownOrigin. According to eBay, they completed the deal with KnownOrigin on June 22nd.

KnownOrigin is a Manchester-based company that came into being in 2018. Andy Gray, David Moore, and James Morgan had founded the company. The platform enabled artists and collectors to create, buy and resell NFTs. Now, eBay is acquiring the entire company which includes IP as well as the team.

eBay CEO Jamie Iannone talked about this in a statement:

“eBay is the first stop for people across the globe who are searching for that perfect, hard-to-find, or unique addition to their collection and, with this acquisition, we will remain a leading site as our community is increasingly adding digital collectibles.”

In addition to that, Jamie said:

“KnownOrigin has built up an impressive, passionate, and loyal group of artists and collectors making them a perfect addition to our community of sellers and buyers. We look forward to welcoming these innovators as they join the eBay community.”

Previously, eBay had launched its first collection of NFTs. They partnered up with web3 platform OneOf for their NFT collection. The “Genesis” NFT collection featured 3D and animated interpretations of the iconic athletes featured on Sports Illustrated covers.

At that time, eBay stated that the company decided to do its first-ever collaboration in the NFT space due to popular demand.

While eBay has a significant presence in e-commerce, the company will have to compete against many crypto-native NFT marketplaces such as OpenSea, which already command significant market share.