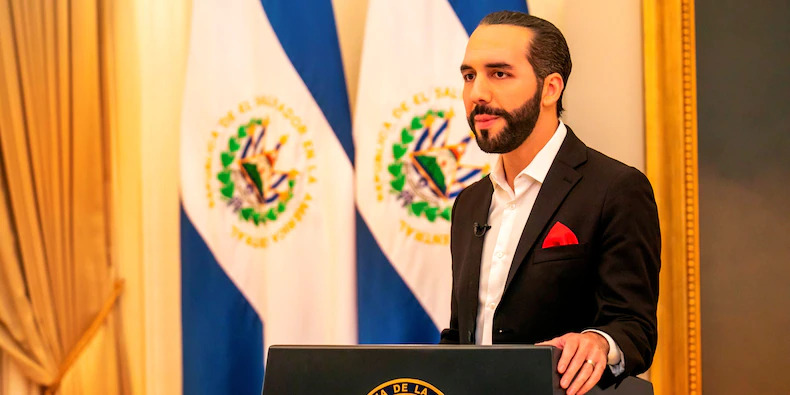 Nayib Bukele, President, El Salvador, has taken advantage of today’s drop in Bitcoin prices to increase his country’s BTC reserves. On Wednesday, October 27, Bitcoin (BTC) and the overall cryptocurrency market entered a strong correction with the BTC price slipping under $60,000 levels. Citing some opportunity here, the Bukele bought the Bitcoin dip adding 420 Bitcoins worth $25 million to the Treasury.

“It was a long wait, but worth it. We just bought the dip! 420 new bitcoin,” wrote El Salvador President Nayib Bukele in his Twitter post.

Shortly after, he tweeted: “We’re already making a profit off the #Bitcoin we just bought.” During the time between the tweets, the value of the country’s Bitcoin grew by around 0.4% or $100K.

The President further noted that they have already been making a profit from the Bitcoins they have purchased. Explaining further, he said:

“How do we make a profit if 1 BTC = 1 BTC ? We have a trust fund accounted in USD, but the trust is funded by both USD and BTC. When the BTC part revalues in comparison to the accounting currency (USD), we are able to withdraw some USD and leave the trust with the same total.”

This is the first big purchase of El Salvador in more than one month after its last purchase on September 20, last month.

As per the official data from Reuters, the El Salvador treasury holds a total of 1,120 BTC worth nearly $66 million. The company’s economy heavily depends on the $6 billion in remittances received from abroad. Getting Bitcoin as the official currency will help to cut down on remittance costs.

Earlier last month, El Salvador became the first country in the world to adopt bitcoin as legal tender alongside the U.S. dollar, which Bukele has argued will lower the cost of remittances from Salvadoran migrants living overseas.