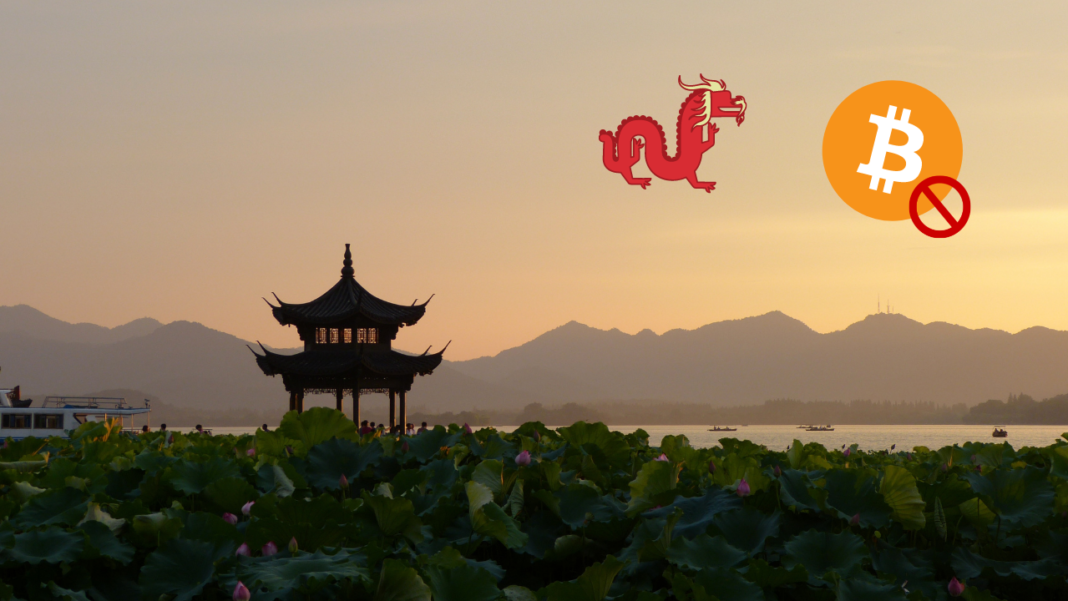 Amidst all the conversations about energy-efficient Bitcoin alternatives, it’s evident that the pioneering virtual currency maintains its dominant position. With its proof-of-work mining algorithm, its energy usage has always been a concern. However, with the serious stance taken by the Chinese government, we may see a shift towards green bitcoin mining. Wondering why we believe that? Well, continue reading this piece, but before that, let’s take a quick look at the regulations by China.

While China has always been making strict rules against the cryptocurrency ecosystem, it has been taking some bold steps this year. Be it banning cryptocurrency miners or warning against crypto trading. Perhaps all this is to have a clear path for its own CBDC – Digital Yuan.

In June this year, the government announced that the crypto mining companies operating in China would need to shut down. With the country dominating the mining industry, it was a huge blow to the ecosystem as well. To remind, mining refers to solving mathematical puzzles to verify the transactions and note them in a shared digital ledger.

Is Bitcoin mining such a big energy concern?

Well, people are divided on this one. There’s no denying that mining Bitcoin does require energy, but it’s not that high as many people make it. And yet, the industry is trying to move towards greener solutions to alleviate the concerns. But, unfortunately, Bitcoin also produces significant CO2 emissions. And that’s why it wasn’t surprising to see even Tesla’s CEO Elon Musk move away from Bitcoin as a payment option for purchasing electric vehicle maker’s offerings.

However, if you look at it statistically, as per Bitcoin Mining Council, BTC’s mining uses less than 0.117% of the world’s energy. That’s not it. While a lot of the energy produced is wasted, Bitcoin consumers 2.8% of the total energy wasted or lost in the US.

What are alternatives for energy?

Well, the answer isn’t much difficult… it’s green energy. Also known as renewable energy (even though they’re slightly different), these techniques utilize environment-friendly solutions such as wind, solar, and geothermal energy. Compared to non-renewable sources such as fossil fuels (coal, oil, and natural gas), which will vanish from the earth sooner than later, renewable energy sources will always be there.

While not falling in the green energy categorization, nuclear energy is also a potential alternative. In The B-word conference, Elon Musk himself said that modern nuclear plants are quite safe, and they could be used as an energy source for mining Bitcoin.

What’s the current status of usage of green mining?

While it shouldn’t be looked upon as an independent stat, considering the ban by the Chinese government has certainly played a crucial role, it’s worth highlighting that the usage of green mining jumped to 56% in Q2 2021. The data comes courtesy of the Bitcoin Mining Council, which stated that the same share in Q1 of this year was 36.8%. So we can only assume this number to go up from here.

As mentioned in the previous point, it’s encouraging to see the move towards sustainable energy sources for mining BTC. There’s no denying that the ban by China would have resulted in a more than 50% increase. Yet, several reports suggest that the move by the Chinese government would have an adverse impact. What that means is that miners would look for dirtier sources of electricity. Since China produces a huge among of hydroelectricity around the Sichuan province, where the miners were also based, they will now be selling off their machines or finding a cheaper place for mining outside of the country. Experts believe that it’d result in higher emissions.

While we haven’t talked about Bitcoin’s price yet, it’s worth mentioning that the ban by China also impacts its value. From its highs of $60,000, BTC is now trending at $xx (which is better than the immediate reduction to ~$30,000).

Another thing that’s worth highlighting is that China’s loss could be the USA’s gain. Within just two years, the share of Bitcoin mining has increased from 4% to 17% in the United States, making it the second-largest miner in the world.