More
HomeNewsHow to spot Crypto Gems Before the World does it?
News 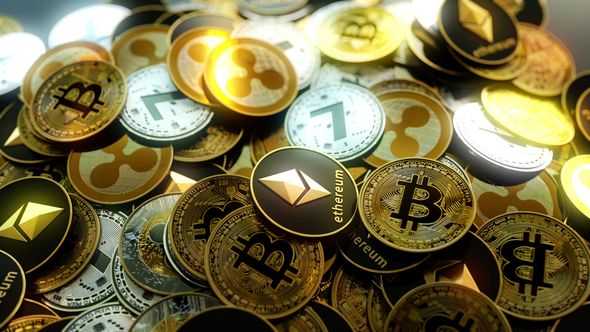 It is always thrilling to discover tales about how someone invested a few thousand dollars into an underrated cryptocurrency (Crypto gems). And which after that turned into millions of dollars. Just like that, two brothers from New York invested roughly $7,900 into Shiba Inu (SHIB), a coin created as a counter for Dogecoin (DOGE). And their initial investment inflated to nearly $9 million. Unreal right?

Dogecoin itself was already created as a joke and have become widely successful with the assistant of Elon Musk’s tweets. So many millionaires have been made overnight from these so-called meme coins and altcoins. But as you know, by the time you move your eyes on them, it’s too late.

And after that, when the profits have happened, if you jump in only due to fear of missing out (FOMO), there is a high possibility that you may end up in a considerable loss.

The gist is to find these Crypto Gems before crypto enthusiast does. And there are several strategies on how one can find these gems. This article will talk about the most effective strategies to find the next 10x, 100x or even up to 1000x crypto gems.

What are Crypto gems?

Crypto Gems are those cryptocurrencies and tokens which are undervalued and out of the public eye. However, they carry the potential of delivering massive profits. These new gems usually have a low price to start with (under a cent). With the possibility of providing significant returns. However, it requires a lot less volume and market anticipation to boost the value of these gem coins.

As far as Bitcoin or Ethereum are concerned, it would require hundreds of billions if not trillions of dollars to do a 100x.

Therefore, it becomes more important to be able to spot the scams out of those many coins. Even with the investment of legit coins, there is a great deal of risk involved.

Note: Being listed on several exchanges doesn’t mean the project is legit so completely analyze the crypto before you get in.

Red Flags to look out for in a Crypto Gem/project

Now that we’ve talked about what to look for in the undervalued coins. Let’s talk about the red flags you should avoid.

High Promises. If the team says, the coin will jump up to 50x or even 100x in a week, never blindly trust random guarantees and predictions. They often pump the price of the coin just to attract investment and increase popularity. So that they can unload their bags into these new users.

Possible Exploits/Bugs in the code. As cleared earlier as well, it is quite hard to read and identify smart contracts. And to know whether there are bugs and if exploits are possible. So people usually just rely on the notion that someone other than them has already done the due diligence and inspection. Some projects to increase the legitimacy of their coin hire popular firms to do the research work. They perform smart audits and then publish the results. These results are published publically to provide a higher sense of reassurance. That the smart contract cannot be exploited and is safe.

Inactive team and Community. In a few words, the team that actively understands their customers’ market strategy is better than the team only focusing on their project. And doesn’t bother having a social face so that the public can know what is going on.

Bad Tokenomics. Tokenomics is a crypto term usually used to describe the study of cryptocurrencies. It includes questions like how the coin distribution is made, the use case of the token. The number of coins to be circulated and their total supply in the market. Coins or projects with bad or unpleasant tokenomics are less appreciated and usually have founders holding quite a considerable amount of the coins to dump and attain their profits.