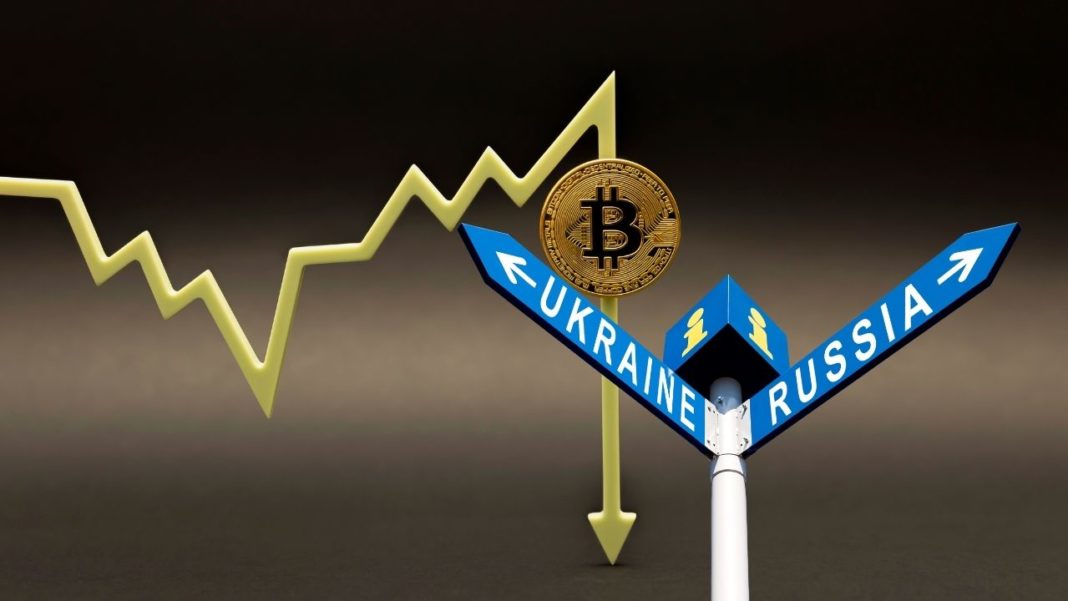 In the last week, the price of BTC has swung a lot. Last Thursday, it was $44,000, and amidst developments in Ukraine and Russia, the price fell below the $40000 mark. At the start of the week, it went below $37,000 after Russian President Vladimir Putin released a statement related to Ukraine. This has created fear in the minds of crypto investors whether the Market is getting impacted by the conflict.

It is essential to mention that there’s likely to be no direct effect on the value of Bitcoin from the events in the eastern part of Ukraine. However, the indirect impact, like the rise the gas and gold prices, is noticeable.

Also, the other factors contributing to the drop in Bitcoin Price are the prevalence of COVID-19, labour and supply chain issues, and inflation concerns.

There is a possibility that the armed conflict currently being waged between Ukraine and Russia could escalate. However, if the fighting is restricted to the dispute-ridden Donbass region in the eastern part of Ukraine the effect on global financial markets or the crypto market may be minimal and temporary.

Having said that, speculation about whether the Russian attack might not be limited to Donbass are ripe. Only time will tell if the current situation will escalate into a full-fledged war.

The primary concern of markets

The major stock exchanges around the world are showing a dip. So, Bitcoin price isn’t the only one that is seeing a downward trend.

The gold price is back to its peak in the last 12 months, providing an idea of the dread in today’s global financial markets that is likely to diminish in the near time.

The decline in the value of BTC in the past two days isn’t as drastic as the dip in Moscow Stock Exchange which has gone down by around 20 percent.