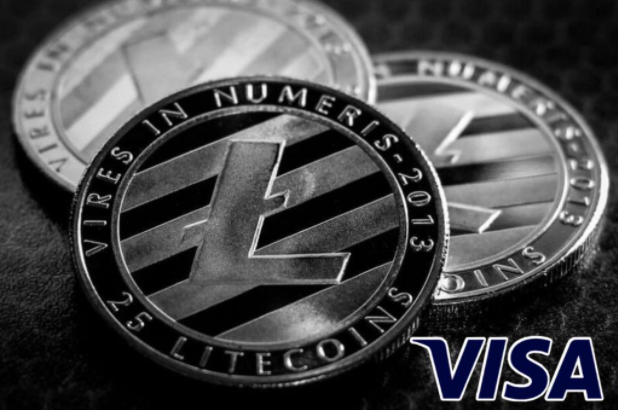 Litecoin, the open-source altcoin continues its significant partnership with VISA. The altcoin will now be accepted anywhere VISA is. It means that users can now use Litecoin to pay for any services or products that accept VISA card payments. This includes retailers, online shopping, restaurants, digital services, and so much more.

The official VISA debit card issued by Litecoin will convert the cryptocurrency into US dollars in real-time. There will be no additional transaction fees or deposit fees for using this VISA debit card, only a flat monthly fee of $5.

However, this monthly fee will also be waived, if users spend more than $750 every month. Users can also connect this card with the LTC wallet app.

Litecoin growing up the Ranks

Although Litecoin tweeted this announcement today, its VISA card has been available for almost a year now for US residents. Users are asking the altcoin to clarify the term ‘anywhere’ on social media.

The LTC VISA card is still only available in the US. However, saying the token is available ‘anywhere’ does indicate a worldwide adoption. So, there’s still a lot of speculations to confirm for this rising altcoin.

For months, LTC has been flying under the radar in the crypto market as other altcoins like Shiba Inu, Solana and Dogecoin have taken the spotlight. However, it seems like the Bitcoin–blockchain-based crypto is trying to make a comeback to end the year with a boom.

Just 2 days ago, Litecoin announced that AMC Theaters will be accepting LTC as payments. LTC holders can now pay with the token to watch their favourite movies. Earlier this month, the Commonwealth Bank of Australia announced that users will be able to buy, sell, and hold LTC with its official bank app, along with Bitcoin, Bitcoin Cash, and Ethereum.

So, Litecoin is making a lot of progression in the final quarter of the year. The altcoin is up by over 34% in the last 7 days. But it has a lot of catching up to do to reach its previous all-time high of $410.26, recorded back in May.