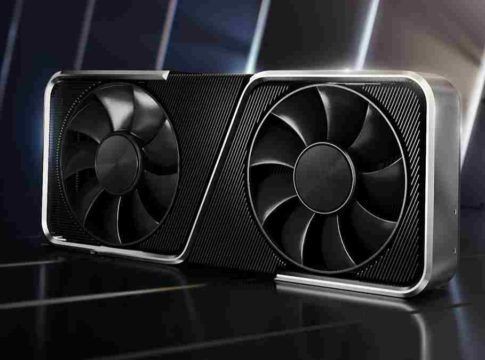 Nvidia is tweaking the design card’s software to hinder its capacity to mine cryptocurrency. This is to help guarantee the RTX 3060 reaches PC gamers when it gets launched towards the end of February 2021.

Nvidia Corporation an American multinational technology company based in California. It designs Graphics Processing Units (GPUs)/Graphics Cards for the gaming and corporate sectors. It became popular after its gaming consoles got popular.

GPU’s are important to gamers and video editors as the better the card, the smoother the image. They convert the data into signals your pc can understand and thus shows an image on your monitor.

Now, the Nvidia RTX 3070 and Nvidia RTX 3060 cards are the best graphics cards ever made. They display 4K resolution and it supports high functionality games.

Why did they do it?

To avoid a price hike and shortages in supply, Nvidia announced it will restrict the RTX 3060’s mining capability through the card’s official software driver. The computer code has now been redesigned “to detect specific attributes of the Ethereum cryptocurrency mining algorithm, and limit the hash rate, or cryptocurrency mining efficiency, by around 50%.”

The normal consumers are unable to get their hands on RTX 3000 due to cryptocurrency miners purchasing the limited supply. Due to the jump in the prices of Bitcoin and Ethereum, mining has also surged.

Matt Weubbling, the Global H of GeForce marketing, also stated in a blog post that they’re taking this “important step to help ensure GeForce GPUs end up in the hands of gamers.”

Nvidia CMP or Cryptocurrency Mining Processor a new line of GPUs specially designed for professional Ethereum mining. These upcoming products will reduce the PC-related gaming characteristics and revamp the hardware for mining.

“CMP products—which don’t do graphics—are sold through authorized partners and optimized for the best mining performance and efficiency. They don’t meet the specifications required of a GeForce GPU and, thus, don’t impact the availability of GeForce GPUs to gamers,” Nvidia says.

The products will be released in the first quarter and more will come along the Q2. Lastly, they also confirmed that they won’t interfere with the mining capability of the existing GPUs.

I’m excited for the CMP to be launched. Are you?