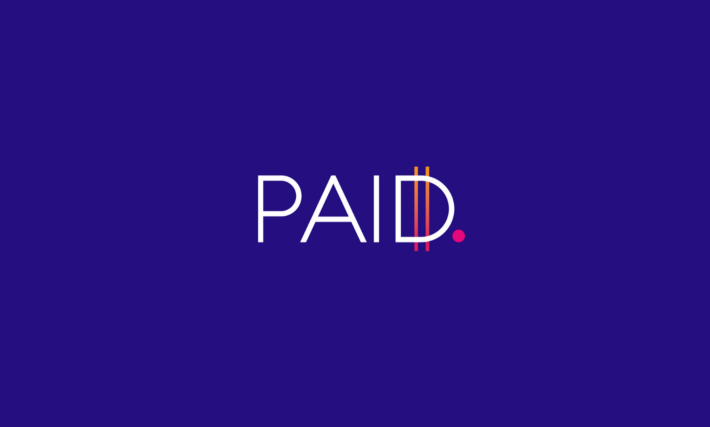 PAID, a decentralized app (dApp), aims to revolutionize the way the business transition is carried out by eliminating complex and expensive legal services.

The network leverages the blockchain technology to deliver DeFi SMART agreements in order to save time and money for businesses.

Using PAID’s proprietary agreement templates, users can fill in terms quickly and execute contracts from their laptop or mobile phone. Along with that, throughout the lifecycle of the contract, the platform provides management options and communication methods.

Simply put, it eliminates the unnecessary complexity of executing documents and breaking down the borders which could complicate arbitration.

If it is able to succeed, we might have a system in place which is not as complex as the current legal system and at the same time will not pinch your pocket.

How does PAID work?

The PAID network offers a number of templates through which, users, after creating an account, can use operate in the network.

Now, it is time to talk about the top 5 things you should know about PAID network:

PAID entered into a partnership with one of the leading oracle solutions in the market right now, Chainlink. This allows them to integrate a mathematical verifiable random outcome on its platform.

Here, Chainlink provides a random function which is verifiable on-chain. This is very imperative since it entails with sensitive legal matters. Also, Chainlink VRF can verify every decision mathematically on the platform that is open for everyone.

The PAID utility token is an integral part of the network. Although it is multipurpose, it’s mainly used for purchasing agreements and subscription service fees. The token is also used for staking, escrow, etcetera. This plays an important role in the platform’s scoring and governance purpose.

Originally, PAID was designed to run on Polkadot, which is a multi-chain architecture enabling customized side-chains to connect with public blockchains. Although it was better than the current systems, the tiny footprint meant it’ll take time for the public to adapt to this new system. Meanwhile, contribution of Ethereum in the smart contract network is very significant and a major part of the developer base developing dApps targeting the network is a fine example of that.

So, to address the customer base of Ethereum, PAID network decided to have a system that’ll act as a bridge between the networks. That project is dubbed The Plasm Network.

Before understanding about Ignition, let’s talk about the ‘incentive problem’.

A lot of token purchases just as they want to be a part of the innovative and disruptive technologies, also want to have a fair and transparent process that rewards users for acting the ‘right’ way. Simply put, they would like to have an environment that is more accessible and user-friendly. That is what Ignition aims to do.

Ignition Token is a reward token developed to reward purchases who not only support the project at launch, but do so throughout the lifecycle of the project by holding and utilizing it. This solves 2 problems: Volatility of new listings and making it more attractive for the longer term and the future users of the platform.

The token’s recently been reaching new highs having a jump of about 48% reaching to about $2.5 having a change of around $1.2 as of writing.

A jump of about 50% is a testament that people have started looking at the network positively. It also suggests that people think that PAID network is a viable alternative to the current legal systems.