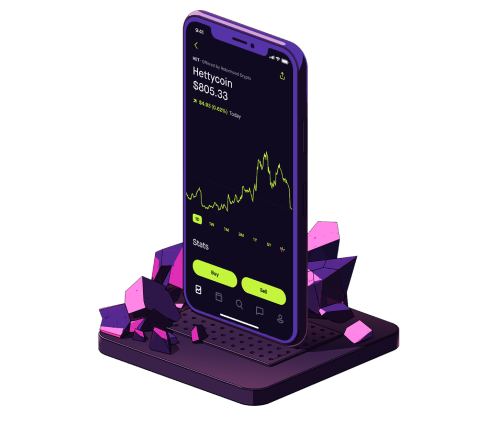 Right from the beginning of this year, Robinhood has been in news — albeit not always for the right reasons. It started with the GameStop phenomenon where a few Redditors were able to take on Wall Street by ensuring the increase in the price of the stock price of the offline gaming retailer. Robinhood, with its user-friendly interface and no-fee for trades, was a huge enabler for the same. But not everything has been a rosy affair for the trading platform. Soon after the GameStop saga, it had to take $3.4 billion additional capital to meet deposit thresholds. And while its IPO was among the most anticipated ones, the market didn’t respond positively. So, what exactly is happening with the exchange? And where will it go from here? Let’s find out.

Tepid response to its IPO

Robinhood went public on July 29th with the ticker symbol HOOD. Worth noting that while Robinhood allows users to trade equities, it also offers the ability to buy and sell crypto. That’s why we had mentioned it in our list of top crypto companies going public as well. The listing valued the company at around $35 billion at the top end of the share price of $42. Selling over 55 million shares, the platform aimed to raise more than $2 billion. Even its IPO process was unusual, as it reserved 20% to 35% of the shares for Robinhood users.

However, despite all the hullabaloo surrounding its listing, it received a lukewarm reception. Retail investors purchased only $18.9 million worth of shares. That led to its share price being 8.4% less than the IPO price.

While Robinhood might seem like a do-gooder with its zero-commission trading functionality, there’s more to it than meets the eye. Robinhood makes money with a concept called “payment for order flow”. What that means is that it routes users’ trades to firms like Citadel Securities, and this makes up 75% of its $958.8 million revenue in 2020, as per its S-1 filing. SEC’s Chairman Gary Gensler already raised concerns for the same.

Sudden price movements in its stock

What’s interesting is that Robinhood is also going through the meme stock phenomenon it seems. After debuting at a lower price and despite concerns about SEC regulation, the share price got a sudden interest a couple of days later after its public listing. The price almost doubled within a week to $70.39. Even institutional investors showed interest in the stock with ARK Investment Management’s Cathie Wood adding more stocks to its portfolio, creating a sizeable $250-million stake.

After going public, if anybody thought that Robinhood would be tightening its purse strings, that’s not the case. Just last week, it acquired investor communication platform Say Technologies. With its latest buyout, investors will be able to engage with the companies they are investing in. The all-cash deal has been valued at $140 billion.

What’s next for Robinhood?

Apart from the price action and ongoing regulatory hurdles, it’s important to see where Robinhood might be going in the future. After all, that’s the main thing that the company and its founders, Vlad Tenev and Baiju Bhatt can control. It seems that they are aiming to make Robinhood a one-stop destination for all monetary needs. Even its acquisition of Say Technologies will help it achieve the democratization of finance technology. It’d also be interesting to see how much crypto plays a role in taking Robinhood to the next level.