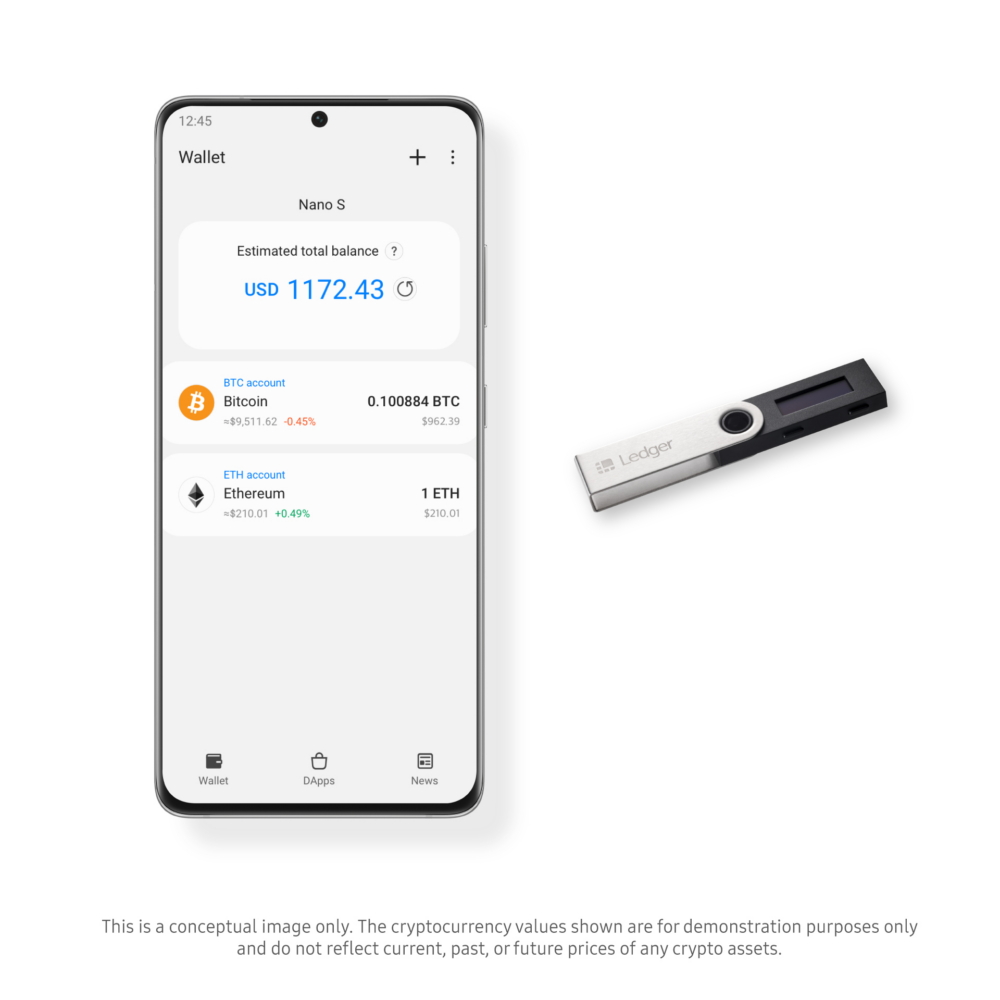 Samsung — the world’s biggest phonemaker — has announced the support for hardware wallets with Galaxy smartphones. The South Korean titan will now allow the users of its devices to transfer virtual assets to the Samsung Blockchain Wallet. Samsung has introduced Blockchain Wallet a couple of years ago with the launch of the Galaxy S10. With this move, it’s aiming to become a significant player in the crypto custody services space.

Along with the support for Samsung Blockchain Keystore, Galaxy smartphone users can also connect hardware wallets such as Ledger Nano S and Ledger Nano X for storing cryptocurrencies.

The Blockchain Wallet supports the most popular cryptocurrencies such as Bitcoin, Ethereum, Tron, Stellar, etc.
Along with cryptocurrencies, Galaxy users can also explore dApps (decentralized apps) across various categories like games, social media, and finance, among others. Samsung also provides recommendations to users about such apps.

To provide security, Samsung Blockchain Wallet makes use of its popular defense-grade Knox security platform. Furthermore, the private keys for cryptocurrencies and dApps are encrypted and stored in an encrypted area of the chipset (secure processor) dubbed Samsung Blockchain Keystore. One can access this by providing the PIN or fingerprint authentication.

The Chaebol has also announced that it’s opening its Samsung Blockchain SDK. This will allow developers to build dApps that can make use of data on Samsung Blockchain for processing transactions. Samsung is also providing APIs for dApps to transfer digital assets to or from different third-party cold wallets.

In addition, the users will also be able to read the latest news in the world of blockchain and cryptocurrencies (powered by CoinDesk) on the Blockchain Wallet app.