More
HomeNewsSolana is on a roller coaster ride but why?
News

Solana is on a roller coaster ride but why? 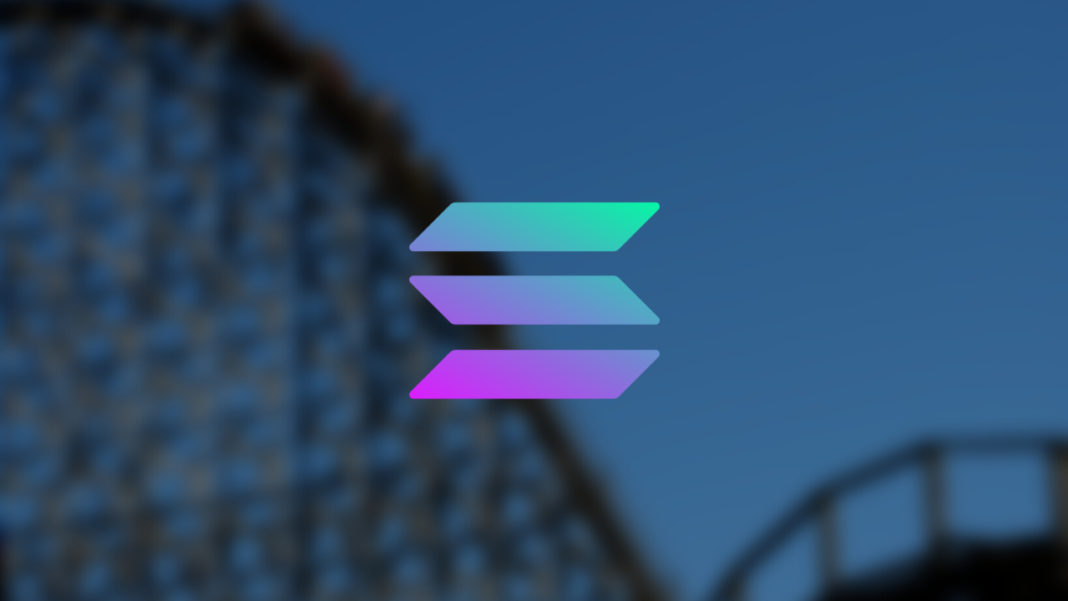 It’ll be an understatement to say that Solana is on a roller coaster ride lately. One of the most popular platforms for developing dApps has seen some upward and downward trends with its all-time high at $140s but its lowest point at $85s. But why is it so?

Solana boasts about some impressive feats, as it claims itself as one of the fastest networks without sacrificing decentralization. It uses a modified form of the Proof-of-Stake consensus mechanism known as Proof-of-history. Due to this, Solana can process 50,000 transactions per second. This is massive compared to Ethereum we use today which processes about 15 transactions per second.

However, Solana’s network has remained prone to outages due to high congestion. In fact, recently, the blockchain network suffered another outage after a significant number of transactions flooded the network.

Solana had also faced a similar issue in September last year when it had to stop the block production for hours. The community has criticized these setbacks that the network has to face which grew up increasingly after one of the co-founders commented about Bitcoin’s switch to PoS mechanism.

Anatoly Yakovenko, one of the co-founders spoke about Bitcoin, stating:

“If [Bitcoin] eventually doesn’t switch to proof-of-stake nobody is going to use it.”

This saw a lot of attention from the community, many mocking their platform saying:

“Eventually if Solana doesn’t have consistent uptime, nobody is going to use it.”

After a couple of hours, Solana Status updated the public about the network restart. Their Twitter account wrote:

“Validator operators successfully completed a cluster restart of Mainnet Beta at 3:00 AM UTC, following a roughly 7-hour outage after the network failed to reach consensus.”