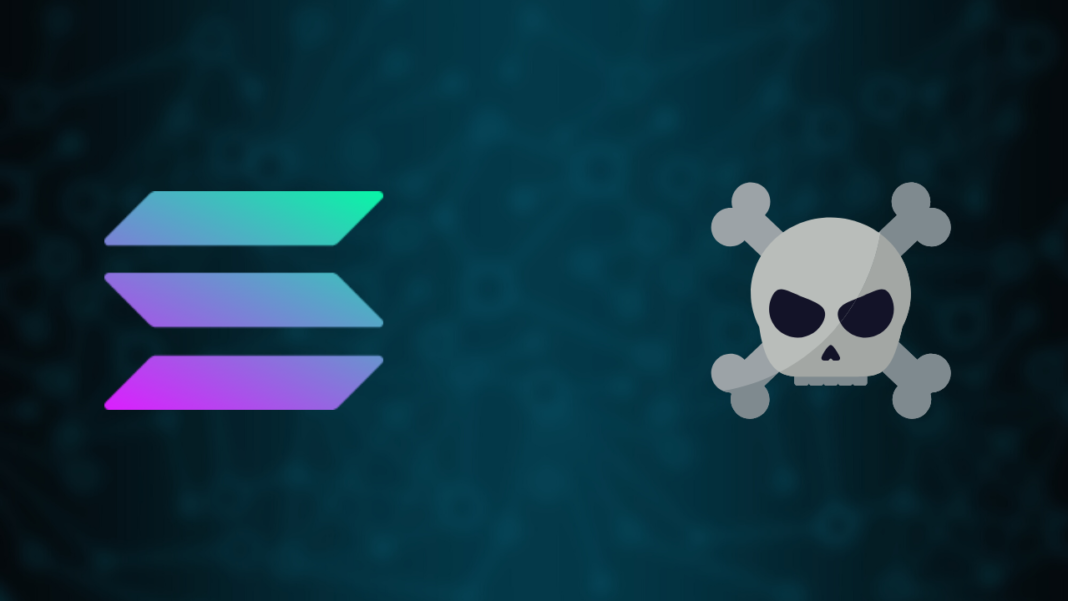 Solana Blockchain reportedly had a distributed denial-of-service (DDoS) attack past 24 hours. Surprisingly, the network remained online throughout the reported attack.

Before you ask, A distributed denial-of-service (DDoS) attack is an attempt to disrupt the normal traffic of a network via overwhelming its infrastructure with a flood of Internet traffic. Usually done via a botnet, they overload the network with fake traffic, forcing it to go offline.

Solana has had such attacks before, the latest of which happened in September. At that time, the network suffered a 17-hour outage due to mass botting activity. Moreover, that mass botting activity occurred for an initial DX offering (IDO) on the Solana-based Raydium platform.

“We are aware tokens are taking a long time to distribute. The Solana chain is being overloaded with DDoS attacks which have clogged the network causing delays.”

Besides this, infrastructure firm GenesysGo reported the DDoS attack, stating that is validator network is facing issues with processing transaction requests. They tweeted about this and reassured the community that users would not lose their funds.

As of now, Solana Foundation hasn’t confirmed any attacks. On the other hand, multiple accounts have stated that Solana has suffered a global outage. Also, Veribit CEO Roy Murphy stated regarding the situation:

“Solana crashed again and is currently offline. Engineers are looking into ‘rebooting the system.’ Seriously, you can’t make this shit up!”

Members of the r/Solana subreddit noticed the network clogging to another IDO launch on Radium yesterday.