Newlife.ai: Things to know about the metaverse-enabled social network of the future 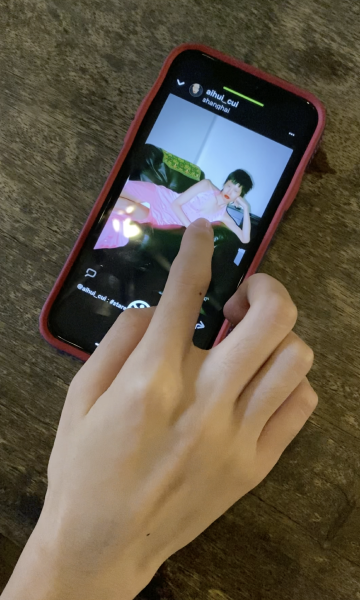 We’re sure that you won’t be alone in thinking that Facebook yields too much power in the world of social networking. It has become the de facto social network and hence it’s not surprising to see that its ad network is second only to Google. Moreover, even if you don’t want to use Facebook, you’d be using some or the other app that’s in the Facebook ecosystem — Instagram and WhatsApp being clear examples, but even many other websites leverage FB data. That’s not to say that there’s no competition to Facebook. There are privacy-focused options such as Signal and Telegram, or AI-driven apps such as TikTok, but they don’t offer the entire gamut of features.

Many believe that crypto and blockchain can change that. And that’s what the team behind Newlife is relying on. It aims to create a new paradigm in social networks by focusing on what you really like and giving you the ability to directly encourage the creators you follow. Want to know more about it? Keep on reading…

A word that has become the buzzword these days is metaverse. What the term signifies is that in the future, people would want to have a collective virtual shared space that will be the best of both real and virtual worlds. Newlife wants to be able to offer exactly that with its app. And instead of the attention economy, it’s coining a new phrase for the same — aesthetics economy.

It’s creating a new algorithm where users will be able to train it basis the aesthetics they like. That means, the social network also has a video game-like feature set. Better the content curation, better will be blockchain-based currency (dubbed NEWCOIN) rewards for users. Lastly, one can buy the products created by creators as well, and hence Newlife also rides on the popular NFT boom. Worth noting that Newlife won’t be charging any commission on the transactions, but the fees that will be charged will be redistributed to the community.

The Newlife team constitutes of 6 members who have a solid background.

While Newlife hasn’t announced any funding publicly buy do expect some big announcements soon. Keep reading Total Krypto we will keep you updated.

The total available supply of $NEWCOIN would be 1 billion, however, the maximum supply at any point would 1,888,888,888.

Allocation-wise, 50% of the tokens would be reserved for the community, while 20% would be held for private sales and team and advisors each. The remaining 10% tokens are for creative partnerships.

Newlife hasn’t defined the proper vesting schedule for all the stakeholders except for mentioning that it’ll be decided on a case-to-case basis. It does mention, however, that the tokens for team and advisors will be vested for 6 years

From the surface, Newlife’s objective is evident, although it does have a lot of layers. It aims to change the way we use social networks by giving the power to creators. And for the audience, instead of engaging basis the vanity metrics, it aims to make them get attracted to aesthetics itself. That’s why, there’s no concept of following. Instead, the algorithm is dubbed FLOW which is trained by letting the user long-press the screen of their phone (dubbed DeepTouch). The longer you press, you are able to show your appreciation for the content higher. To dislike, you simply need to release the touchscreen, and the next content will load.

The app has divided the units of computing as NODES, which can be purchased or earned as a reward. They can be purchased by NEWCOIN once the supply of NODES is sold out, or a user wants to save the credit card transaction fees. After finishing your free quota, you can purchase NODES for $0.80.

Initially, the ecosystem will remain centralized and make money from app stores on Android and iOS. During this phase, the aim of the project is to focus on growth – both in terms of users, and engagement. On Android, it has a rating of 3.7 with total installs of more than 5,000. The app does fare a little better on iOS with a rating of 4.7.

Post that, the project will be letting retailers, brands, and more, purchase $NEWCOIN to sponsor content creators on the Newlife platform.

The last and most important step is to decentralize the ecosystem. For that, the project will turn to EOSIO. It’ll deploy its currency on EOS main net. This is a two-year project however, and is a longer-term vision.

As we’ve mentioned before, you can understand Newlife and what it’s trying to do. However, when you start peeling the layers, you realize how complex it is. It’d be interesting to see if it succeeds in its audacious goal or not, but we’ve to admit it does seem to be getting a lot of things right.