Bitcoin ETFs: Things you should know! 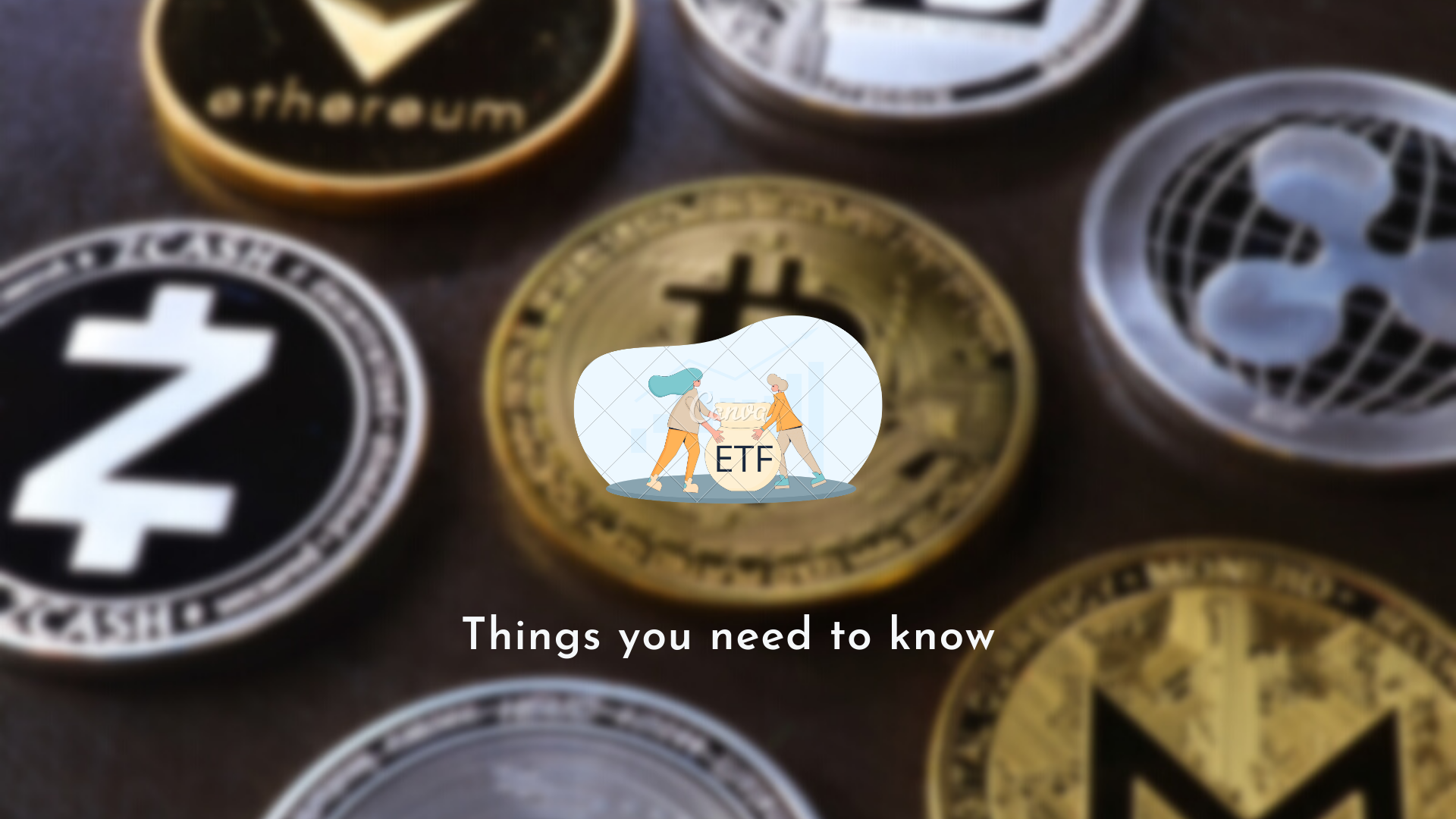 If you’ve read about investing in equity markets, you must have heard about ETFs. Short for Exchange-traded fund, an ETF is a type of security that tracks an index, sector, commodity, or any other asset sold on a stock exchange.

It can be structured to track anything from the price of an individual commodity to a large and diverse collection of securities. A well-known example of an ETF is SPDR S&P 500 ETF, which tracks the S&P 500 index.

Just like an ETF tracks an index or, more specifically, a commodity, a Bitcoin ETF tracks the premier cryptocurrency. It basically mimics the price of the digital currency through which investors can buy into the ETF without trading Bitcoin itself.

What’s a Blockchain ETF then? Is there any difference?

Unlike Bitcoin ETF, a Blockchain ETF primarily track the stock market prices of companies that are advent in the blockchain technology of their fund. These ETFs have already made their debut in mainstream markets, and some of these ETFs are:

Blockchain ETFs also have an advantage over Bitcoin ETF due to Blockchain Technology which is neither banned nor under scrutiny by regulatory agencies, unlike Bitcoin and other cryptocurrencies.

What’s the advantage of buying a Bitcoin ETF?

To understand this, we need to understand the broader aspect of ETFs. First of all, ETFs in equity markets generally not only tracks a particular index or share and generally club a lot of them according to their similar features like capture market, market capitalization, sustainability, etcetera. Buying an ETF allows you to diversify your portfolio, which decreases loss risks to an extent. Generally, it is considered a good practice of buying multiple shares from various sectors of the market. Buying an ETF also negates several complex and time-intensive procedures.

Most of the advantages mentioned above apply to Bitcoin ETF. Since storing cryptocurrencies is not an easy task for an average customer, Investing in a Bitcoin ETF solves issues like complex storage and security procedures. Moreover, buying/selling cryptocurrencies hasn’t quite reached the finesse as traditional equity markets have. Their legality remains in a grey area in some markets, which could spell problems in the future. Instead of this, buying/selling ETFs tracking Bitcoin is not only a safe call but a simpler call to do.

Short-selling: Bridging the gap between equity and crypto markets

A major advantage to Bitcoin ETF is the inclusion of short-sell. Short-sell was not possible in the cryptocurrency market due to a radical differentiation from equity markets. Since ETF is an investment vehicle and not the actual commodity, Investors can short shell their ETFs if they believe Bitcoin will go down in the future.

This will shorten the difference between operating in an equity market and a crypto market. But what’s the catch, then? Why haven’t we seen any Bitcoin ETFs yet?

The answer is.. it’s complicated.

Firms that have tried to launch Bitcoin ETFs have run into trouble with regulatory agencies. A popular case is of Cameron and Tyler Winklevoss, who’ve developed Gemini Digital Currency Exchange. These guys wrote a petition to launch a Bitcoin ETF back in 2017. Sadly though, it was turned down by the SEC because Bitcoin is traded on ‘largely unregulated exchanges, susceptible to fraud and manipulation.”

They both did not give their efforts and soon got patent approval from U.S. Patent and Trademark Office for a firm regarding exchange-traded products.

They aren’t the only ones who’ve tried to venture into this space. Cboe Global Markets, the exchange responsible for Bitcoin futures, has acquired Bats Global Markets, which the Winklevoss ETF have been eyeing for a while. CBOE are also in the hope that SEC will soon permit digital currency-based ETFs.

The primary issue of SEC with Bitcoin ETFs is their general lack of trust in a largely unregulated market. A fintech company named VanEck and SolidX tried to alleviate it by announcing a Bitcoin Trust ETF. This ETF would target institutional investors and track an index related to a group of Bitcoin trading desks. The idea, as explained by VanEck CEO Jan van Eck to Coindesk, was:

“To build something that may be better than other constructs currently making their way through the regulatory process. A properly constructed physically-backed bitcoin ETF will be designed to provide exposure to the price of bitcoin, and an insurance component will help protect shareholders against the operational risks of sourcing and holding bitcoin.”

Although it was widely expected that things could change after the appointment of the new SEC chair named Gary Gensler, who has been advent into the crypto world, things don’t look so good. The SEC is a regulatory filing has recently stated that they’ll like to seek more public comment on a proposal to list a product on Cboe Global Markets. Not only that, but the agency has continued to express concerns that crypto exchanges lack oversight. They have also laid out fresh warnings about investing in mutual funds investing in Bitcoin futures.

It remains a question whether Bitcoin ETF will get approval or not, but it’s almost certain that ETFs based on cryptocurrencies will soon be a thing in the future.