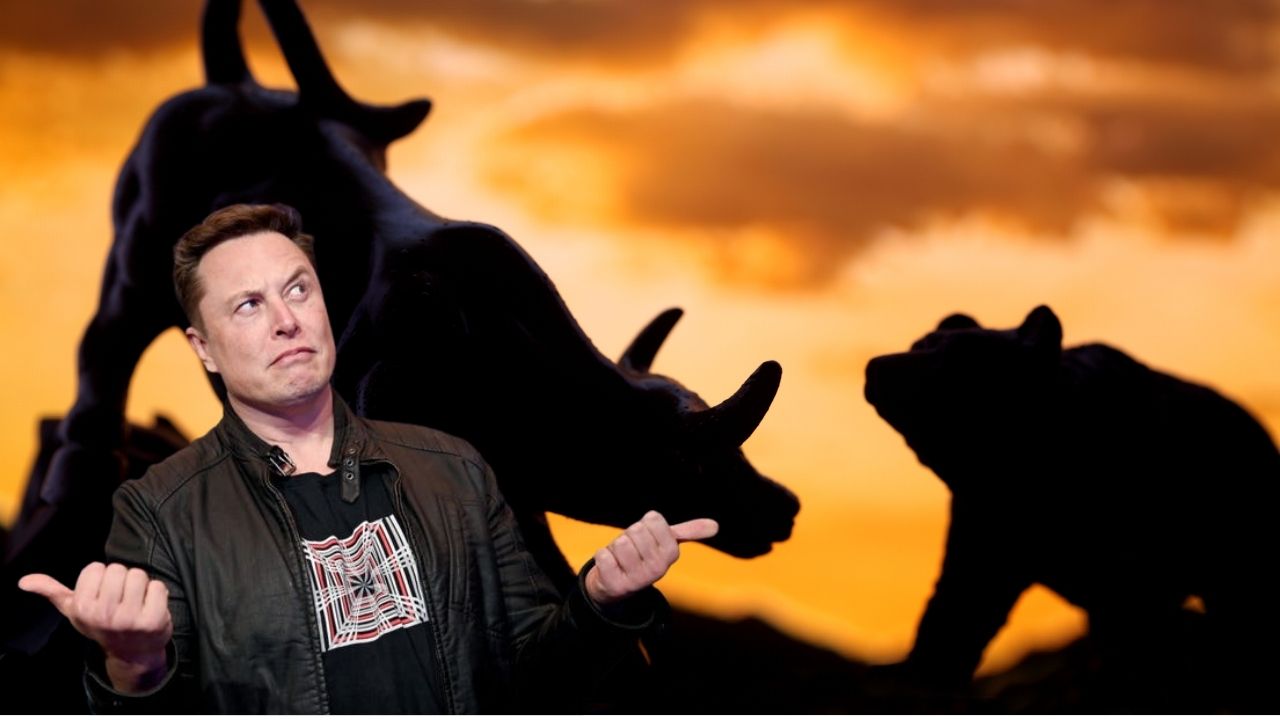 Elon Musk’s sudden swerve away from Bitcoin has sparked a downfall in the premier cryptocurrency. In fact, you could say that it has given up most of the ‘Elon’ gains, or the gains it started making after Tesla announced its purchase of the currency. And plans to allow it to be used to purchase Tesla vehicles too. For now, while the firm has not sold any of its holdings, the plan to allow bitcoin purchases remains in limbo.

While volatility is an ever-present ‘friend’ for cryptocurrencies, for now, it has to be said that some of the gyrations that have been caused by Musk recently could have been avoided if Musk had been a normal person doing normal research. For instance, his logic for going cold on Bitcoin, that it consumes an unsustainable amount of energy and the resultant carbon emissions, is a fact that has been for some time. And has been flagged all the way back from 2017 and beyond. The contradiction with Musk’s ‘eco-friendly’ businesses that his companies Tesla and Solar City, are offering was always on the table.

Elon has been a proponent of cryptocurrencies and believes it to be the future currency on Earth.

Elon Musk has been one of the more ‘vocal’ proponents of cryptocurrencies. He believes these digital coins will become the future currency on Earth. And he isn’t alone in this. Many heavyweights in the financial sector are giving their due importance to cryptocurrencies. Wall Street titan Goldman Sachs is looking into investing in cryptocurrencies in the second quarter of the year. Visa and Mastercard are also in the race for equipping their services to incorporate cryptocurrencies, especially Bitcoin. Payments Giant PayPal had recently acquired a crypto start-up named Curv and his ‘Venmo’ offering allows users to buy/sell cryptocurrencies. S&P even introduced a Bitcoin Crypto Index this month.

Many countries have also changed their laws to incorporate the use of cryptocurrencies legally. Although there are countries like Turkey and China opposing this move, it is more likely that cryptocurrencies will be legalized in major parts of the world.

But after Elon’s sudden announcement, how has the Bitcoin community reacted to it?

Most of the Bitcoin community isn’t pleased with Elon’s announcement.

After Elon’s announcement, BTC fell from around $54,500 to around $47,700 in 2 hours. Although it briefly recovered to the 51-thousand mark, overall sentiment towards the premier coin has been ‘bearish’.

Most of the community is not happy with Elon’s announcement. Many people are calling him out as a ‘market manipulator’.

A flurry of memes and jokes poured on Twitter regarding Elon and Bitcoin.

While all this was going on, Elon’s tweet about DOGE as a means of donation for SpaceX projects caught the attention of people who thought that he’s fraudulently boosting coins like DOGE for his ‘own benefit’. Remember, Elon has been a bigger supporter of DOGE than BTC.

Elon’s supporters claimed that the issues put out by him are valid and should be considered.

Although many people weren’t exactly happy with his retracement, Elon’s supporters said all the current issues. Bitcoin mining is having aren’t far-fetched at all besides being 3 years too late, of course. Elon’s issues were the centralization of Bitcoin mining in the Chinese region where thermal power dominates and the high cost/transaction ratio.

According to ycharts.com, Bitcoin’s Average Transaction fee is $13.44, which in the past has peaked to as high as $60. What’s more surprising is that 2 years ago, the average transaction fee was not even a single dollar. This is an issue major crypto coins like Bitcoin and Ethereum are facing due to scalability issues. Or maybe it is simply the high early cost of finding credible backers who stake their reputations and money in helping build a platform for them.

As far as energy consumption is considered, Bitcoin’s energy consumption has dangerously increased at a swift pace (about 66 times higher than in 2015). Moreover, given the major institutions’ acceptance of the premier cryptocurrency, the cost is expected to grow even further. Things get worse when we realize that most of the energy is generated from fossil fuels which in turn degrades the environment even further.

The problem with major mining firms is their reluctance to switch from fossil fuels to renewable sources. Elon calls it a major issue which is why it has suspended the use of Bitcoin for buying Tesla vehicles.

Although Elon’s points are valid and should be considered, people suspect the timing of his actions for his own benefit.

Elon hasn’t actually said that he can speak his mind and change it on Crypto simply because it remains a more or less unregulated entity. Perhaps his tweets are simply an expression of this ‘freedom’ around Crypto. But Elon also needs to realise that the whole business edifice he has built against the odds, and tremendous adds they were, finally exists because he stayed true and focused. His crypto rants, in particular, have been anything but lending credence to the manipulation argument. Perhaps Elon is simply testing the limits of his influence. Either way, this is the kind of testing that could lead to a very high destruction rate.

Amidst all this, one must realize that trading whether is it stocks or cryptos, should be done with proper research and observation. Perception-based trading doesn’t work in the long run and to make matters worse, isn’t wise for the trading scenario as well. All this negatively impacts the market, which is exactly what had happened after Elon’s announcement. Although major cryptocurrencies haven’t been exactly gone in a free-fall like the fall of 2017, the entire market has been ‘bearish’ and looks like it’s going to be like that for a while.