Everything you need to know about Bitcoin’s Taproot Update 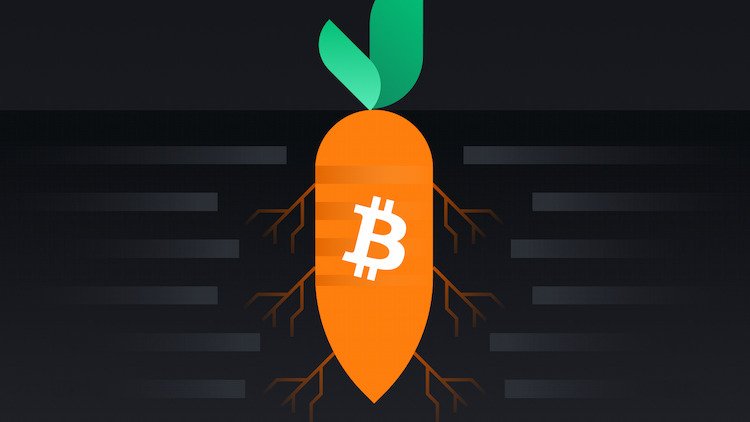 All the Bitcoin features have remained the same since 2017, and there has been no improvement to the world’s dominant cryptocurrency. However, the market has witnessed a strong surge in developing better tokens, having more usability and privacy. This made Bitcoin developers come up with their first update over the years, which is called “Taproot.”

It has been waiting for the approval of the Bitcoin community and its stakeholders. Now that they have finally received the green flag, the new upgrade will be coming to action by November of this year.

In this article, we will be getting to know about the new features of Taproot Update and how they will be affecting the users.

What is New about the Taproot Update?

Taproot update will be containing certain changes in the policies, along with the addition of various features that will help the stakeholders. This update is expected to improve both transaction transparency and privacy.

One of the main changes with this update will be the digital signature which was earlier using an algorithm called the “Elliptical Curve Digital Signature Algorithm (ECDSA).” This algorithm was responsible for assigning a unique number or signature with each Bitcoin account so that only the rightful owner could spend the coins.

On the contrary, the Taproot upgrade will be using a new type of signature called ‘Schnorr Signature,’ which will simplify operations and make multi-signature transactions unreadable. This will make the transaction process much more secure, as there will be very minimal exposure of the data keys in the chain. Using this Schnorr signature, simple transactions could not be distinguished from complex ones.

Another feature that was available in Ethereum, but not in Bitcoin, is running smart contracts effectively and cheaply. This is now possible in the Taproot update of Bitcoin because of Schnorr signatures which takes up smaller space. In the current version of Bitcoin, it will neither be cost-effective nor a time-sensitive process. So, the ability to process smart contracts is one of the main features of Bitcoin that everyone is waiting for.

This ability to process smart contracts will also give Bitcoin the ability to replace Ethereum as the favorite choice while making purchases in the De-Fi marketplaces.

What is the Reason for this Long Wait?

The developmental task for the Taproot version has already been completed, but the release will be by the month of November. The reason for this delay is the rigorous testing and experimentation to ensure flawless operation post its release. This will also be checking for any potential bugs in the system that can damage the entire cryptocurrency network if not eliminated at an early stage.

Especially after the disaster that happened in 2013 due to a problematic migration update. This resulted in bitcoin dividing into two parts temporarily as the miners and clients went out of sync.

Other than all these factors, the reason for this delay is that any governing body does not control Bitcoin. It is a currency of the people, so making changes to this system is hard as the community’s approval is the most important factor. The good thing is that the proposal got unanimous support from miners as it achieved 90% consensus on June 12. Also worth noting is the fact that it’s a soft-fork update, so its unanimous support shows how it has caught everyone’s attention with its proposed features.

How will it Benefit the Stakeholders?

This has been one of the most important amendments to the Bitcoin platform since 2017. The upgrade has been supported by the majority of the investors and miners, which shows how revolutionary it could be. The reason for this support is as follows:

Taproot is the much-awaited update for Bitcoin, and with it, its privacy and usability are going to grow. This can also result in a rise in its market value after this new upgrade by the end of this year.

Taproot upgrade can also make investors understand how it is not like gold and how it can be updated from time to time to keep up with the market trends. Taproot’s feature of managing smart contracts can allow it to be a valid competition for Ethereum, which is powering DeFi marketplaces, NFT boom, among other things.