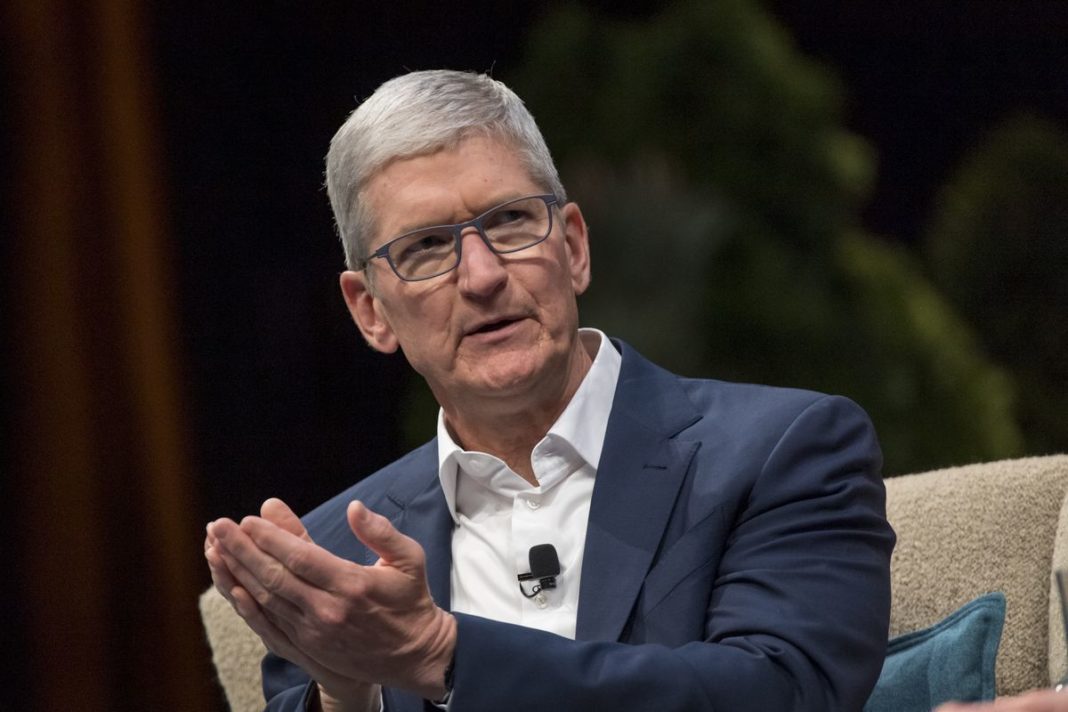 Tim Cook, the CEO of Apple, hasn’t ever talked about Cryptocurrencies at a time when many top CEO like Elon Musk has regularly been talking and sharing their thoughts about Crypto on Social Media. But finally, Cook has broken his silence.

Tim Cook said in an interview with Andrew Ross Sorkin at The New York Times DealBook online conference said, “I think it is reasonable to own it as part of a diversified portfolio, and I’m not giving anybody investment advice. He talked about his bullish views on the future of Augmented Reality (AR). One more exciting part of the conversation was, however, Cook’s perspective on cryptocurrencies.

Sorkin also asked the Apple CEO if Apple has any plans for cryptocurrency. And he replied vaguely by saying, “It’s something we’re looking at. It’s not something we have immediate plans to do”.

He further said, “I would characterize it as there are things that I would not do like our cash balance. I would not go and invest that in crypto not because I would not invest my own money in crypto, but because I don’t think people buy Apple stock to get exposure to crypto.”

The billionaire also added that he isn’t planning to take crypto in the company’s products. Contrasting this, he said, but there are several aspects of crypto that the company is “definitely looking at”.

The company’s co-founder Steve Wozniak also made some interesting statements about Bitcoin. About how the digital asset exceeds Gold in benefits. And how it is a “Miracle of Technology”.

Tim was also asked about his position on NFTs (Non-Fungible Tokens) that have become quite the rage nowadays. He said that that the concept is quite interesting. However, he also added that it “will take a while to play out in a way that is for the mainstream person”. He thinks there are still some concerns that make it a tricky concept for a layman to understand.

The statement is quite interesting given the history of the company with NFTs. Apple was sued by some software developers on the account of their antitrust laws.

While cryptocurrencies are the talk of the town worldwide, many countries have taken a defensive stance on the topic. Nonetheless, companies like Tesla and even Twitter have been talking about it for many years now. Twitter CEO Jack Dorsey often tweets about it and earlier this year said that crypto will be a big part of Twitter’s future.