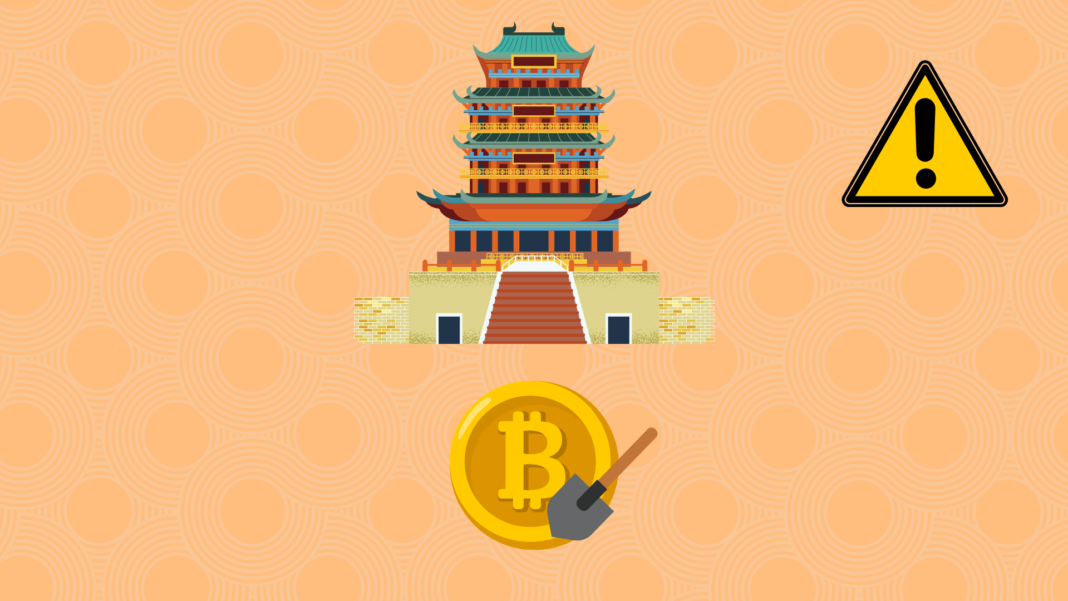 China’s cryptocurrency mining operations could face a setback with the Government’s concern about energy consumption in bitcoin mining.

According to Cointelegraph, Beijing had sent an ’emergency notice’ to conduct checks on data centers involved in bitcoin and other crypto mining operations. The notice which was sent on April 27, met with some panic in China.

However, people in the industry were quick to point out that this wouldn’t affect bitcoin miners in the short term. Chinese columnist Colin Wu noted:

According to Chinese state media PengPai, the ’emergency notice’ was routine work accounting for a clearer picture of energy consumption from Beijing-based data centers.

It is yet to be known whether these checks will be carried out on a national scale. However, people in the blockchain industry believe that things are gonna change soon for Bitcoin mining. Moreover, The rotating chairman of the Blockchain Committee of China Communications believes that:

“under the background of carbon neutrality, the future blockchain mining will indeed have stricter supervision.”

Stringent mining conditions will have global effects on the ‘cryptocurrency scene’. Many believe that bitcoin’s sharp crash to $50,000 earlier this month was in part due to Xinjiang’s drop in hash rate. The drop in hash rate was because of power outages around April 17.

According to the data from Cambridge Bitcoin Energy Consumption Index, Xinjiang had accounted for 35% of China’s Bitcoin hashing power in April.