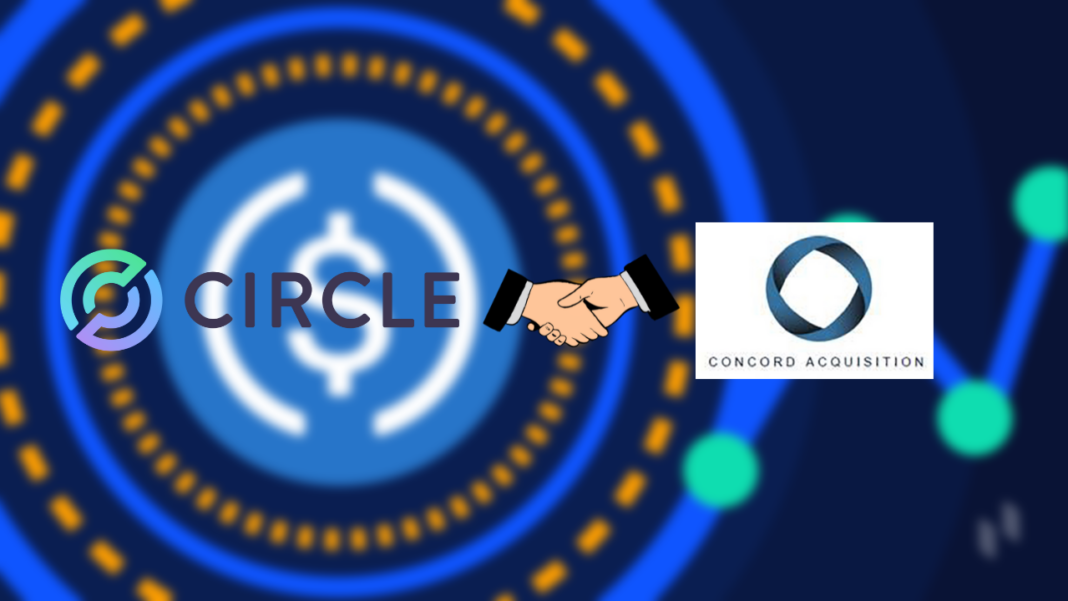 The company said in a statement, ” The transaction values Circle at $4.5 billion. Upon completion of the transaction, existing Circle shareholders will maintain approximately 86% ownership of the public entity.”

Concord Acquisition Corp, a special purpose acquisition corporation, will manage Circle’s ‘public’ deal. The firm had raised upwards of $400 million last month in one of the biggest funding rounds in crypto history. To put that in perspective, Paxos, a stablecoin issuer, raised $300 million in Series D round in April.

Circle’s push to the public will put both USDC’s Centre Consortium members on the public markets. USDC is a popular stablecoin and is jointly under administration with Coinbase. It has a circulating supply of about $26 billion. Circle also supported USDC’s rollout to other blockchains like Tron recently.

The firm’s company presentation also expects USDC circulation to stand at $190 billion by 2023. That’s a staggering sevenfold growth from its current mark.

Circle anticipates its deal with Concord to close in the fourth quarter of this year. The deal’s backers have provided additional capital commitments of $415 million from investors including Marshall Wace, Fidelity, ARK Investment, and Third Point.

Following this announcement, Concord shares were up by 6.2% according to Nasdaq. Last December, the company went public on the New York Stock Exchange through an IPO of $240 million.