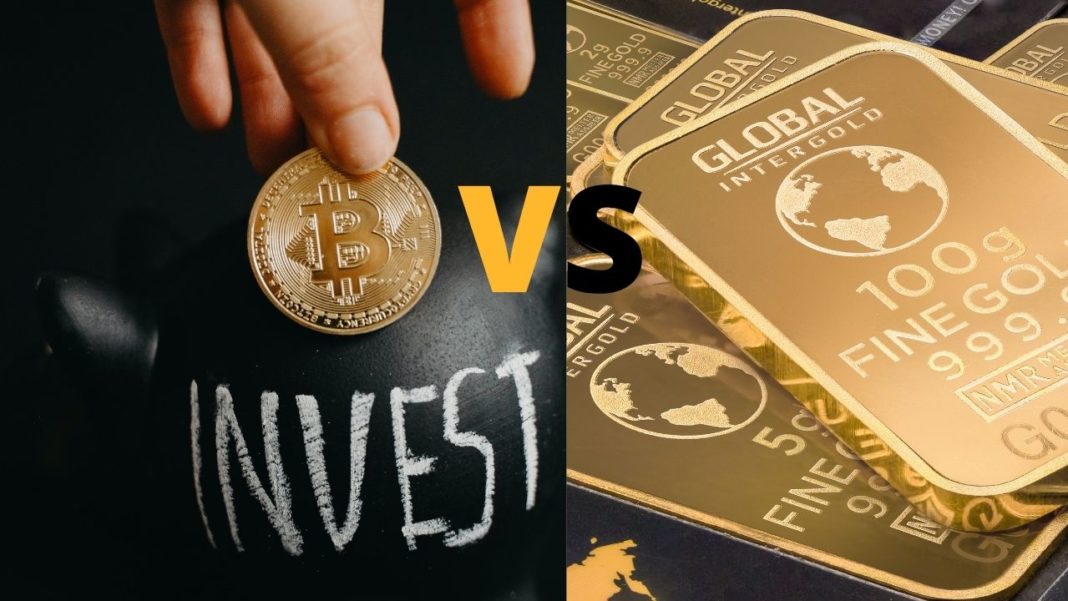 Goldman Sachs seems bullish on bitcoin even though the price of Bitcoin in the recent past has been on a roller coaster ride. Zach Pandl, an analyst from Goldman Sachs, said in a research note to clients, “Digital currency will take market share away from gold this year as digital assets become more widely adopted.”

“Bitcoin may have applications beyond simply a “store of value” – and digital asset markets are much bigger than Bitcoin – but we think that comparing its market capitalization to gold can help put parameters on plausible outcomes for Bitcoin returns,”

Bitcoin’s total market capitalization stands at $700 billion in the present scenario. On the other hand, Gold’s gross worth is a staggering $2.6 trillion from an investment perspective. By these figures, bitcoin currently holds a 20% share of the “store value” of the market, as per Reuters quoting Pandl.

Through its list of 2022 predictions, Goldman Sachs predicted that Bitcoin would most likely become bigger than Gold in proportion. It further added that when bitcoin captures a 50% share in a hypothetical scenario, its price will reach six digits. Last year, Goldman Sachs restarted its cryptocurrency trading desk in 2021. So apparently, Goldman Sachs seems bullish on the bitcoin market.

Earlier, bitcoin traded at a record $69,000 in November. Then, in early December, the price sharply plummeted with little growth throughout the month. Its current price is around $43,000.

The “store of value” term generally defines the assets like precious metals and some currencies, which maintain their worth over time without depreciation.

The idea of bitcoin hitting $100,000 in 2022 was earlier proposed, through a tweet, by El-Salvador President Nayib Bukele as well. El-Salvador is the first sovereign state to declare bitcoin as a legal tender back in September 2021.