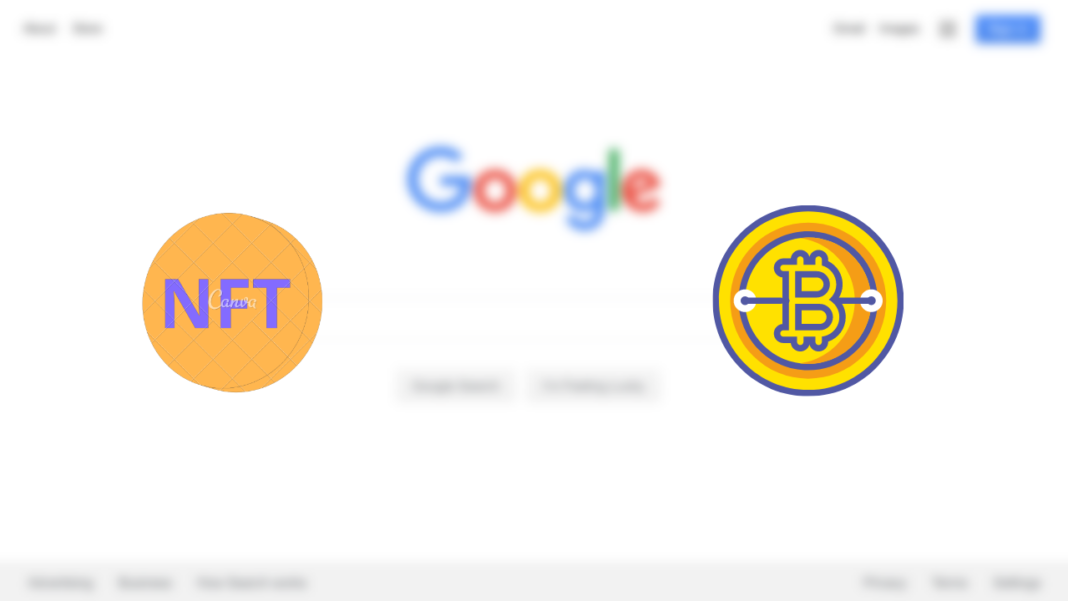 Although crypto has made huge strides this year, non-fungible tokens (NFT) have made even bigger of them. And now, there’s evidence from Google to support this claim of NFT popular than crypto.

According to Google Trends, users are searching for “NFT” more than “crypto”. This isn’t surprising considering NFTs went ‘bonkers’ in terms of popularity this year.

For those unfamiliar, NFTs are digital files existing on a blockchain. Users purchasing NFTs gain rights of ownership to the file as well as access to it.

Tens of thousands of people are bidding on these digital artefacts that gathered millions at auctions this year. Rough estimates suggest that consumers have purchased over $9 billion on NFTs. Moreover, total sales are expected to reach $17.7 billion by the end of the year.

That increase in number is substantial compared to the previous year. According to data from NonFungible.com, total sales in 2020 stood at $340 million. On the other hand, the statistics for this year surpass them by 25 times.

CryptoKitties and CryptoPunks dominated the scene at the first half of the year. Many studies had taken note of that that addressed in their papers respectively:

“The increased interest in NFTs has coincided with the overall boom in the cryptocurrency market, implying that NFT prices will fall if cryptocurrency prices fall.”

As of now, with the ever-so-increasing popularity, many Bollywood celebs such as Amitabh Bachchan, Salman Khan, and Sunny Leone have joined the NFT bandwagon. Recently, Amitabh Bachchan’s NFT included autographed vintage posters and poems fetching $966,000 at the auction.