More
HomeNewsNew York City Mayor is not in favor of the Bitcoin Mining...
News 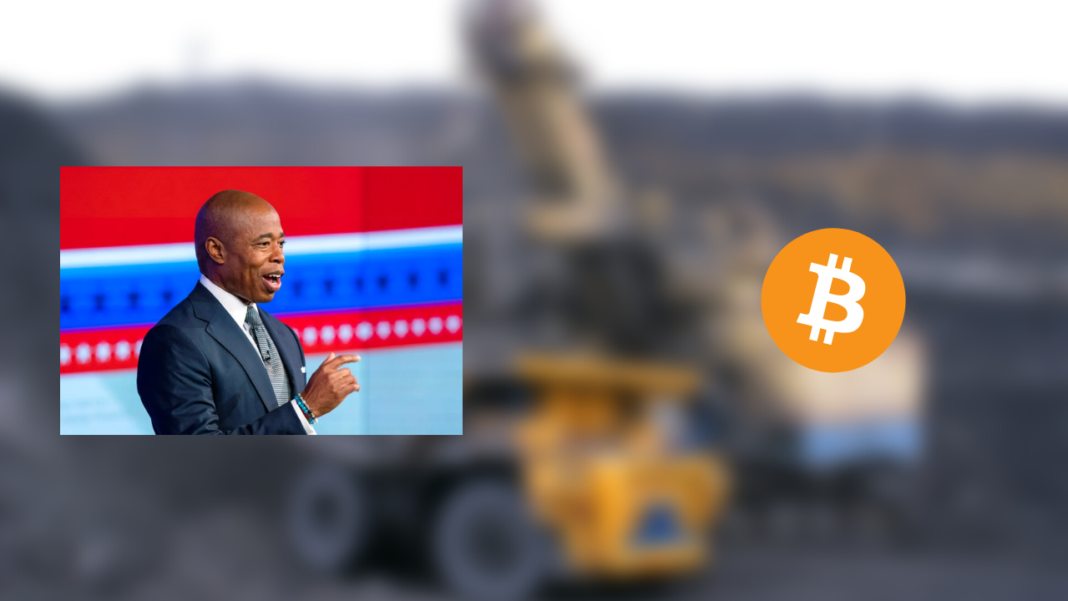 The current mayor of New York City, Eric Adams is generally known for supporting Bitcoin as well as other cryptocurrencies. However, the NYC Mayor is aggressively opposing the recent Bitcoin Mining bill that the New York Senate has passed.

According to the bill, there is a two-year moratorium for any new fossil fuel-powered PoW crypto mining operations. He talked about this on the Crain’s yesterday. In fact, he is planning to ask Governor Kathy Hochul to “consider vetoing the bill”. This is because according to him, “that is going to get in the way of cryptocurrency upstate.”

Adams finds cryptocurrency an important part of the state economy. This is due to the “billions of dollars that are spent on cryptocurrency”. He also added:

“We can’t continue to put barriers in place.”

If Governor Hochul signs the bill, New York will become the first state to impose restrictions on the global dominance in Bitcoin Mining. Besides this, Bitcoin miners active in the state will have to face capped electrical supply for their mining operations.

In the past, NYC Mayor Adams has previously spoken out against Bitcoin mining. At this year’s Executive Budget proposal, Adams clarified his position on crypto mining:

“I support cryptocurrency, not crypto mining.”

However, there is no clear indication of whether Governor Hochul will sign the bill or not. This is because she has previously stated that crypto-mining could create more jobs in the city.