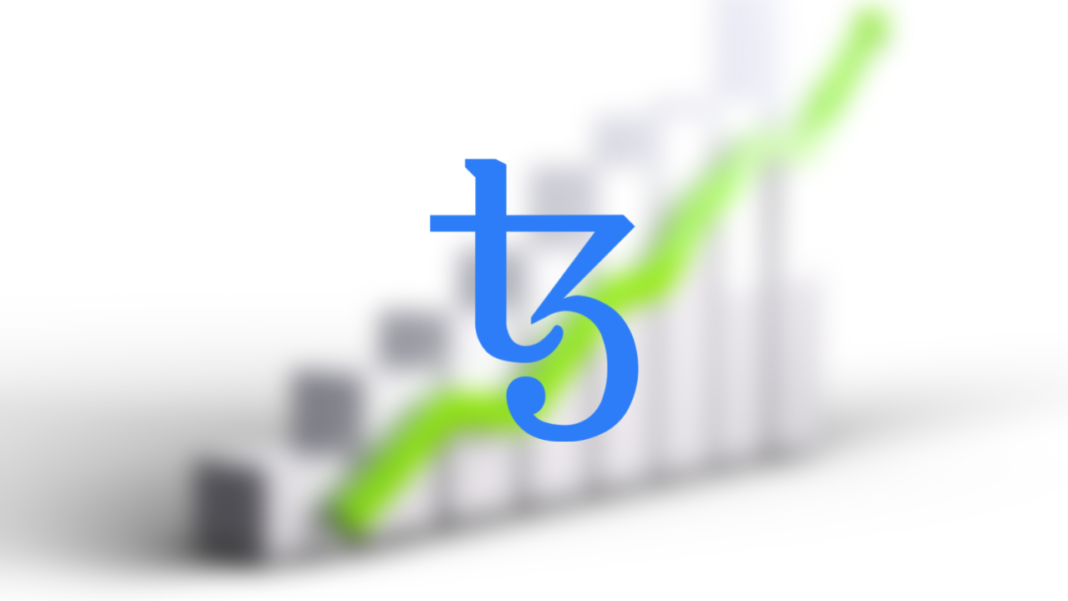 Tezos is a popular open-source blockchain, enabling peer-to-peer transactions and the deployment of smart contracts. In the past 12 months, the Tezos network has seen impressive growth in smart contracts mainly due to NFT demand.

Tezos network aims to compete with Ethereum for NFT minting and markets. There are multiple reasons for which it has had a startling growth lately. According to Coin Metrics’ “State of the Network” report, a number of transactions involving smart contracts grew to more than 50,000 per day.

This is impressive considering that the number stood at less than 10,000 per day before. The report also mentions about generative art platform FX Hash seeing increased interest due to these NFT platforms.

As Ethereum network fees are showing no signs of dropping, NFT creators and buyers are flocking to alternative networks. Not only that but NFTs have caused some controversy due to environmental issues around minting and trading them.

Most of these issues reside on networks with a proof-of-work (PoW) consensus mechanism. Since Proof-of-stake consensus mechanisms are much more efficient, they shouldn’t pose so much trouble. Besides this, Tezos features a portal for all Tezos-based NFT marketplaces.

The network claims that these NFTs are “carbon-neutral” with network fees that are “less than a penny.”

Looking at the active addresses, they’ve reached an all-time high of over 45,000. Moreover, active smart contract addresses have tripled from under 200,000 to over 600,000.

All of this shows the growth of NFT and decentralized applications that currently use Tezos. Moreover, the research showed the total number of daily transactions spiking to over 250,000.