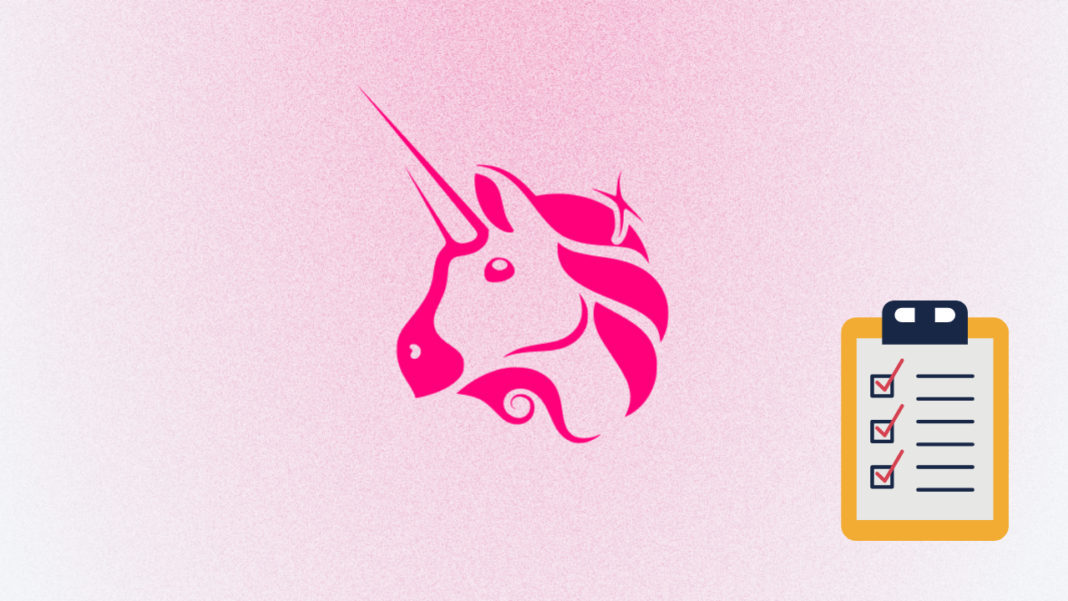 Uniswap, a decentralized exchange, has just announced the delisting of some tokens from its interface. The company made this announcement last Friday. They clearly emphasized that the delisting did not affect the protocol.

The company said in a statement, ” “These changes pertain to the interface at app.uniswap.org — the Protocol remains entirely autonomous, immutable, and permissionless.”

Uniswap Labs is a software developer with a front-end web app portal. It is separate from the protocol itself. Moreover, the front-end is an automated code released for the public good.

In the blog post, Uniswap Labs gave a slight hint about the increased regulatory pressure due to which they are taking this decision. They stated, “We monitor the evolving regulatory landscape.”

Recently, regulatory authorities have been flagging products as securities in the crypto market. Due to this, Uniswap delisted only those tokens/instruments at risk of being classified as securities. Examples include tokenized stocks, options tokens, insurance-based tokens, and synthetic assets.

However, Gold-backed Tether Gold (XAUT) is also delisted. But Uniswap’s founder was quick to the point that out to be buggy code.

Uniswap, with its decentralization but delisting, gave some striking reactions in the crypto community. Many questioned why Uniswap’s UNI holders couldn’t vote on the delistings. Industry observer ChainLinkGod tweeted:

Uniswap is currently leading the decentralized exchange by trade volume. Also, In the past 24 hours, Uniswap’s v2 and v3 versions processed a combined $1.45 billion worth of trade.

Many regulatory authorities are increasing pressure on the crypto sector worldwide. Industry giants like Binance and BlockFI faced a tough time with the United Kingdom and the United States authorities, respectively.